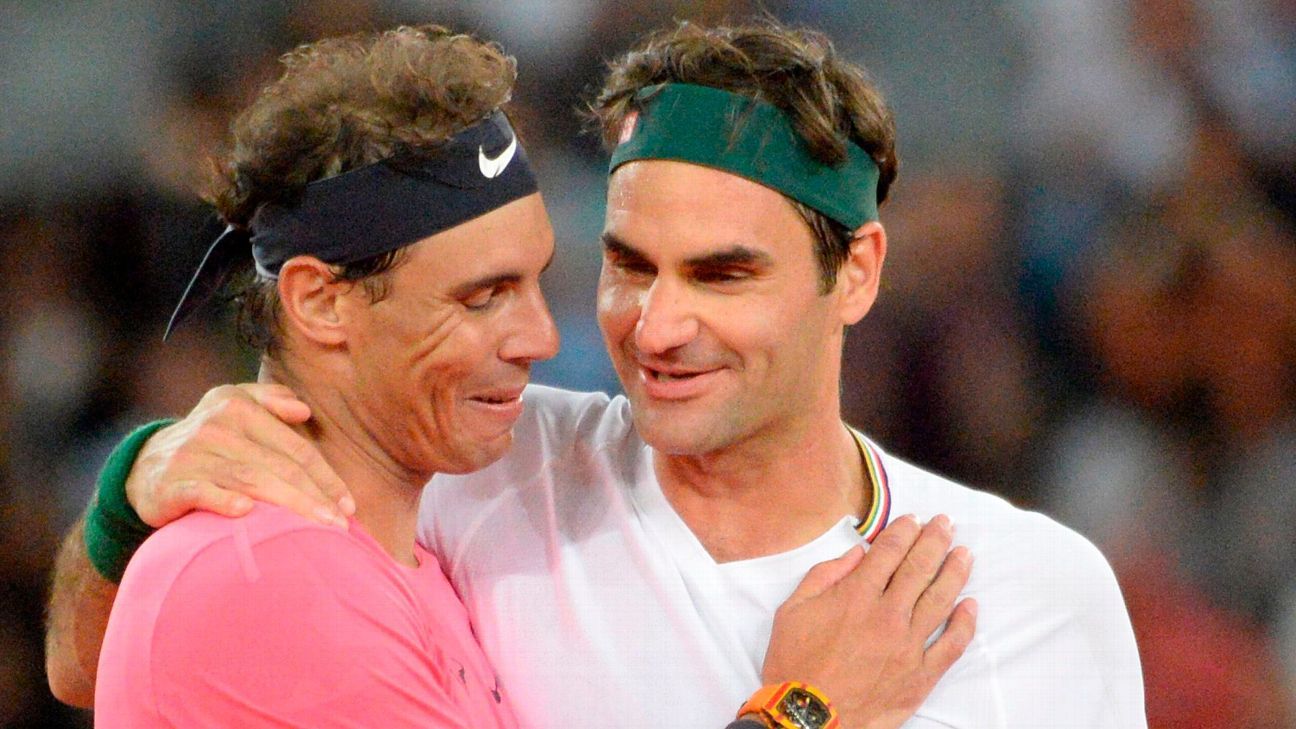 At 41, the world tennis legend Roger Federer announced his retirement from the courts this Thursday. The Swiss will end his career after the wash cupa friendly competition that brings together tennis players from all over the world, and which will be held in London, from the 23rd to the 25th of this month, and will be broadcast by ESPN on Star+.

The owner of 20 Grand Slam titles, Federer claimed to have been suffering from injuries and surgery for the past three years. He was honored by fans, tennis players, athletes and former athletes on social media.

Rafael Nadalone of the Swiss’s biggest rivals, published an emotional letter on his Instagram saying that it was a “pleasure, an honor and a privilege” to share the courts with Roger Federer over the last two decades.

The two competed in three straight Wimbledon finals between 2006 and 2008 and played out one of the biggest rivalries in tennis history. The last one, the only one won by the Spaniard, is considered by many fans of the sport as the best match of all time. The classic even got its nickname: ‘Fedal’.

“Dear Roger, my friend and rival. I wish this day would never come. It’s a sad day for me personally and for sports across the planet. It has been a pleasure, an honor and a privilege to share all these years with you, to live such incredible moments on and off the court.”, said the Spaniard.

”We will have many other moments to share together in the future. There are many things to be done together, we know that. For now, I sincerely wish you all the happiness with your wife, Mirka, your children, your family and enjoy what lies ahead. See you in London at the Laver Cup”, said Nadal in another excerpt of the publication.

“Roger was one of my idols and a source of inspiration. Thank you for everything you’ve done for our sport. I still want to play against you. I wish you the best of luck in the future”, wrote Carlos Alcaraz.

“I love you Roger. Thank you for everything you’ve done for tennis and for myself. Tennis will never be the same without you,” said Juan Martín del Potro.

“Thank you for the shared memories. It was an honor to share time and experiences on the most sacred courts in the sport,” commented Andy Roddick.

“You are the champion of champions. You have the most complete game of your generation and won the hearts of sports fans around the world with your incredible speed on the court and a powerful tennis spirit. You had a historic career with memories that will last. We wish you the best now that you’re on your way,” said Billie Jean King.

“What a heartfelt message, full of love, life, hope, passion and gratitude! Just like the tennis that Roger played and that we love so much. Thank you, thank you, thank you for all the magic,” wrote Martina Navratilova.

“Thanks for everything, Roger. Goodbye. Rocket,” said Rod Laver.

“It was fortunate to be among the witnesses of his journey and to see how he became a champion in every expression of the word… Wimbledon Twitter account.

“The definition of greatness. The end of an era,” the WTA Twitter account wrote, accompanying a photo of Federer alongside Serena Williams.

“An immense athlete. An incredible career. Thank you for everything. We will miss him,” the Olympics Twitter account declared.

“Rafael wouldn’t have been so strong without Roger Federer. He always had to raise his level. Together with Djokovic, each of them made the others play better. It’s a bad day for tennis lovers. I have a son who I admire a lot. Federer, who was waiting for his return and now we know it’s his last game. He had the perfect combination of efficiency and class”, said Toni Nadal to the RMC Sport website.