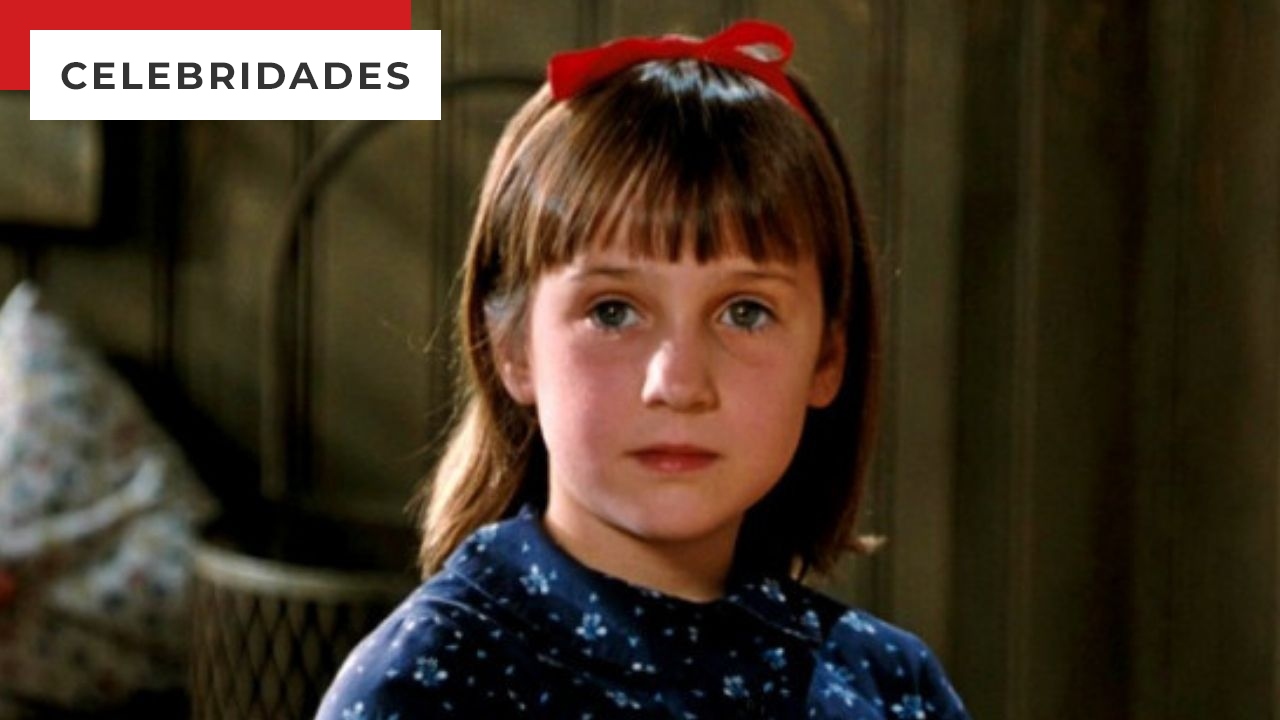 What happened to Mara Wilson, the Matilda actress who felt rejected in Hollywood for not being pretty enough – Movie News

The child actress lost her mother during the recording of the famous children’s movie and since then, everything started to go wrong for her.

Matilda is one of those unforgettable films whose child protagonist becomes a reference and becomes part of a nostalgic childhood moment. However, despite being a true 90’s classic, the film starring Mara Wilson, Danny DeVito and Rhea Perlman was not a success on its debut and its box office receipts failed to exceed its budget.

The person in charge of giving life to Matilda was Mara Wilson, an actress who, at the time of the film’s premiere, was 9 years old and had already appeared in other popular productions. Her first role had come three years earlier, opposite Robin Williams in The Perfect Nanny (1993).

Matilda is her best-known role, but for years, Mara Wilson was one of those child actresses that everyone seemed to want in her movie. After adapting the fantasy work, Wilson would star in Um Passe de Mágica (1997) and Thomas and the Magic Railway (2000). After the latter, the young celebrity simply disappeared from the screens.

Her rise to fame was rapid and the young woman was delighted with her profession. However, in an interview with NPR, Mara Wilson admitted that perhaps things would have been a lot better if she had left her dream of being an actress behind after starring in Matilda. This was a bittersweet moment for her as it would be the highest point of her career, but at the same time it coincided with the death of her mother:

Sometimes I wish I had stopped acting after Matilda. I think I was already starting to get old and it would be a good time to reevaluate things. But after my mother died, I felt I had to move on because the movies were the only constant thing in my life.

Mara Wilson also speaks in her biography, Where Am I Now: True Stories of Girlhood and Accidental Fame, about the difficulty of acting while he was between childhood and adolescence. The moving story she tells reflects what often happens to child celebrities.

I would look at Keira (Knightley), who is two years older than me, in magazines and think, ‘There’s no way I’m going to be as beautiful as her in two years. Things will hardly have changed.’ I still feel that way, because people seemed disappointed that I wasn’t cute.

So, realizing that he was facing the end of his career when he had not yet finished elementary school, Wilson says that he realized he had few options: “I had three choices: get cosmetic surgery and audition for funny and beautiful characters from the best. friends, stay the way I was and go for scarce roles for young women, or accept me and give up acting in Hollywood.”

“When you see that someone’s last work is Thomas and the Magic Railroad when she was just a 12-year-old girl, you think, ‘Oh, that’s sad,'” says the actress in her moving account.

From then on, Mara Wilson lost more and more roles, while other young stars began to take off in roles that would have been for her age. Thus, she made the decision to retire from screen acting and did not return until twelve years later. Since she returned to acting, most of her roles have been voice acting or playing herself, as well as a few cameos in some series.

But, most of her time is spent as a full-time writer. Mara Wilson writes her own blog, but also articles for Elle, The New York Times and several other publications. In addition, the writer is also very involved in social issues and activism, often campaigning and dedicating her writing to important issues related to mental health and LGBTQIAPN+ issues.

Previous Find out how King Charles knew his mother the Queen was dying
Next Expulsions, great goal and forward in goal: remember the only victory of Náutico over Vasco in São Januário | nautical