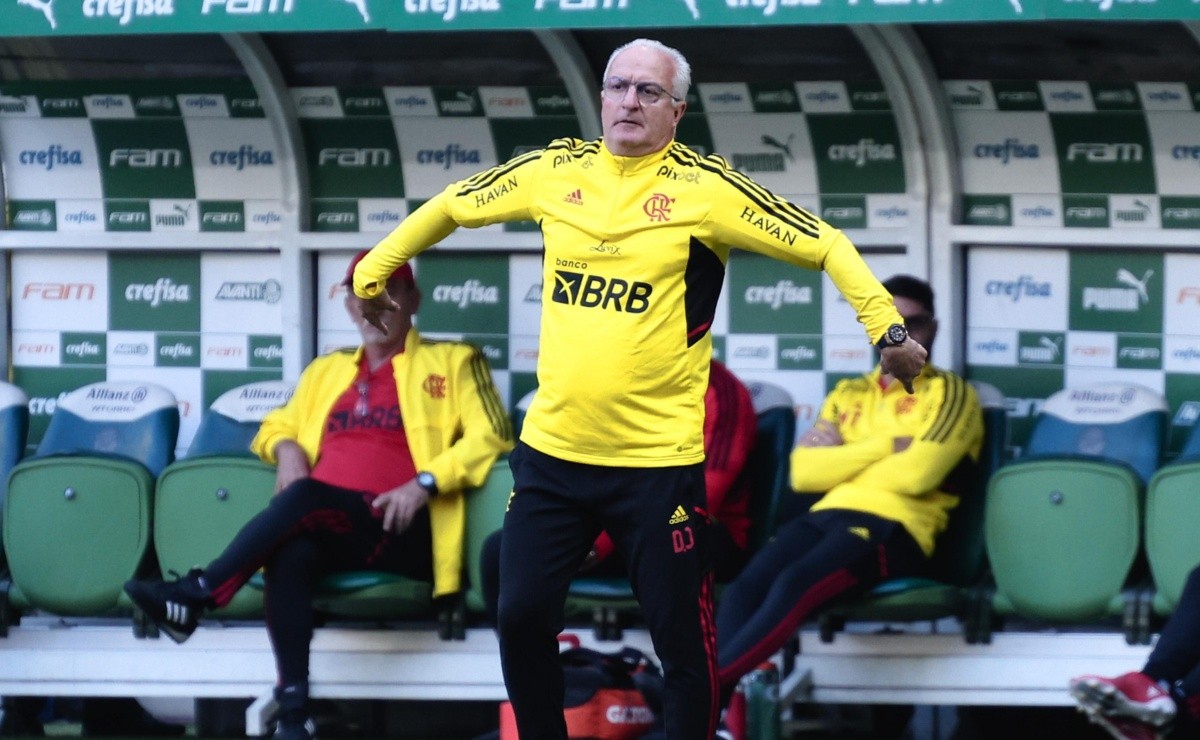 “Will have”; Mauro Cezar turns on the warning signal for Dorival and points out a reason that could complicate the coach’s future at Flamengo

Journalist believes that the coach’s future will be defined after the finals against Corinthians, for the Copa do Brasil and Athletico Paranaense, in Libertadores

Flamengo is going through a great moment in the season. After a turbulent first half, in which the team until then led by Paulo Sousa not only lost the Campeonato Carioca title to arch-rivals Fluminense, but also fought relegation in the first rounds of the Brasileirão, now, the team led by coach Dorival Júnior is 2 games away from becoming the four-time champion of the most democratic tournament in the country and a unique duel against Athletico Paranaense to regain ownership of America for the 3rd time.

Dorival Júnior managed to assemble two teams, something that his predecessor could not. The professional gained a lot of morale with the fans and the coaching staff for having managed to make the Club resurge in the season. However, in the last games for the Brasileirão, the commander chose to rest the holders aiming at Libertadores and the Copa do Brasil and ended up betting on the holders for the Brasileirão sequence. Result: the team lost important points and is now practically out of the fight for the ninth championship of the national tournament.

And according to journalist Mauro Cezar Pereira, the coach put pressure on himself for the final stretch of the season. That’s because a defeat in the Copa do Brasil to Corinthians and another setback in the Libertadores final, may cause the coach, who has a contract until November, not to renew with Mais Querido and force Marcos Braz and Rodolfo Landim to return to the market in search of a new commander.

“Dorival, because he is responsible for the decision to prioritize the knockout and kind of make the Brasileirão secondary, and if he doesn’t win the two knockouts, there will be a lot on his account and that’s what I I think it’s automatic until said the journalist during his participation in the program Bate Pronto, from Jovem Pan, this Friday (16).

Flamengo is 3rd in the Brasileirão with 45 points, 9 less than Palmeiras. The next match, which can define whether or not Fla will return to the fight in the national tournament, will be next Sunday (18), against Fluminense, at Maracanã, in a game valid for the 27th round of the Brasileirão.

Former goalkeeper Marcos, from Palmeiras and the Brazilian National Team, responded to the column written …