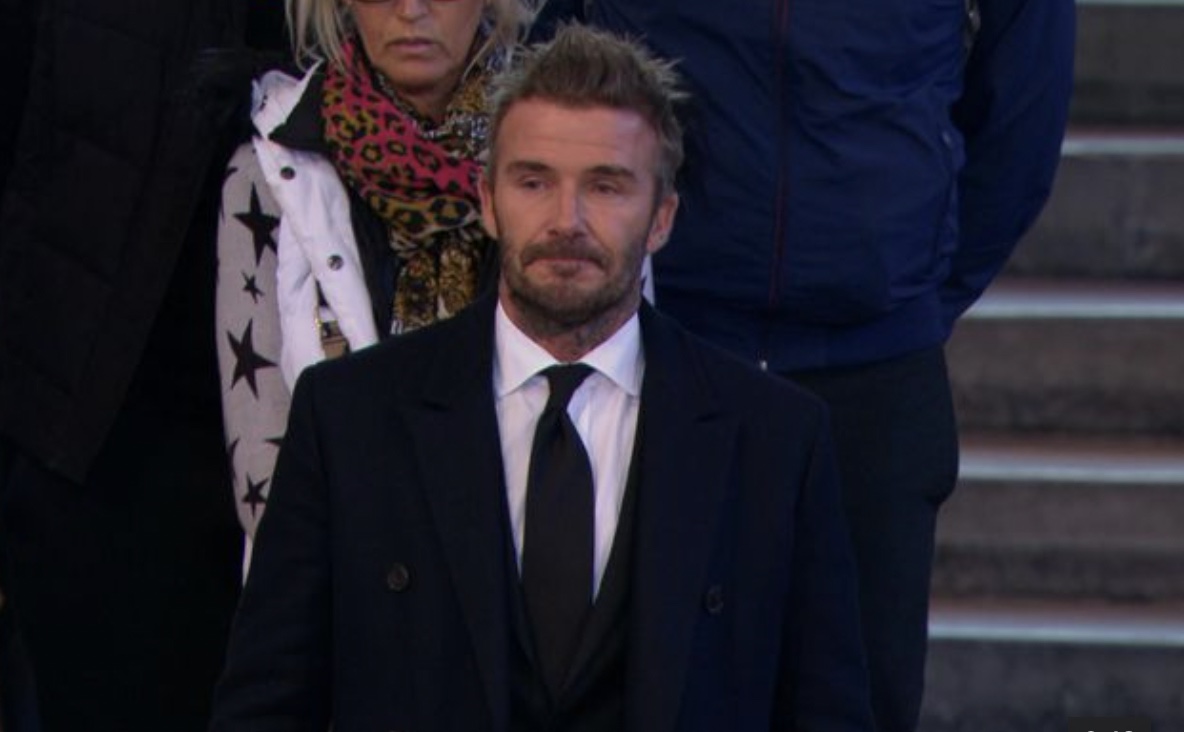 13 hours in line to say goodbye to Queen Elizabeth

London – Celebrities don’t usually get in lines, but earlier this afternoon one of the most well-known personalities in the world, former football player David Beckham, appeared on TV screens as one of the many subjects walking to see the coffin with the Queen Elizabeth’s body at the Palace of Westminster.

The athlete, married to former Spice Girl Victoria Beckham, said he spent 13 hours in line, wearing a suit and tie and a dark cap that covered his trademark haircut.

For much of the time, only those closest to him noticed the illustrious figure and took selfies. When he was discovered by the press, Beckham spoke about his fellow travelers.

He said the moment was meant to be shared, and how he shared fries, sweets, donuts and memories:

“Because it’s special to be here, to celebrate and to hear the different stories that people have to tell.”

After some interviews, the athlete began to be protected by agents who organize the queue to prevent fans from interrupting the flow.

Like everybody else, he will have to wait in line for at least 14 hours and will not enter Westminster Hall until tomorrow morning.

As the main TV stations are broadcasting images of the visit to the coffin live almost uninterruptedly, David Beckham’s entry into the hall where the coffin is was documented live, alongside ordinary people and without any trace of stardom.

The athlete was compared to another celebrity, TV presenter Philip Schofield, who would have “jumped in line” to see the coffin.

He wiped away a tear as he passed the funeral urn, silent like the others who came to pay their respects.

David Beckham wiped away a tear as he paid his respects to the Queen after queuing for 13 hours.

Beckham slowly bowed his head and stared at the floor as he viewed the Queen’s coffin.

Beckham played for the England national team and later became a global celebrity, forming with his wife Victoria one of the most followed couples in celebrity magazines and on social networks. He has 75 million followers on Instagram.

In 2003, the athlete received the OBE (Order of the British Empire), an honor bestowed by the Queen on those who provide relevant services to the nation. Victoria Beckham was honored in 2017 for her contribution to fashion.

In an interview with Sky News, Beckham recalled the moment of the award:

“I took my grandparents with me, who were the ones who really raised me to be a big royalist and fan of the royal family.”

He admitted it was a sad day, “but also a day to remember the incredible legacy she left.”

The player said: “the queen led us with kindness”.

Beckham did not post images of his tribute, but on the day the Queen died, he posted a message:

“I am truly saddened by the passing of Her Majesty the Queen. What a display of love and respect we saw at the Platinum Jubilee for your life of service.

How devastated we feel today shows what she has meant to people in this country and around the world.

How much she inspired us with her leadership. How she comforted us when times were hard. Until her last days she served her country with dignity and grace.

This year she knew how much she was loved. My thoughts and prayers are with our royal family…”

Also Read | Diana’s shadow: with statements about sadness when remembering his mother’s death, William is highlighted in the media 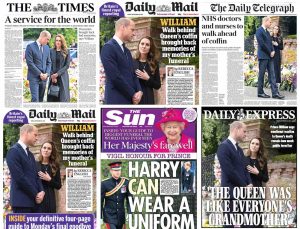 Previous Simple and easy method to recover deleted WhatsApp messages: check it out!
Next Check out what’s new for October on Starzplay