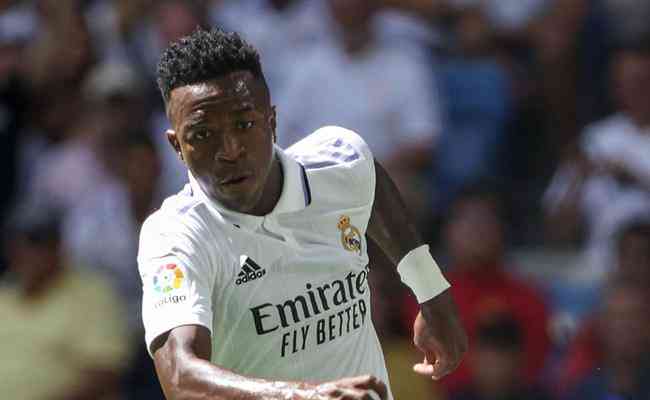 Atltico lent support this Friday (16/9) to striker Vincius Junior, from Real Madrid and the Brazilian National Team. During a discussion about his goalscoring on a Spanish TV show, the 22-year-old was the victim of a racist comment by a local agent. On social media, several users raised the #BailaViniJr campaign.

“Galo expresses solidarity with the athlete Vincius Jnior, victim of racial insult in a sports program in Spain. We reinforce our position of repudiation of racism in football and in all spheres of society”, said Galo on his official Twitter account.

“May respect for differences prevail and may Vincius continue to demonstrate his talent and irreverence on fields around the world,” added the club.

May respect for differences prevail and may Vincius continue to demonstrate his talent and irreverence in fields around the world.

Vincius was attacked by the president of the Spanish Association of Entrepreneurs of Football Players, Pedro Bravo, during his participation in the “Chiringuito Show”. Bravo used a racist term to describe the Brazilian player.

The topic of debate was the celebrations of Brazilians, who often dance after scoring goals. This is common in Brazil, but it aroused the ire of the Spaniards, who should be used to the way Brazilian athletes celebrate.

Koke, from Atlético de Madrid, said that there could be confusion if the Brazilian does some damage when he scores a goal in the classic, which takes place this Sunday (18/9), in the Spanish Championship.

After the statement, Bravo apologized on social media. “I want to clarify that the expression ‘make a monkey’ that I misused when qualifying the Vincius dance in the celebration of goals was in a metaphorical way (‘make idiots’). As my intention was not to offend anyone, I sincerely apologize. I’m sorry!” wrote the businessman.

I want to clarify that the expression %u201Chacer is the mono%u201D that has been misused to qualify the ball of celebration of los goles that Vinicius lohecho in a metaphorical way (%u201Chacer tonteras%u201D). As I meant it not to offend Nadie, I sincerely apologized. I feel it!