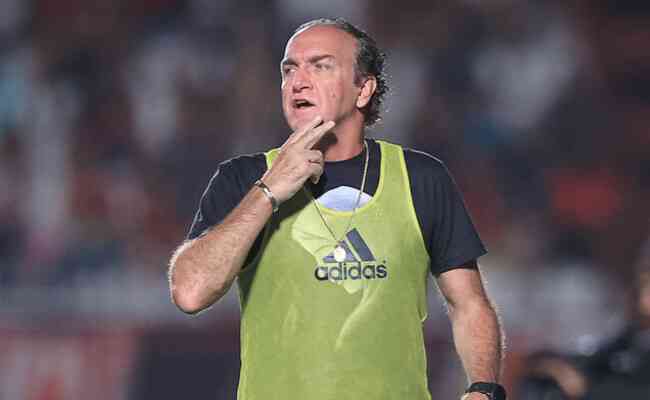 Coach Cuca defined Atltico’s lineup to face Ava this Saturday (17th), from 4:30 pm, at Ressacada, in Florianpolis, for the 27th round of the Brazilian Championship. Hulk is out, Alonso is a reserve and Vargas is a starter. The Rooster goes to the field with Everson; Guga, Nathan Silva, Jemerson and Rubens; Allan, Jair and Nacho Fernndez; Vargas, Keno and Sasha.

On the right side, Guga was kept as a starter in place of Mariano. On the left wing, Rubens was chosen to replace the injured Guilherme Arana.

In defense, a big surprise: captain Junior Alonso is on the bench. The titular duo will be formed by Nathan Silva and Jemerson.

In midfield, Nacho Fernndez replaces Zaracho, out for muscle issues. In the attack, Hulk is out, even having traveled with the delegation to Santa Catarina.

He had been released by the medical department after recovering from an injury to his left calf. However, he complained of pain in the place and, therefore, was vetoed.

Vargas the big surprise and form a trio alongside Sasha and Keno.

Atltico still has the absence of midfielder Otvio (injury to the adductor of the right thigh), defender Igor Rabello and striker Pedrinho (both will only return in 2023). On the other hand, striker Alan Kardec is on the bench after recovering from low back pain.

Previous Celebrities who secretly took in children: Jessica Chastain, Kylie Jenner and more
Next 7 haircuts that promise to be a trend in 2023