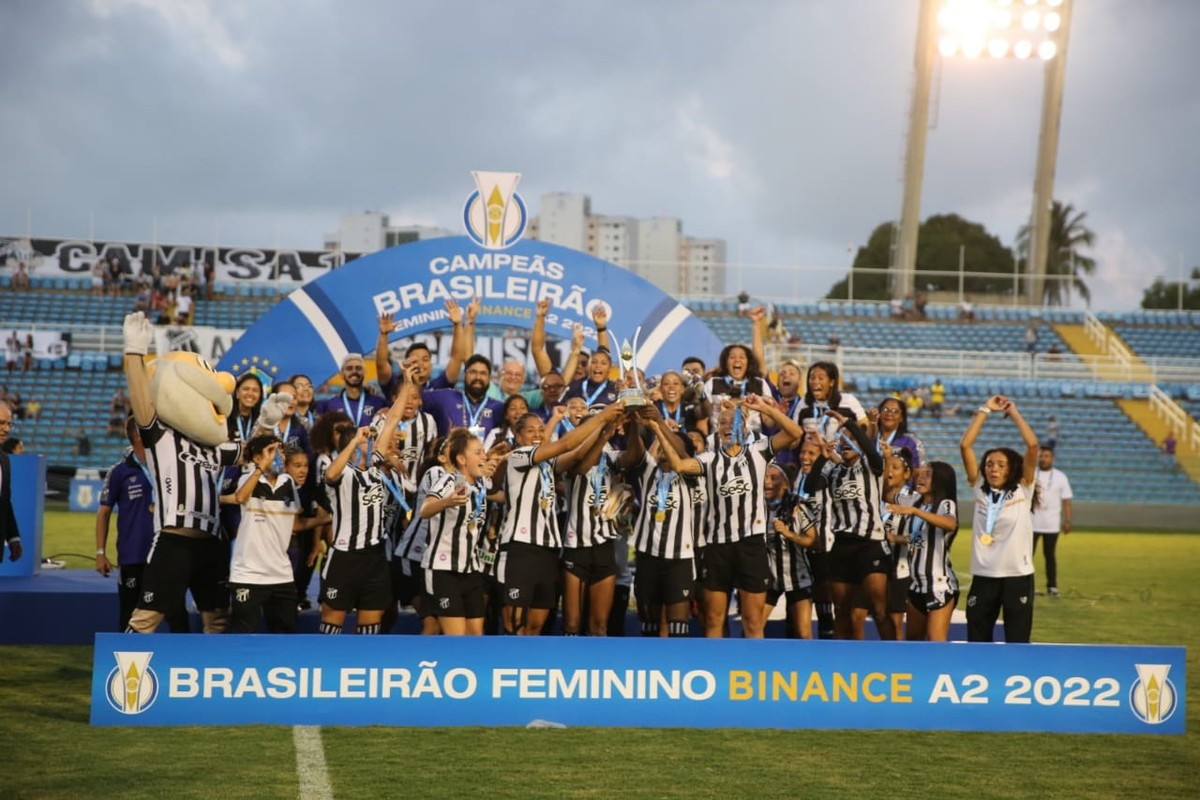 Ceará won the title of the Brasileirão Feminino A2 in a match decided on penalties against Athletico, at Estádio Presidente Vargas. In the 90 minutes, the alvinegras won by 2 to 0, tying the confrontation on aggregate – in the first match the Gurias do Furacão won by the same score. The goals of the match were scored by Pissaia and Ju Morais. In penalties, goalkeeper Thais Helena defended two kicks and secured the title of the Meninas do Vozão.

With a good audience in the PV, Ceará started the game looking to pressure and reverse the loss of the first game. Still at the beginning of the first half, at 12, Grandpa had a penalty. Goalkeeper Renata defended Flávia Pissaia’s charge, but shirt 11 alvinegra managed to confirm the goal in the second rebound.

In the second half, in the 26th minute, Ju Morais headed in after a corner kick. But Ceará’s celebration was short-lived. Two minutes after equalizing on aggregate, Annaysa was fouled in midfield and received the second yellow card, leaving the hosts with one player less. Coach Erivelton needed to change the team to hold the result.

With the numerical advantage, Breno Basso’s men put a lot of pressure on the final stretch, with the ball on the crossbar and hits in the small area, but they were unable to score the goal that would give the team the title.

In penalties, goalkeeper Thais Helena stood out, defending Taina and Sol, and secured the title. Hurricane still wasted with Eddie, who sent over the goal. Ceará also lost to Edna in defense of goalkeeper Renata.

In addition to Ceará, the runner-up Athletico is guaranteed in the elite of the Brasileirão in 2023. Bahia and Real Ariquemes also guaranteed access.