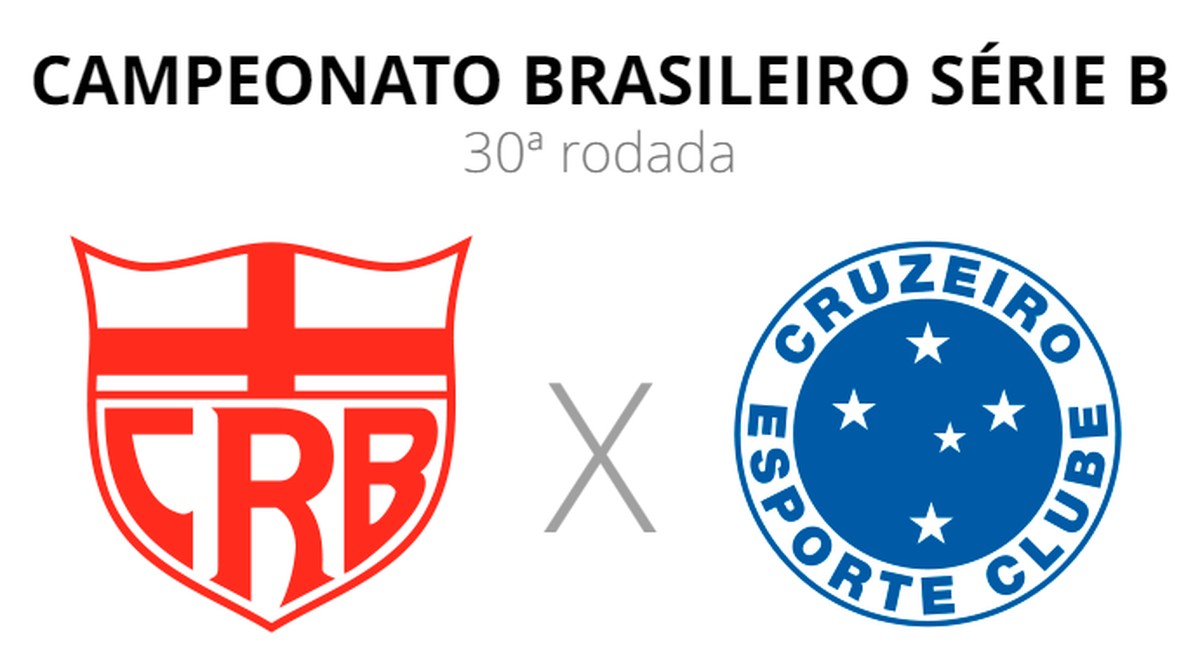 CRB is still thinking about access and this Saturday night will host Cruzeiro, leader of Série B and favorite to win the national title. For the 30th round of the Brazilian, the teams will play from 8:30 pm, at the Rei Pelé Stadium, in Maceió.

The ge follows the match in Real Time, with videos of the main moves (CLICK HERE).

CRB frustrated the crowd after the draw in the classic against CSA and tries to regain ground in the duel with the best team in the championship. During the week, the players remembered that a victory over the leader will give them more confidence to seek a spot in the G-4 in the final stretch of Serie B. Today, with 40 points, the Reagatians are in ninth place.

+ See the table of the Campeonato Brasileiro Série B

Cruzeiro had a ten-day break between the last game, against Operário, and this Saturday’s duel. Time to rest, train to try to get a win to bring the team even closer to Serie A and the Serie B title. Unbeaten for 12 games – longest period without defeat adding Series A and B -, the team has 62 points and is the isolated leader of the competition.

Streaming: Premiere (for all Brazil), with narration by Rogério Correa, comments by Fábio Junior, Janette Arcanjo and Pedro Moreno, and reporting by Andréa Resende and Guilherme Frossard.

An important loss for CRB is midfielder Rafael Longuine, who scored a goal in Saturday’s classic against CSA. Suspended, he should be replaced by Bruninho. Daniel’s alternative is to put the midfielder Yago and advance Juninho Valoura to the frame.

The good news is the return of defender Wellington Carvalho, who served a suspension in the last round and disputes a spot in the team with Diego Ivo. Another fight for position is in the attack, between Paulinho Moccelin and Fabinho.

who is out: Rafael Longuine (suspended)

Paulo Pezzolano will make changes to the starting lineup. Willian Oliveira, suspended, gives way to Neto Moura, who owns the position and returns from suspension. The starters Zé Ivaldo, Matheus Bidu and Edu were not listed for the match. Jajá, which had been used frequently, is also not going to Maceió.

Pezzolano’s choices change the team in every sector. The Uruguayan can opt for Geovane Jesus in the trio of defenders, as he has done a few times this season. Marquinhos Cipriano should have a chance in Bidu’s place and Luvannor should take the center forward position.

Who is out: William Oliveira (suspended); Waguininho and João Paulo (in transition); Zé Ivaldo, Matheus Bidu, Edu and Jajá (non-related);

Previous Video: ‘The Handmaid’s Tale’: Season 5 trailer released
Next Man Claimed To Be Jesus Before Cutting His Leg In Front Of His Daughter