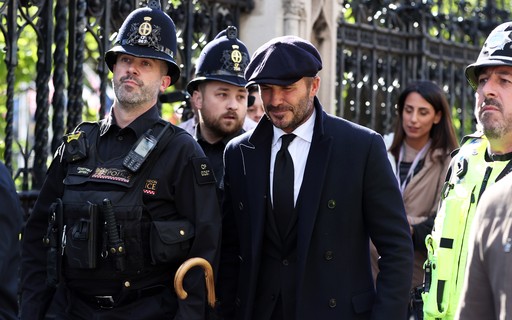 Former football player David Beckham refused to cut a 13-hour long line to bid farewell to Queen Elizabeth II, who died aged 96 on the 8th. The former England captain was inspired by his late grandfather, a staunch monarchist, to make the decision.

The information was published by the Daily Mail this Friday (16). The English newspaper revealed that a deputy, who could take up to four guests directly to the queen’s coffin, offered one of the vacancies to David Beckham.

The 47-year-old star, however, declined the proposal and said his grandfather Joseph West, who died in 2009, was a great monarchist and would be disappointed in him.

“David could have avoided all the lines, but he wanted to be like everyone else. He said his grandfather wouldn’t have skipped the line, so neither did he. He was wondering all week when would be the best time to go and finally he went this morning,” said a source, who also reinforces the royalist culture of the former player’s family.

According to the publication, Beckham also chose to wear a suit because he said that’s what his grandfather would have done.

David Beckham got up early in line to enter Westminster Hall and spent hours without being recognized before going viral on the web. “We all want to be here together. We all want to experience something where we celebrate our queen’s amazing life,” he said in an interview with the BBC.

The former Manchester United midfielder arrived at around 2am and was not recognized until shortly after noon (local time), with the public posting photos on social media to share the news that he was there.

At one point, Beckham, who was given the title of Sir of the Monarch, was seen crying at the scene. See below: