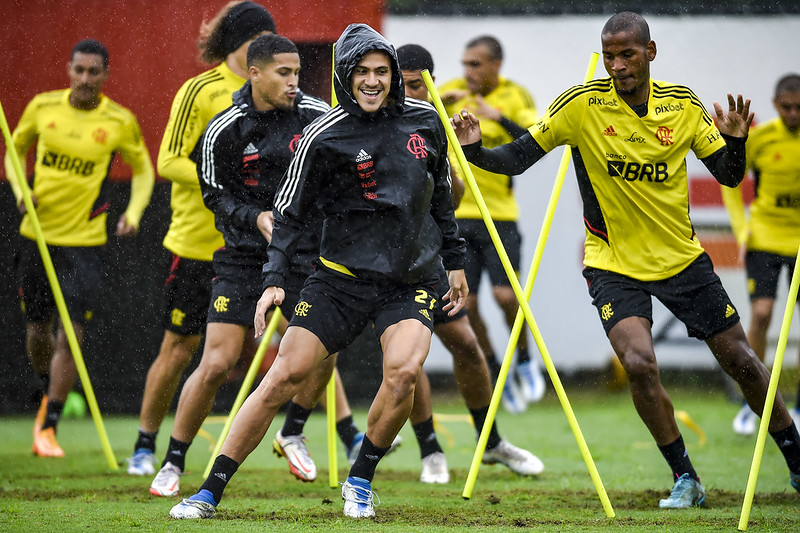 Dorival should start Flamengo almost as a starter against Fluminense; see who should play

Flamengo qualified for the final of the Copa do Brasil by beating São Paulo by 1-0, last Wednesday (14), at Maracanã, but now it turns its attention to the Brazilian Championship. this Sunday (18), at 16:00, Rubro-Negro enters the field against Fluminense, also at Maracanã.

At the press conference after the game with São Paulo, coach Dorival Junior did not confirm which team he intends to take to the field. The Flamengo commander has rotated the players between cups and championship. However, after the game with Fluminense, there will be a 10-day break with no matches, as the national teams will play on two FIFA dates.

With this, Flamengo will be able to use more holders than usual. According to findings from the club, Dorival Junior should merge the two teams, saving only older players and those with physical problems.

Therefore, Flamengo must enter the field with a mixed team. Of the holders who played against São Paulo, David Luiz, Filipe Luís and Arrascaeta have little chance of playing on Sunday, at least initially.

David Luiz, 35 years old, is coming off two games in a row and should rest. Filipe Luís, 37 years old, should keep to the routine of playing just one game a week. Arrascaeta, who has complained of pain in the pubic region, should be spared.

Therefore, it is natural to think of a Flamengo on the field against Fluminense with Santos, Rodinei, Fabricio Bruno, Leo Pereira, Ayrton Lucas; Thiago Maia, João Gomes, Everton, Victor Hugo, Gabigol and Pedro. Rede Globo and Premiere broadcast the match from 4pm.