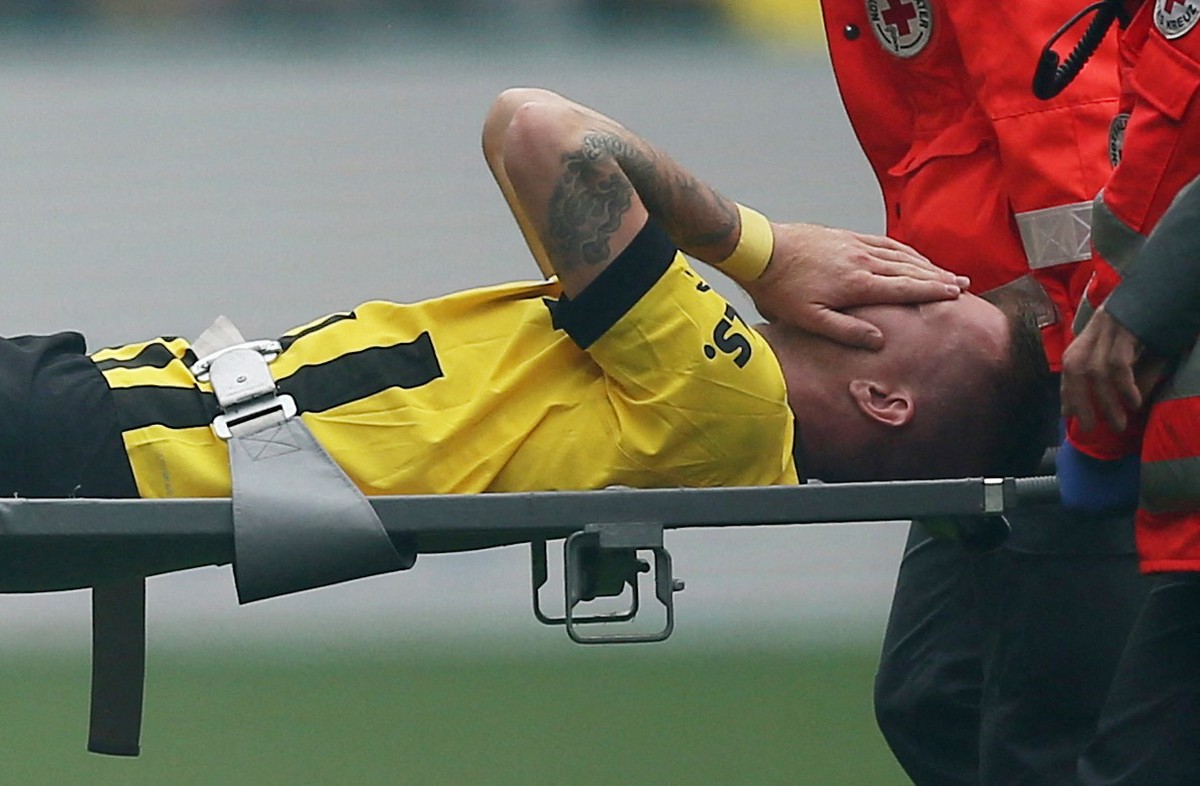 Borussia Dortmund beat Schalke 04 1-0 this Saturday and took the provisional lead in the Bundesliga. The derby was marked by a record set by young Moukoko, who scored the goal of the match, and a new drama by Reus, who was injured on the field.

O Revierderby, as the derby is known, is one of Germany’s biggest rivalries and has returned to play after a half year after Schalke’s return to the top flight. The two fans were present at Signal Iduna Park and had a beautiful party.

Reus leaves Borussia Dortmund vs Schalke 04 with a problem in his right ankle: another drama for the German midfielder – Photo: Thilo Schmuelgen/Reuters

In the 27th minute of the first half, Marco Reus twisted his right ankle and left the field on a stretcher. Crying and visibly dejected, the 33-year-old midfielder is called up by Germany for the next rounds of the Nations League and worries for the World Cup, which starts in two months.

Reus has a long history of injuries and was absent from Germany in the 2014 World Cup in Brazil. He was replaced by the young American Giovanni Reyna.

The goal of the match came only at 33 of the second stage. Wolf crossed from the left with his right leg, and the young striker Moukoko tested for the nets. At 17 years and 301 days old, he is the youngest to score in a derby between Borussia Dortmund and Schalke 04. Of Cameroonian origin, he is a member of the yellow team and scored his eighth goal as a professional.

Dortmund reached 15 points and took the lead in the Bundesliga, but could be overtaken by Union Berlin and Freiburg this Sunday. Schalke are 14th with six points. The two teams return to the field after the FIFA Date: Borussia visit Cologne, and Schalke welcomes Augsburg.