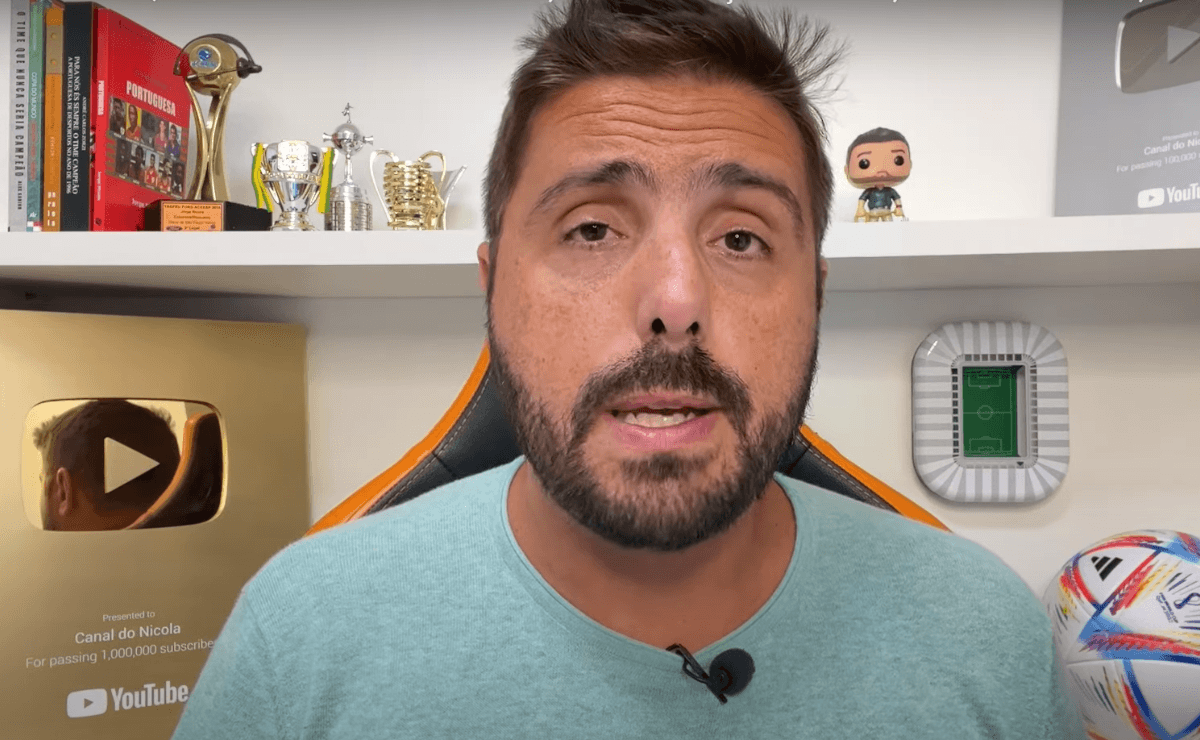 Jorge Nicola delivers polls and Palmeiras is ‘by a thread’ of losing medallion: “Dangerous countdown”

The journalist revealed, on his YouTube channel, about possible directions behind the scenes in Palmeiras.

Palmeiras is already eyeing 2023 and the changes that the squad will have for the next season, as Gustavo Scarpa says goodbye to Verdão heading to England. In addition, spare parts can enter Leila Pereira’s radar, considering possible casualties or injuries – Raphael Veiga, for example, is one of the main players in Abel Ferreira’s team and is out of the end of the 2022 season after suffering a sprain in the right ankle and undergo arthroscopy.

The striker Rony, despite having received proposals, stated his desire to remain in Verdão. The striker and idol from Palmeiras Dudu, in turn, has an undefined situation behind the scenes, which has taken the patience of the fans who sing and vibrate. With a contract until the end of 2023, a possible renewal, even if discussed, has not yet been implemented.

The issue that has been holding back negotiations between the board and Dudu revolves around the time of the contract. The striker wants to extend the contract for four years, while Alviverde offers two more seasons. In this way, the impasse has opened space for other Brazilian teams to look for the player to find out about his situation.

According to journalist Jorge Nicola, in the midst of negotiations with Palmeiras, Dudu is on the radar of Brazilian and international clubs. “ODudu is the great star of Palmeiras and his contract ends at the end of 2023. When turning the year from 2022 to 2023, a dangerous countdown begins. From July 2023, he will be able to sign a pre-contract to leave the club for free.”, began Jorge Nicola.

“Before recording this video, I talked to a person close to Dudu who confided to me that clubs in Brazil and abroad carefully monitor the discussion on whether or not to extend the contract so that Dudu leaves Palmeiras for free.”, added the journalist, on his YouTube channel.