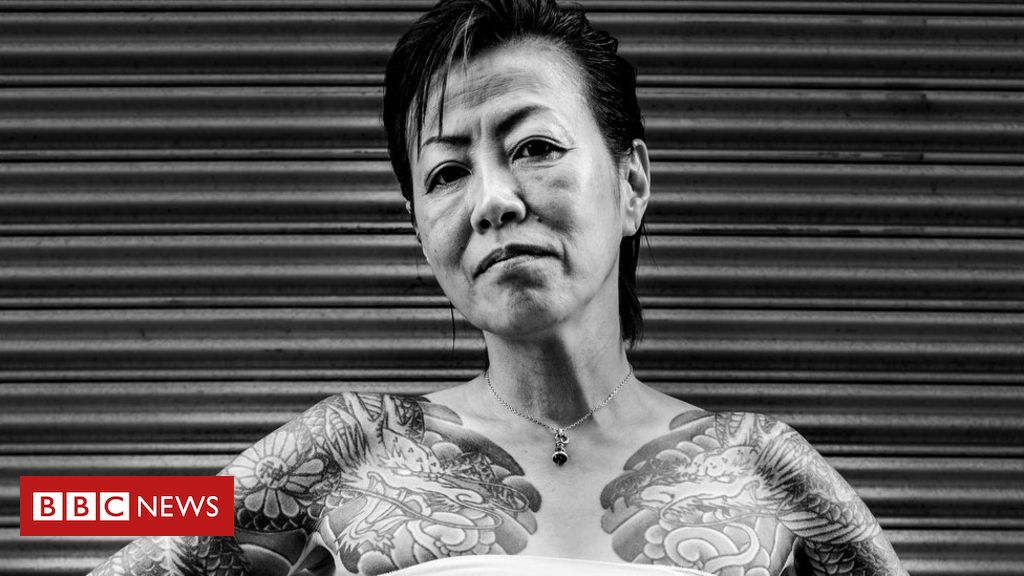 ‘The Yakuza became my family’: the artist who lived in the underworld of the Japanese mafia to portray their women

It all started on a drunken night 15 years ago in a Paris bar.

“My friend and I were devastated because we had broken up with our boyfriends. We drank a lot of wine and said ‘let’s go far away to Japan’, but it could have been anywhere else,” says photographer Chloé Jafé, born in Lyon, France in 1984.

And she went. A month of travel took her from total indifference to fascination with Japanese culture. And she decided to repeat the experience.

“On my second trip, I thought, ‘Next time, I’ll stay here.’ I felt like I had something to do here, but I didn’t know what,” she recalls.

While delving into Japanese culture, from old samurai movies to series, novels and comics, Jafé began to be drawn to the organized crime underworld, represented in Japan by the Yakuza – the mafia.

Women in a man’s world

Divided into groups or syndicates, along the lines of the Italian Mafia, the Yakuza operate in all sorts of illegal businesses, ranging from gambling, drugs and prostitution to loan sharking, extortion rings and white-collar crimes.

Its name comes from the numbers 8, 9 and 3 (in Japanese, ya, ku and sa). These numbers make up the worst possible playing card play in Japan. Therefore, its members consider the term pejorative.

They prefer the denominations gokudo (“the extreme way”) or ninkyo dantai (“honorable or chivalrous organization”).

The origins of the Yakuza can be traced back to the 17th century, but its heyday was in the second half of the 20th century, with the flourishing of the underworld caused by Japan’s dizzying economic development after World War II.

But the modernization of Japanese society and police persecution decimated the Yakuza. It had more than 200,000 members in the 1960s, but in 2021 there were just over 12,000, according to security forces.

And these members have one thing in common: they are all men.

“I realized that there were no women and wondered why,” recalls Jafé. “‘Surely there must be women, they just don’t talk about them,’ I thought.”

Until Chloé Jafé discovered the autobiographical novel Yakuza Moonby Shoko Tendo, which recounts the author’s difficult adolescence as the daughter of a Japanese gangster.

“I felt very close to that reality and thought, ‘this is my job, I need to find these women and do some visual work with them,'” she says.

When he finished the book, Japheth decided to travel to Japan again – this time to settle in the country and portray the women of the Yakuza.

In early 2013, Jafé moved to the Japanese capital, Tokyo, without having any contact or knowledge of the Japanese language – which is difficult to learn, in part because his writing combines three totally different alphabets.

“It was my project and I’m very stubborn,” she recalls. “I didn’t know how, but I had to do it. I knew it wouldn’t be fast, but I was happy to dedicate myself to it without counting the days.”

Two years went by until, already with a reasonable knowledge of the Japanese language, she got a job as a hostess.

Chloé defines the hostesses as “a kind of modern geisha”.

“I got totally involved with these women,” she says. “Some had their boyfriends or fathers in the Yakuza and these clubs are also usually run by this mafia. It was a good starting point to enter that world.”

But his ultimate opportunity came by day, in the middle of the street and by chance, during the Sanja Matsuri Shinto festival in Tokyo’s traditional Asakusa neighborhood.

“Without knowing how, I ended up on the street of a Yakuza boss,” says Jafé. “I was sitting and he came out dressed in a kimono and two bodyguards. I didn’t know who it was, but it looked important.” He was an oyabun, the capo of the Japanese mafia.

He invited her to sit at his table, and Japheth took his phone number, with the excuse of sending her pictures of the festival.

“I sent the photos and invited him to dinner a few days later. For him it was a surprise and I was honestly terrified.”

Breaking with the Japanese tradition that attributes all initiatives to the man, she chose the restaurant (“near a police station and a subway station, in case I needed to run”) and found him there with his bodyguards. .

She already spoke Japanese well, but preferred to confess her intentions on a sheet of paper: “I’m a French photographer and I want to make images of Mafia women from your country, respectfully and taking your time. I need your help. for that.”

The answer was positive. “He said to me, ‘Look, I can introduce you to people from Hokkaido [no norte] to okinawa [no sul]”, recalls Jafé. But first the artist had to gain the trust of her boss and the people around her.

“He played with me for a while. He saw that I was young and beautiful and was wondering whether or not he could use me for something, prove what my intentions were…definitely put me to the test,” according to Japheth.

Little by little, people started inviting her to Yakuza events and meetings.

“His bodyguards would come and get me and I didn’t know where we were going to meet. It was like in a movie. At first I would ask questions, but he wouldn’t answer. There were tense moments,” she recalls.

At first, the oyabun’s wife was suspicious of her, but she ended up welcoming Japheth and invited her to spend the New Year’s holidays with her family.

She met the wife of another boss, who was the first to be portrayed by the project, and expanded her contacts with other Yakuza women to photograph them.

“It’s horrible, but… I suspect that some people who maybe didn’t want to be photographed ended up being forced to pose for me, because I was a friend of the boss”, confesses Jafé.

After the first photography sessions in Tokyo, many others followed in different places in Japan, such as Osaka and the subtropical archipelago of Okinawa.

And it was exactly in Okinawa, where the criminal underworld thrived in the 20th century around the largest US air base in the region, that one of the series in Chloé Jafé’s trilogy, Okinawa mon amour (“Okinawa, my love”, in free translation), which shows the darkest and most marginal side of those islands.

The artist focused her lens especially on the tattoos of Yakuza women.

“The Japanese mafia is interesting because it is very linked to the traditional culture of Japan, as in the case of tattoos, which are related to mythology. It’s almost a cultural mafia”, she says.

And although today it is not uncommon to see people with a dragon or a snake on their skin anywhere in the world, in Japan the culture of tattoos and their perception is completely different.

“Tattoos aren’t made for show there,” explains Chloé.

Japanese society disapproves of tattoos as relating them to crime and marginality. In Japan, it is forbidden to display tattoos in swimming pools and in certain public places.

For the Yakuza, they symbolize loyalty to the group and resistance to pain, as they are usually made with the traditional method, with wooden sticks and needles, which is slower and more painful.

Devotion as a way of life

The first series of Chloé Jafé’s trilogy is called “I Give You My Life”, which refers to the devotion declared to men by the women of the Yakuza.

“They know that these men are not straight people, and if they join them, they will be isolated from society forever, as nobody wants to have any relationship with the mafia in Japan,” explains Jafé. “Even so, they get involved with them because they fall in love.”

And while they are not official members, women do play specific roles, especially at the highest levels of the Yakuza.

“When you marry a capo, you have to take care of the mafia members, know their personal details, their stories and be in the know, because if anything happens to your husband, you have to assume his role until the boss arrives. next,” explains Japheth.

In his experience, an oyabun’s wife “is the mafia’s prime minister, but she does everything in the shadows, always behind everything.”

The Yakuza is also a difficult path to return to, especially for women.

“Women who divorce Yakuza members are in a difficult position because they can never really leave,” says the photographer.

“They lose support from the mafia, but at the same time, it’s almost impossible to rebuild their lives and re-enter Japanese society. They can never come out of the underworld.”

Many of them also manage the hostess clubs, accounts and other businesses, legal or illegal, operated by the Japanese mafia.

With her project finished, Chloé Jafé returned to France at the end of 2019. And she believes that, after almost seven years immersed in the basements of Japanese society, she is no longer the same person as before.

“I spent a lot of time with them and I could never be a foreigner in Japan again. I feel part of them. I felt part of the group, I wanted to honor the boss and his wife. They welcomed me as if I were their daughter, so that became my family in Japan”, concludes the photographer.