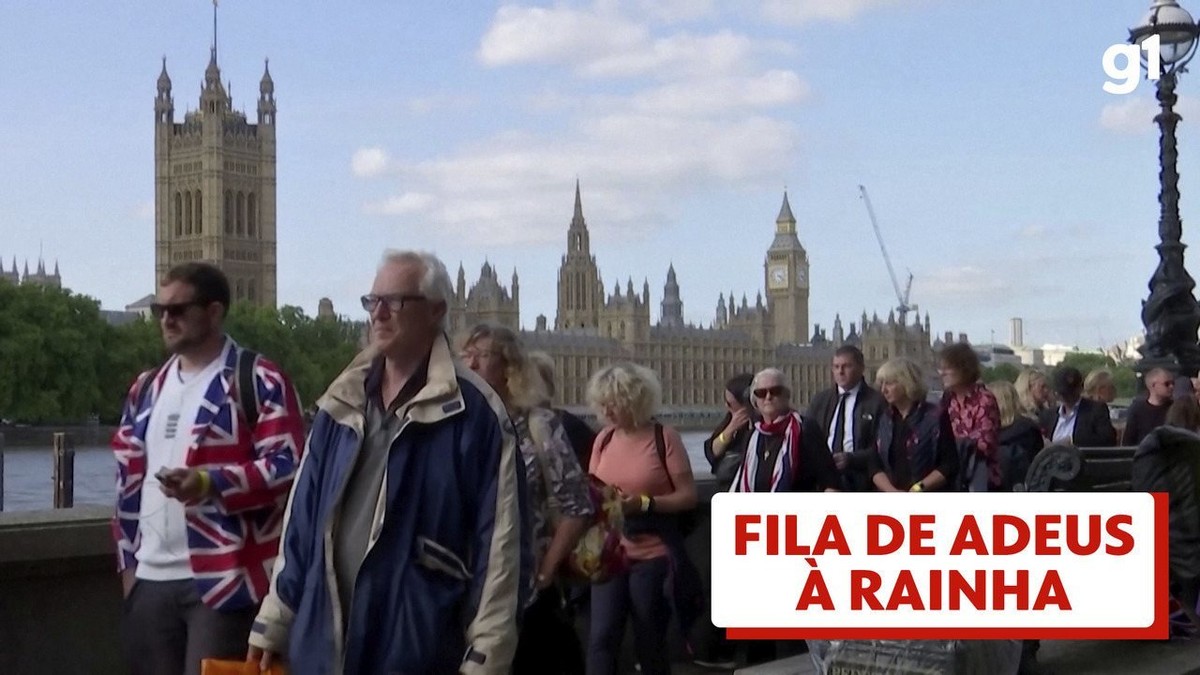 An online stream with live updates of the mile-long queue in London to pay tribute to the late Queen Elizabeth II is doing very well. (See below)

The YouTube broadcast tracking the queue to enter the Palace of Westminster, where the monarch’s coffin will be available for viewing until Monday, had more than 12,000 users watching live at 12:30 pm.

The queue tracking video was created by the British government’s culture department. It shows a simple Google Maps photo of central London with the queue route marked in purple, the color associated with royalty.

On the right side of the map, using a black background as a sign of respect, some statistics of the queue are displayed, such as size, estimated waiting time and where the end of the queue is.

Map shows the route of the queue to see the coffin of Queen Elizabeth II in London — Photo: Arte g1

Some online users joked about the queue being visible from space, while others focused attention on Brits’ love of riding in an orderly line.

“For us Brits, this is the line we’ve been training all our lives. All those hours queuing at the post office, at bus stops, and boarding planes… The mother of all queues“, wrote Jonathan Green of Twitter on Thursday.

Searches in Britain for the word “queue” peaked around 6am on Thursday, according to Google data.

A week ago, the flight transporting the late monarch’s body from Edinburgh to London became the most tracked flight in Flightradar24’s history.