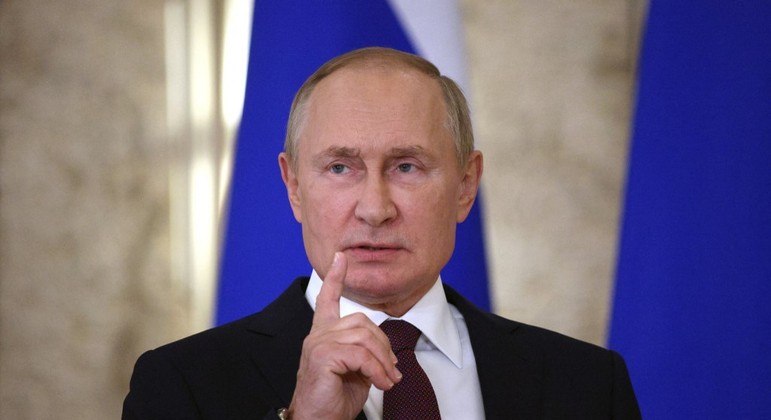 Russian President Vladimir Putin said on Friday that Russia is “in no hurry” to end the military campaign in Ukraine, explaining that the strategy of Russian forces has not changed and that they are still conquering territories.

“Our offensive operations in Donbass have not stopped, they are advancing little by little,” Putin told a news conference in Samarkand, Uzbekistan.

“I emphasize that we are not fighting with our entire army. We are only fighting with the part that has a contract [profissional]”, he added. The Kremlin has officially banned the sending of recruits to the front and refuses to carry out a general mobilization in the country.

The president said operations continued despite major Ukrainian army counteroffensives in the northeast and south of the country. “The Kiev authorities have announced that they have launched a counter-offensive. […] Let’s see how it ends,” Putin said.

According to him, the Kremlin’s main objective remains “the liberation of the entire territory of Donbass”, the mining basin in eastern Ukraine formed by the Lugansk region – in the hands of the Russian army – and the Donetsk region, partially occupied by Moscow.

Previous Avaí vs Atlético-MG: see where to watch, lineups, embezzlement and refereeing | Brazilian series a
Next Mar do Sertão: Who is Eli Ferreira, villain of the 6 o’clock soap opera? Actress is also in an international series on Netflix – Series News