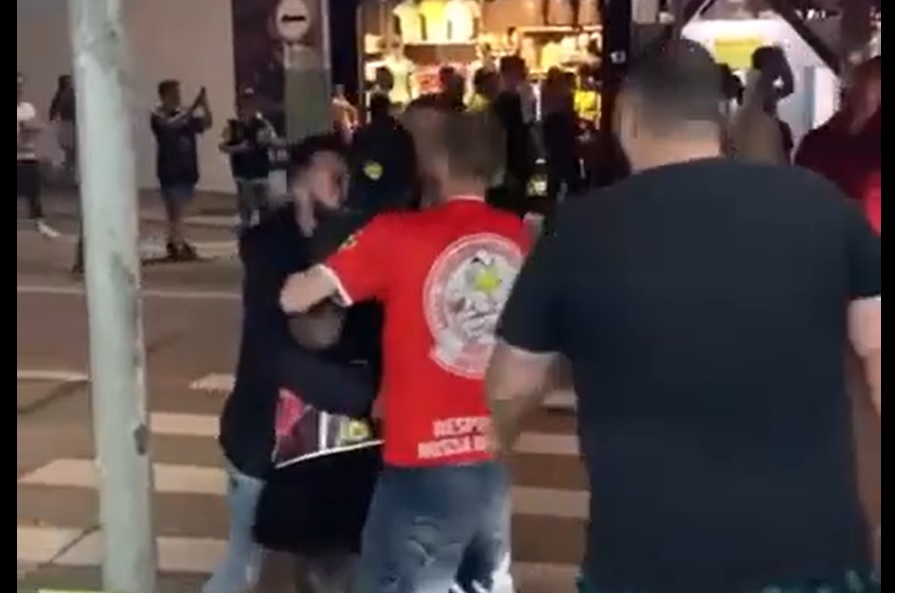 Fans recorded in videos the confusion that occurred at the end of the match between Brusque and Vila Nova at Augusto Bauer this Saturday, 17. The defeat stirred the spirits of a group of fans, who went after the board and players.

According to information from the Military Police, Brusque’s board and players were harassed by fans dissatisfied with the outcome of the event.

In the videos it is possible to see a group of security guards trying to contain the cheers of the fans as they try to attack the group of players. Athletes make their way from the locker room to the bus and are forced to pass through the space used by the fans.

In another video, you can see Danilo Rezini, president of the club, and André Rezini, director of football, trying to protect themselves from the approach of fans. Security guards also fight and push people who try to get close.

The Military Police points out that they had to use crowd control techniques. The objective was to disperse hostile fans and ensure the integrity of the officials and the local team.

A fan was detained for contempt and threat. Then, he was taken to the Central Police to draw up the Detailed Term.

Another video shows the outside of the stadium at the end of the game. Fans fight each other and it is possible to see the exaltation of many. In one of the scenes, the Military Police contains an individual.

Match between Brusque and Vila Nova

Taking strides towards Serie C, Brusque lost 1-0 to Vila Nova in Augusto Bauer, for the 30th round of Serie B of the Brazilian Championship.

The direct confrontation in the fight against relegation had its only goal scored by Wagner, right at the beginning, counting on Belliato’s failure. With the result, the quadricolor sinks to 18th place, with 31 points, one less than the 16th, Guarani. Vila Nova reached the 15th position.

Previous Typhoon Nanmadol: ‘Unprecedented’ storm triggers mass evacuation in Japan – 17/09/2022
Next To compete with Apple, Samsung will have satellite connectivity on cell phones