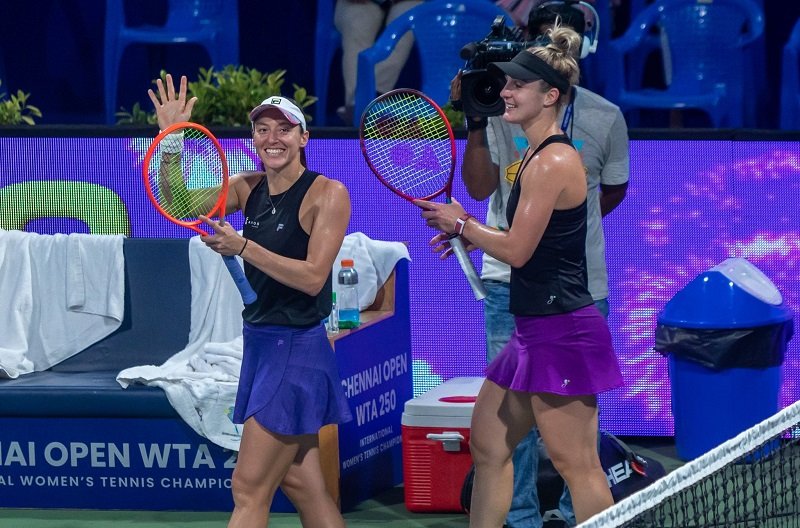 ‘I came with no expectation of results’, says Stefani

Chennai (India) – Luisa Stefani from São Paulo qualified, this Saturday, for the decision of the WTA 250 in Chennai. She and Canadian Gabriela Dabrowski, 11th in the world, beat Thailand’s Peangtarn Plipuech and Japan’s Moyuka Uchijima by 2 sets to 0, with a double 6/3. The two seek the trophy this Sunday against the partnership of Russian Anna Blinkova and Georgian Natela Dzalamidze.

“The game was good, we started a little slow, but we recovered quickly, we took a good moment and closed it tight. The center court is different, the ball bounced more, we were adapting to the court. It was a great game, it’s to keep working on things what we need to do. The main thing is that the knee is fine, I’m fine physically, without pain”, said Luisa.

“I came with no expectations of results, with the head and perspective of knowing how I would feel physically and emotionally. I’m very happy with how I’ve been feeling all week and I continue with that same mentality. The most important thing is to take it one day at a time. and see how the body responds, I hope to continue improving in terms of level, rhythm and also being healthy, which is the most important thing”, he added.

Luisa plays her first tournament after a year off due to a knee injury, having undergone surgery on her anterior cruciate ligament. The last match since then had been in the semifinals of the US Open, alongside Gabi, when she lived through the drama of being injured and leaving the court in a wheelchair.

The Brazilian reaches her fifth decision playing with Dabrowski and the 12th final in her career. With the Canadian she won the Montreal title last year. Stefani was also champion in Lexington, USA, in 2020, and Taskhenk, in Uzbekistan, both with American Hayley Carter. After Chennai, she will head to Tokyo, where she will play alongside Japanese Ena Shibahara.

Previous Disney raises prices and prioritizes visitors who spend more in parks
Next Death of Elizabeth II: What explains the love of the British for their monarchy | World