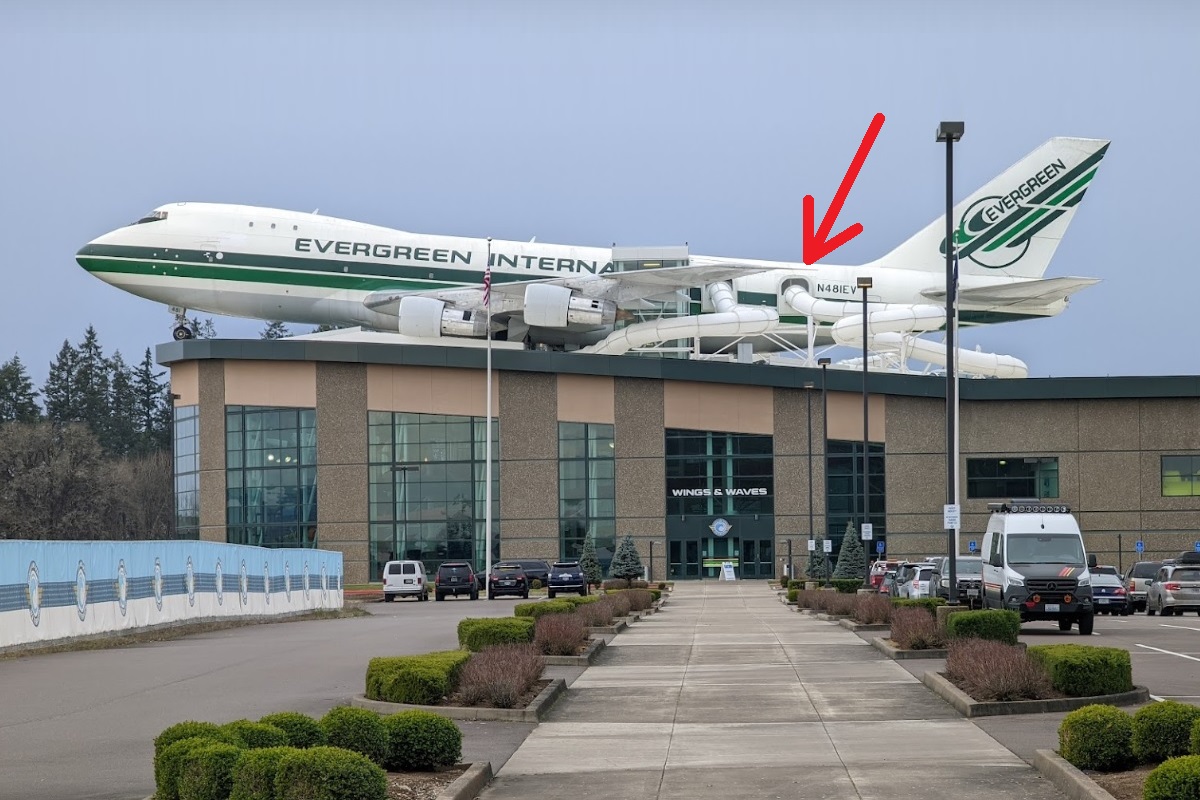 Those who like water parks and aviation have an interesting opportunity to enjoy both in one attraction, with nothing less than a huge Boeing 747, the iconic Jumbo Jet.

And the big quad plane is not just an ornament, but is part of the action, as several water slides depart from inside:

The development seen in the video above is located in McMinnville, Oregon, a state on the west coast of the United States, very close to the city’s airport. In addition to the indoor water park, there is also an aviation and space museum next door.

These are the Evergreen Wings and Waves Waterpark and the Evergreen Aviation & Space Museum. In addition to the Jumbo positioned above the park installation, there is another one on the ground in front of the museum (this one, however, without engines), both in Evergreen colors. The airline operated between 1975 and 2013, using from the L-188 Electra to the Boeing 747-100, -200 and -400.

The plane above the building is the 747-100 that was flying under registration N481EV. It was manufactured in 1970 and operated by Delta Air Lines (it was the company’s first Jumbo), China Airlines and Pan An (already transformed into a freighter), moving to Evergreen in 1991 and being retired in 2009.

According to the construction company Hoffman, responsible for the project, mounting the plane to the roof was a technically challenging task. After extensive study and pre-planning, the company lifted the 328,000-pound (148.8-ton) jet to 65 feet (19.8 meters) with a Manitowoc 2250 crane.

The Jumbo was installed in 2011 in a gantry integral to the partially built structure. The remainder of the water park was later built around and below it.

In addition to the interesting attraction in the water park, it is also worth mentioning that the museum houses nothing less than the historic huge Hughes S-4 Hercules plane, also known as the Spruce Goose, as shown in the following video: