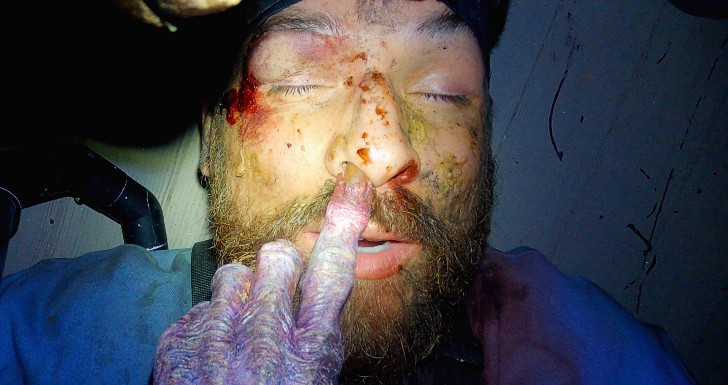 “Deadstream” and “Speak No Evil” were some of the biggest winners in this 16th edition of the MOTELX, the biggest horror film festival in Portugal. This has been another year full of spectacular scares and new proposals for what it really means for a movie to be or not to be ‘horror.’

It all started with a new example of American terror and ended the same way. “Bodies, Bodies, Bodies” opened the festivities with style and generational clashes, while “Resurrection” served as the official closing, confirming once again that Rebecca Hall is one of the modern queens of the genre. Between these two events, a diverse program took place where the plasticity of cinematic horror was tested, both as audiovisual grammar and conceptual categorization. Does the disaster movie fit here? And what are the separations between the crime drama and the nightmare about murderers turned monsters?

It is a testament to the quality of the programming that all these questions are raised, with no definitive answers other than a broad openness to discovery, experimentation and the artist’s creativity. It also seems like a provocation to the audience, but so is the terror and its outlines of hidden anxieties. The big winner of the Méliès d’Argent Award for Best European Feature Film certainly takes these ideas to the extreme. “Speak No Evil” is a hideous feat, but not as shocking as it has been promoted, in which the power of the simple is not impossible to overestimate.

In the paradigm of short films, “Vórtice” won the SCML MOTELX Award for Best Portuguese Horror Short Film. Guilherme Branquinho’s film thus takes the biggest monetary prize for short films in the festival scene in Portugal. The same judges who made that decision still awarded one more prize. André Szankowski’s “Reverso” deserved a Special Mention for its simple nightmare in three shots full of violent innuendo. Outside the Portuguese competition, “Censor of Dreams” by Léo Berne and Raphaël Rodriguez won the Méliès d’Argent Award for Best European Short Film.

All these awards and various honors were chosen by official juries, but at MOTELX, there is also a trophy for those filmmakers who delight the greatest of all committees – the audience. The Audience Award for this 16th edition was awarded to “Deadtstream” by Joseph Winter and Vanessa Winter. This American film explores the vicissitudes of horror in the world of social media and digital celebrity. With a touch of humour, this was one of the many horror comedies on the show – yet another testament to the flexibility of the genre. After all, there is carnage that is funny under the right circumstances.

Between parody and social commentary, this year’s MOTELX was another glorious edition, full of sold-out sessions and a lively atmosphere that is nothing compared to recent years, when the worst of the pandemic affected film festivals so much. To explore Magazine.HD’s coverage of MOTELX, here’s a list of the many articles. This year, by partnering with the festival, we tried to offer one of our most intense coverage for horror fans.

Stay tuned for our festival coverage. At this moment, we are already analyzing the films of the Queer Lisbon 26. Do not lose!

Previous How to take advantage of Nubank’s R$ 1,500 cashback?
Next VIDEO: Brusque athletes and board are harassed by fans after setback in Serie B | brusque