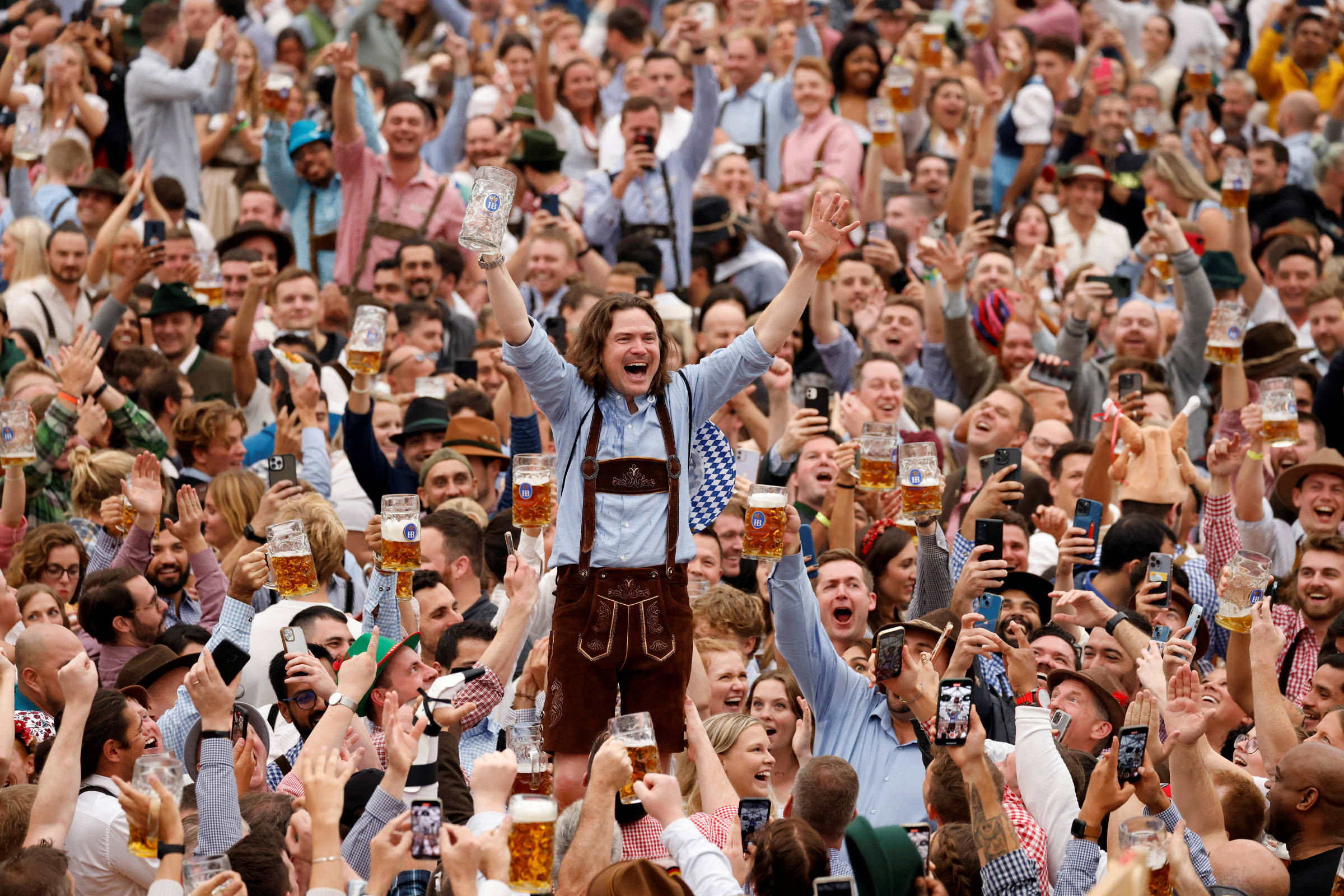 Oktoberfest, one of the best-known festivals in Germany and the world, kicked off this Saturday (17) after a two-year hiatus due to restrictions related to the coronavirus pandemic.

Thousands of people wearing lederhosen, leather shorts typical of the local culture, gathered for the event that usually attracts five million visitors to Munich from all over the world. The event is expected to generate around €1.2 billion (R$ 6.3 billion) in the regional economy.

City Mayor Dieter Reiter, who kicked off the celebration with the traditional act of breaking a beer keg with a hammer, said the festival, which runs until October 3, will be held without any Covid-related restrictions. The 2020 cancellation was the first since WWII; before that, in 1854 and 1873, cholera epidemics prevented the event from taking place.

Some of those present, among the long tables where beer, sausages and pretzels are sold, told the Reuters news agency, said they were surprised by the resumption of public events on this scale.

The return of the party, however, also reflects the effects of the current context. The jump in the prices of agricultural commodities and energy due to the War in Ukraine created difficulties for the brewers, who passed on part of the costs in the price of the drink. Germans are among Europe’s biggest beer drinkers – last year’s average was 84 liters per inhabitant.

The German Brewery Federation, in a statement published on Friday (16), called on the German government to take action to prevent “hundreds of companies in the German beverage sector disappearing and thousands of workers being unemployed”. A 1-liter mug of beer, for example, will cost from €12.60 to €13.80 (R$66 to R$72), which represents an increase of about 15% compared to 2019 values, the last pre-pandemic edition, according to calculations by the Bloomberg agency.

According to the German broadcaster Deutsche Welle, inflation –of 7.9% a year in Germany– has also hit the price of glass bottles, which today are 80% more expensive. In the same vein, the costs of packaging caps have increased by 60%, and even glue for labels is in short supply. In addition, breweries depend on natural gas in the brewing process, and fuel is a central element in the energy war that took place in parallel with the main conflict.

A key diplomatic agent in the Eastern European war, Germany has been one of the countries most affected by the power cuts coming from Russia. On Friday, anticipating the possibility that Moscow could also cut off oil supplies, Berlin took control of a major Russian refinery. It is uncertain, however, the amount of crude oil stored in the structure and the source that Germany will turn to when stocks run out.

Previous Corinthians finalizes preparation for a duel with América-MG; see probable lineup
Next ‘House of the Dragon’ costume designer shares her favorite dress