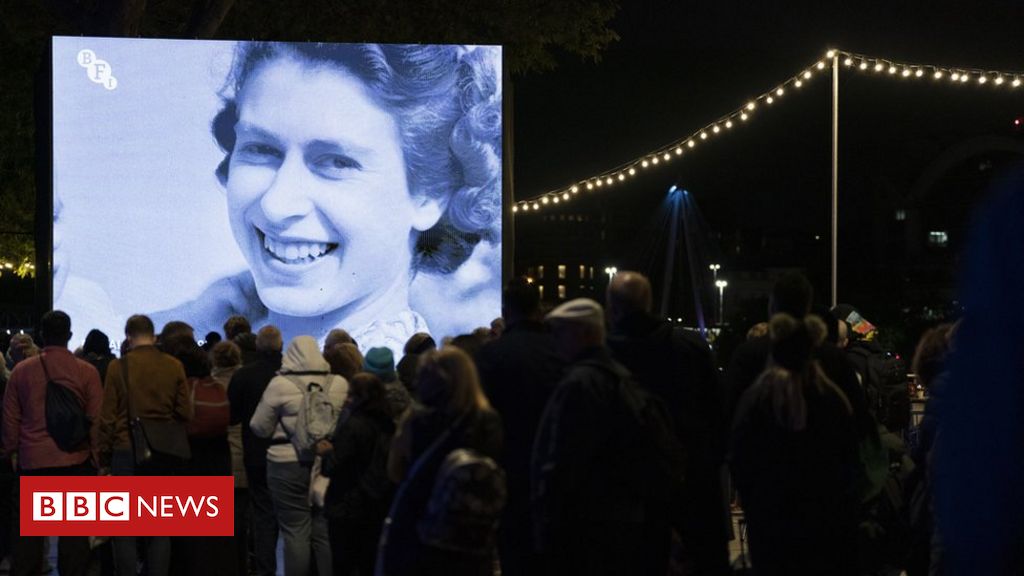 Queen Elizabeth II’s wake: what explains the love of the British for their monarchy

Elizabeth II’s death ends an era. In her 70-year reign, she has witnessed tremendous social change.

In many ways, the UK of today bears little resemblance to that post-war country. It went from a conservative and traditional society to a diverse country.

But the monarchy, however, a system based on the inheritance of power and privilege, continues to maintain steady popularity: 62% of Britons support it as a political system, according to a June YouGov poll.

Charles III himself, who until now was not one of the British royals’ favorite members, felt the effect of the crown: his popularity has doubled since he became king.

This is clearly reflected in the kilometer-long line of citizens that formed to say their last goodbyes to the queen.

In a nation that does not have a national holiday, royal commitments such as jubilees or the monarch’s birthdays took over this space of exaltation of British identity, its idiosyncrasy, what sets it apart from the rest of the world, experts point out.

The association between the monarchy and the British reaches its height with the death of Elizabeth II, when a grieving nation celebrates the life of its queen and, at the same time, its own history.

Where does this support come from?

“Britons value having a head of state that is different and separate from everyday politics,” says constitutionalist Craig Prescott, a professor at Bangor University in Wales.

While the House of Commons can become a brutal place, and confrontation and political tension create unease among citizens, the monarchy, argues the expert, is often presented as a unifying figure, representing all Britons.

“To this is added the way Elizabeth II has carried out her duties since 1952 and her dedication. She was a very popular monarch, even many Republicans agree that she did a great job,” adds Prescott.

For sociologist Laura Clancy, the monarchy has maintained stable support over the years for three main reasons. “First, there is a strong association with national identity, history and nostalgia, with a focus on monarchs.”

Furthermore, “the British developed a strong affection for certain members of the royal family, most notably the Queen”.

And finally, “the monarchy knew how to project itself very well in the media, presenting a particular ideology to the public, such as family values, charity, ideas of service and duty”, argues Clancy.

The monarchy, however, is not without criticism, despite the fact that the weight of republicanism in the UK has changed little in recent decades.

In 1969, 18% of Britons considered themselves Republicans. That number now reaches 22%, according to data from Ipsos Mori. Among younger generations, however, it rises to 31%, according to YouGov data.

For Prescott, “the question is whether these young people will continue to be Republicans when they grow up or if they will change their minds.”

One of the main arguments against the monarchy is that “in principle, it is not democratic”, argues Graham Smith, president of the Republic, perhaps the main group advocating system change in the UK.

“The institution serves no purpose, is corrupt, abuses public money and lobbies for its own interests,” says Smith.

His organization, which seeks to hold a referendum so that Britons can choose their system of government, is planning a protest campaign for the coronation of Charles III, due next year.

Another recurring criticism of the monarchical institution is its cost. Calculating real finances is not easy. The Sovereign Grant, the public budget that is passed on to the royal family each year to manage their entertainment expenses, exceeded US$100 million this year.

The Republic disagrees. “The monarchy does not bring any money into the country, any estimate of the money they are supposed to contribute is completely misleading. However, it costs us 345 million pounds a year ($2.1 billion)”, criticizes Smith, in whose calculation it includes other expenses such as security (not included in the Sovereign Grant).

The Crown’s imperial and colonial past is also under attack, something that, according to Prescott, “the new King and Prince of Wales will have to sort out”.

The scandals of the past few decades, including Prince Andrew being sued for sexual abuse, or the removal of Prince Harry and his wife Meghan from the royal family, “have done a lot of damage to the monarchy and generated a lot more debate about why the monarchy”, argues Smith. .

Despite the criticism, six in ten Britons want the UK to remain a monarchy. A number that has declined in the last decade, but is still relevant.

What makes the British so fond of a system contrary to modern liberal democracy?

One of the thinkers who tried to explain this British idiosyncrasy was the Victorian essayist and journalist Walter Bagehot, one of the early editors of The Economist.

In The English Constitution (“The Constitution of England”, in free translation), published in 1867 and which has become one of the canonical references for understanding the British political system, he differentiates between the efficient element of the Constitution – the government – and the solemn or “dignifying” element. ” of her, incarnated by the monarchy.

Monarchy, Bagehot recognized, is not a rational thing. But “the mystical reverence, the religious fidelity which are essential to every true monarchy, are imaginative sentiments which no legislature can manufacture in a people,” he wrote.

As the empire declines, he argued, “people pay deference to what might be called the theatrical spectacle of society. The climax of this play is the queen,” at the time, Victoria.

These rituals and ceremonies, such as the opening of Parliament, the proclamation, the coronation – the theater, after all, of which Bagehot speaks – ‘provide continuity’.

“The individuals involved change, but the ceremonies remain the same. Elizabeth II has had all kinds of governments, Conservative, Labor or coalition. But for all intents and purposes, the ceremonies have remained the same, so the changes don’t seem so drastic.” in a way, the more things stay the same, the more they can change,” argues Prescott.

The monarch, explains Andrew Marr in The Diamond Queen (“The Diamond Queen”, in free translation), represents continuity: “A constitutional monarchy must represent the interests of the people before a government is elected and after it changes. Remember. Look to the future, beyond the next election”.

That, in the 21st century, a democratic country naturally accepts that the credentials of its new head of state are based on his birth certificate may defy logic. But here, “logic is not the most important factor”, argues Mark Easton, editor of the BBC.

“We’re happy to accept eccentricity and weirdness because they reflect an important part of our national identity. So, in trying to explain the monarchy’s unlikely success, we shouldn’t expect the answer to be based on reason,” explains Easton.

Previous Meet the Always On Display function, which is only now available on the iPhone | Cell
Next Globo exhibits “The Hunter and the Ice Queen” at this Sunday’s Maximum Temperature