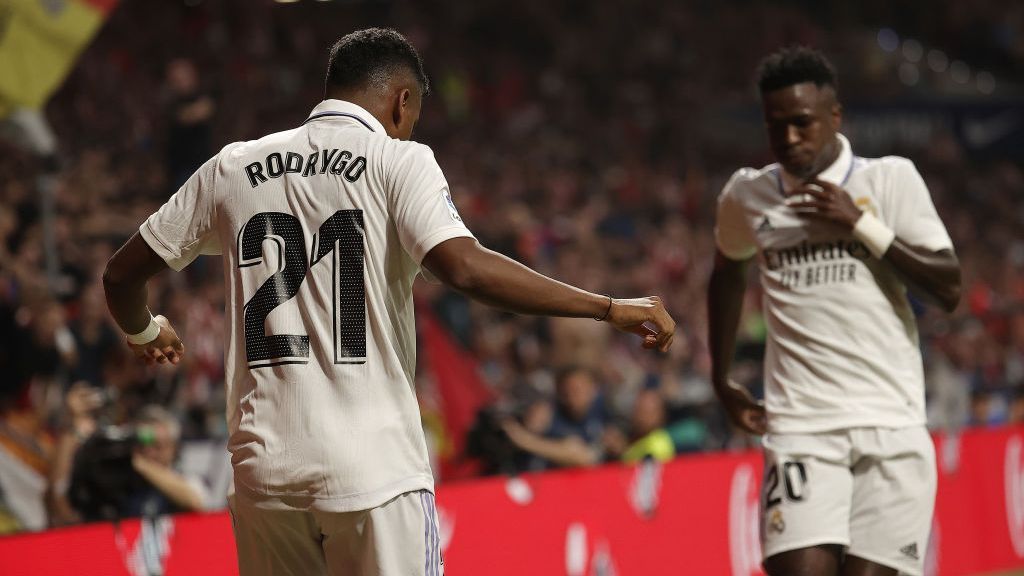 In a week marked by racism against Vini Jr, Real Madrid commanded the game at Atlético’s home

In this Sunday’s classic for the sixth round of LaLiga, the Real Madrid went to Civitas Metropolitano and won the Madrid’s athletic this sunday for 2 to 1, with goals from Rodrygo and Valverde.

After all the controversy of the week with Vinicius Jr. suffering racism, Real’s number 20 was the one who left laughing, and the meringues left the rival’s stadium silencing the local crowd and with the three points.

In a week where the Brazilian was the target of racism by a football agent from Spain and even Koke, Atlético captain, for his dances in celebration of his goals, discriminatory acts continued at Civitas Metropolitano.

With each touch of the Brazilian’s ball, the supporters booed him.

Absurd pass by Tchouameni, goal by Rodrygo and dancing with Vini Jr.

In the 18th minute, Rodrygo scored with Tchouameni, the Frenchman gave a spectacular cover pass and left the Brazilian in the face of Oblak. Rayo did not forgive and opened the scoring for the Merengues.

At the celebration, he and Vini Jr. danced samba on the corner flag.

At 36, Vini Jr. made a beautiful move down the left, invaded the area and kicked the post. On the rebound, Valverde put the ball in the back of the net.

Real Madrid’s goals angered Atletico fans, who even threw objects onto the field, including a glass bottle.

Atletico cash out at the end

In the 37th minute of the second half, Atlético put pressure on Real Madrid and finally reached their goal, with Hermoso, a little “unintentionally”, after the ball deflected, hit him and, with Courtois already “sold” on the move after missing the cut at the intersection.

Minutes later. Hermoso, who came from the bench, ended up being sent off after receiving two yellow cards in a row for getting involved in controversies with Real Madrid players.

With this result, Real Madrid is 100% in LaLiga after 6 rounds and leads the competition with 18 points, two more than Barcelona.

Atletico Madrid, on the other hand, has 10 points only in seventh place in the Spanish Championship.

Real Madrid will play again on October 2, at the Santiago Bernabéu, against Osasuna.

The day before, Atlético de Madrid plays away from home against Sevilla.