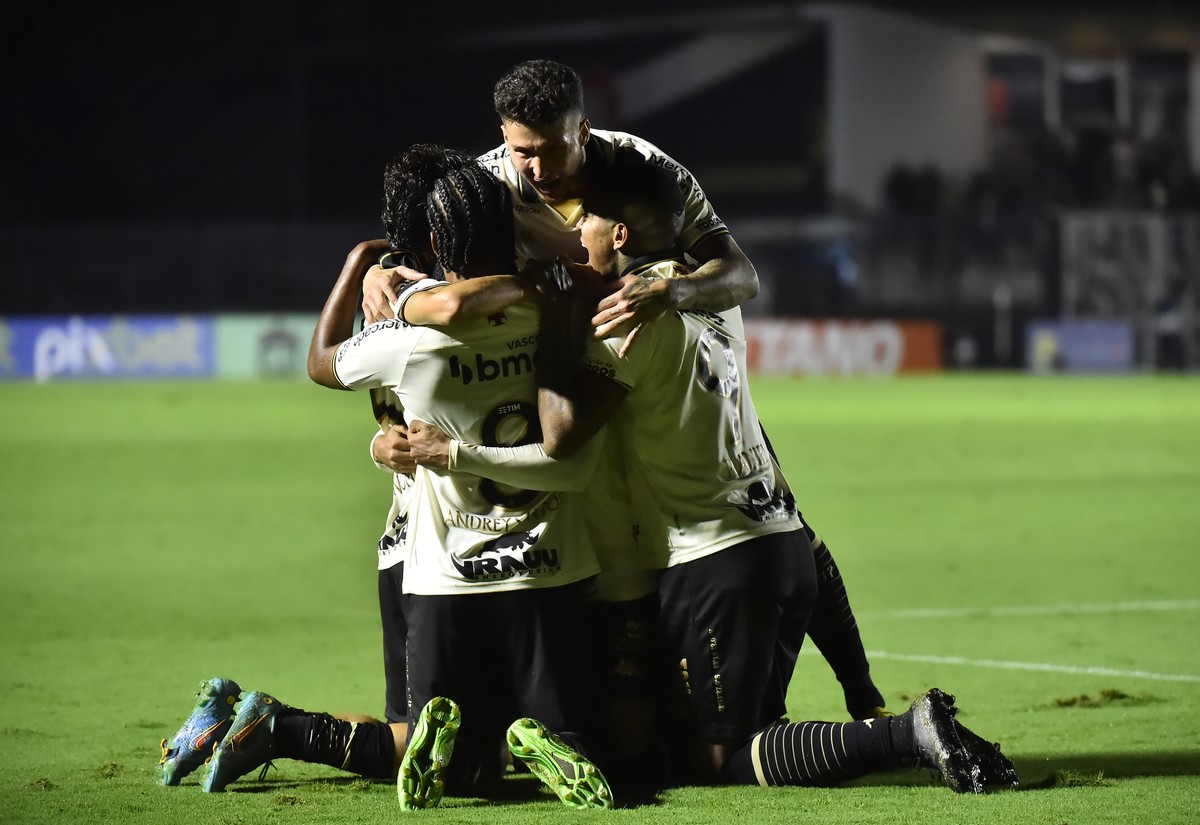 Series B has Cruzeiro “almost there”, Vasco increasing chance of access and new Z-4 formation | Brazilian series b

With the results finalized, the Vasco fan gains a small dose of optimism. Vasco’s chances of access, placed fourth, rose to 68%. Among the G-4 clubs, the vice-leader Bahia appears with 95%. Grêmio, which occupies the third place, now has 88%.

Vasco players celebrate one of the team’s goals in the victory over Náutico — Photo: André Durão

In the fight against relegation, Guarani and Vila Nova-GO won in the round, left the Z-4 ​​and gained a little breath in the championship. In the group of the last four places, Náutico (93%), Operário-PR (77%), Brusque (66%) and CSA (44%) appear, momentarily, as the main candidates for sticking.

+ Serie B simulator: do your math and project results in the final stretch of the championship

The infobola website, by mathematician Tristão Garcia, considers the top 12 with chances of access to the elite of Brazilian football. Cruzeiro and Bahia appear with more than 90%.

Vasco, who thrashed Náutico in the round, increased the chance of moving up to Serie A from 61% to 68%. Defeated by Novorizontino, Grêmio now has 88%.

In the fight against relegation to Série C of the Brasileirão, 11 clubs are still in contention, but eight have more chances of falling. Náutico, Guarani, Operário-PR, Vila Nova, Brusque, CSA, Chapecoense and Novorizontino are the teams with the highest percentages, according to the infobola website.