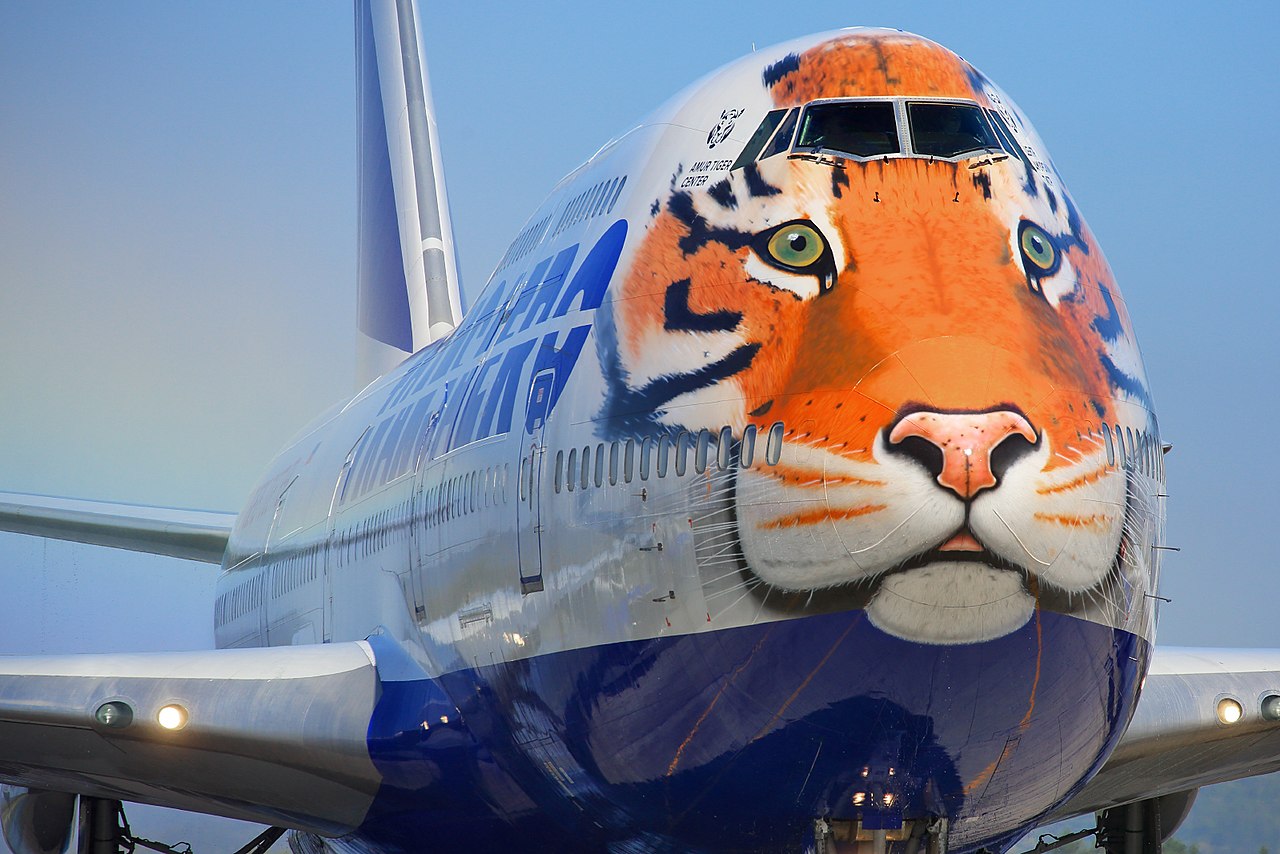 A plane as iconic as a Boeing 747-400, decorated with the face of a Siberian tiger and carrying eight African cheetahs, the fastest land animal in the world (it can run from 80 km/h to over 100 km/h), was the perfect combination found by the team responsible for an equally memorable transport.

This whole scenario, together with an apparatus specially prepared on board and on land, ensured that the eight specimens, five females and three males, flew safely for 10 hours, between Vinduque (Namibia) and Gwalior (India), where their new habitat, in a conservation area.

Although the aircraft, the Boeing 747-400 (ER-TRV) operated by Terra Avia, can carry 80 tons, the only cargo (or passengers) on Friday’s flight were the cheetahs (another form as the cheetah is known) and their companions. , including a veterinarian, a wildlife scientist, the Indian High Commissioner to Namibia, Prashant Agrawal and Laurie Marker, Executive Director of the Cheetah Conservation Fund.

The #Cheetahs flying in to India Special Boeing 747 flight pic.twitter.com/YnGABuOYdb

“All international protocols will be followed. The boxes were prepared according to the requirements”, said SP Yadav, responsible for the project at Namibia’s Ministry of Environment, Forestry and Climate Change. The animals were not given a tranquilizer for this trip.

The cheetahs had to spend the entire period of air transit on an empty stomach. This precaution is necessary as a long journey can create feelings of nausea in the animals, leading to other complications.

“Our team did a great job to be fully prepared for the flight. Our main job was to get the aircraft fully ready for a comfortable flight for the kittens.”, said Vladimir Ghilan, responsible manager of Terra Avia. That includes setting a comfortable temperature for the animals inside the aircraft, he said.

When they landed in India, the cheetahs were transported in an Indian Air Force helicopter from Gwalior to Kuno National Park, where they were released into the wild by Prime Minister Narendra Modi.

The large carnivore has been completely wiped out from India due to its use for sport hunting, overhunting and habitat loss. The government declared the cheetah extinct in the country in 1952. The last feline died in 1948 in the Sal forests in the Koriya district of Chhattisgarh.

Beginning in the 1970s, the Indian government’s efforts to restore the species to its historic areas in the country led to the signing of a pact with Namibia, which donated the first eight individuals to launch the cheetah reintroduction program in India.

#Cheetah_is_back…
The world’s fastest land animal, the Cheetah, is in #India now.
The Hon’ble PMShri #NarendraModi Ji released 8 Cheetas in the #kuno_national_park #MadhyaPradeshbrought from # Namibia.The Cheetas are brought under the #Cheeta_Reintroduction Project of @moefcc. pic.twitter.com/P9A9dZjh6W

To ensure the safe transport of live animals, the International Air Transport Association (IATA) introduced a global certification program in 2018.

Before accepting a shipment of animals, company teams have a checklist that needs to be completed in order to ensure that shippers obtain as much information about the animals as possible and ensure that the aircraft is capable of transporting them.

Some of the measures that are taken to ensure the safety and comfort of the animal is to regulate the air conditioning system of the aircraft which can maintain proper air conditioning and ensure that boarding and disembarkation takes place without stress.

The memorable flight this Friday (16) will also be recorded forever on flight tracking platforms, as shown below.