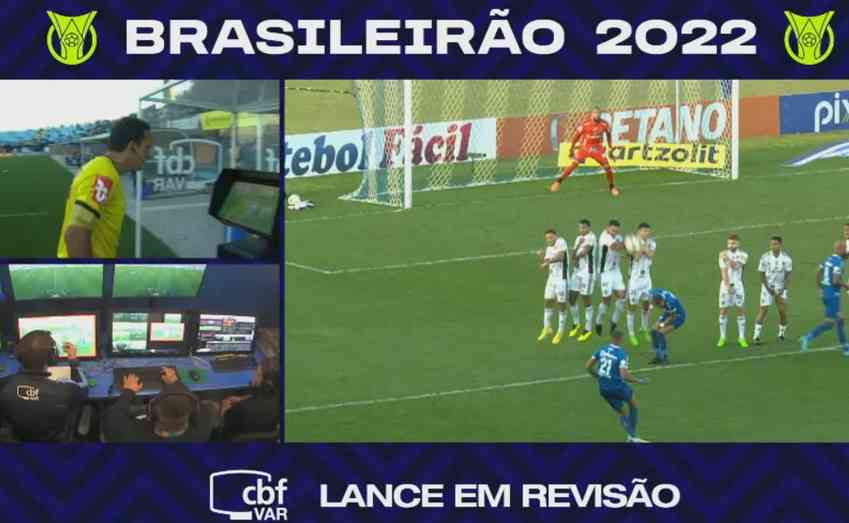 During Ava’s victory over Atltico, last Saturday (17/9), the VAR (video referee) changed the opinion of the field referee on the penalty committed by defender Nathan Silva, from Galo. The player’s movement with the arm was considered “deliberate action”.

At the beginning of the second half, in a free kick near the alvinegra area, Nathan Silva pushed the ball away using his right arm. The VAR (Wagner Reway) recommended the referee Andr Luiz de Freitas Castro. See the dialogue below.

Dialogue between VAR and referee in Ava vs Atltico