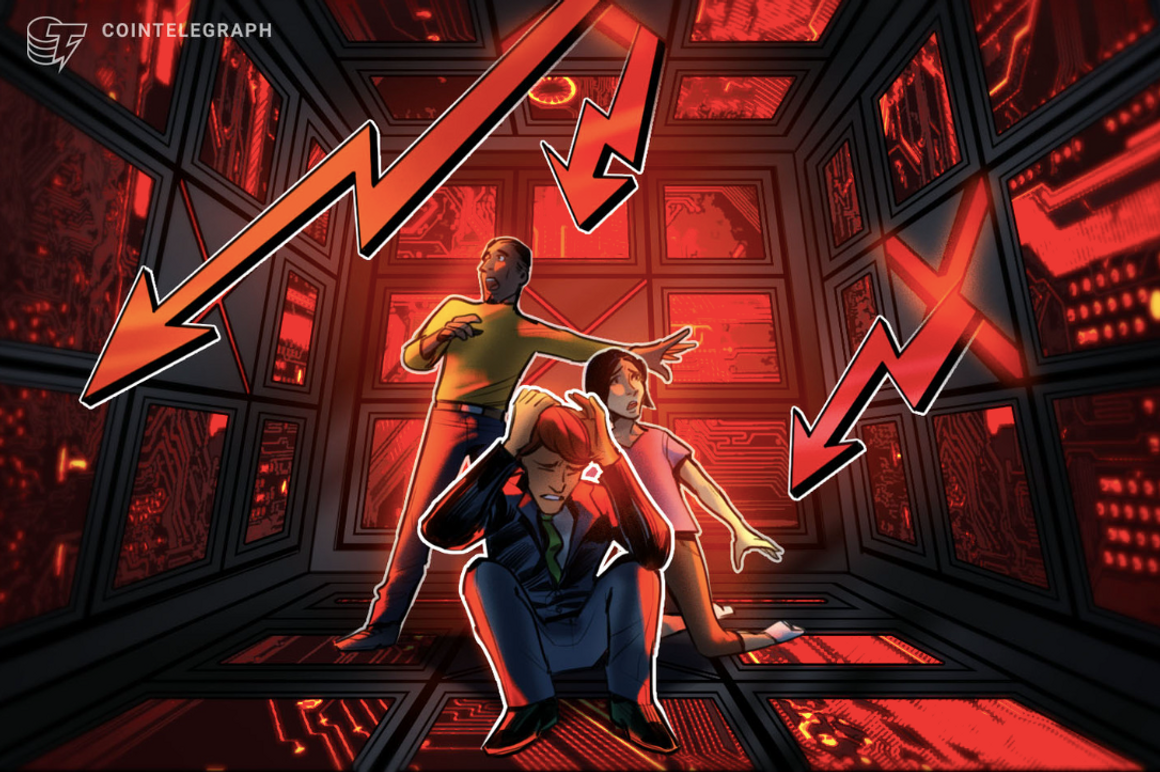 Bitcoin tests support at $18,000 on fears of another drop this week

The main cryptocurrency on the market, Bitcoin is quoted this Monday morning, 09/19/202, at R$ 98,327.85.. The BTC price is retesting the support at $18K at which several buy orders are managing to sustain the BTC price above this level.

However, throughout the week the bulls have a very big challenge as the macroeconomic data is bad and, with that, the chances of the $18k support being broken are high and after that there is only another support at $15k and then $10k.

“The day starts with bitcoin falling almost 5% and approaching its low for the year. The same is happening with ether, which has dropped more than 10% between yesterday and today. And as expected, Nasdaq futures point to In the same direction and start the day down. In the on-chain data we see a recovery in the position of long-term investors even with prices falling yesterday.”, highlighted Andre Franco, Head of Bitcoin Market Research.

Analyst Akash Girimath points out that Bitcoin price has swept past the previous weekly low of $18,500 and is very close to collecting sell-stop liquidity below the June 18 low of $17,593.

“Regardless, the recent BTC sell is an opportunity for patient investors. Investors can expect BTC to trigger a run to $19,405, which is the weekly open. However, a turn of $19,539 could catalyze the price from Bitcoin to retest the $20,737 hurdle, offsetting what could result in a quick move to $25,169,” he said believing in a short-term rally.

However, like most analysts he also points out that if Bitcoin price turns the $18,293 support level into a resistance barrier, it will invalidate the bullish outlook and trigger a drop to $15,550.

Bitcoin (BTC) is a digital currency, which is used and distributed electronically. Bitcoin is a decentralized peer-to-peer network. No person or institution controls it.

Bitcoin cannot be printed and its quantity is very limited – only 21 million Bitcoins can be created. Bitcoin was first introduced as open source software by a programmer or an anonymous group of programmers under the codename Satoshi Nakamoto in 2009.

There have been many rumors about the real identity of the BTC creator, however, all the people mentioned in these rumors have publicly denied being Nakamoto.

Nakamoto himself claimed to be a 37-year-old man living in Japan. However, because of his perfect English and his software not being developed in Japanese, there are reasonable doubts about this information. Around mid-2010, Nakamoto went on to do other things and left Bitcoin in the hands of some prominent members of the BTC community.

For many people, Bitcoin’s main advantage is its independence from world governments, banks and corporations. No authority can interfere with BTC transactions, impose transaction fees or take money from people. Furthermore, the Bitcoin movement is extremely transparent – ​​every single transaction is stored on a large, public, distributed ledger, called a Blockchain.

Essentially, as Bitcoin is not controlled as an organization, it gives users full control over their finances. The Bitcoin network shares a public ledger called a “block chain” (block – block, chain – chain). This ledger contains all processed transactions. The digital records of transactions are combined into “blocks”.

If someone tries to change just one letter or number in a block of transactions, it will also affect all blocks that come after it. Due to the fact that it is a public ledger, an error or attempted fraud can easily be detected and corrected by anyone.

Due to the verification process and depending on the trading platform, it may take a few minutes for a BTC transaction to complete. The Bitcoin protocol is designed so that each block takes around 10 minutes to mine.

Disclaimer: This is not an investment recommendation and the opinions and information contained in this text do not necessarily reflect the positions of Cointelegraph Brasil. Each investment must be accompanied by research and the investor must inform himself before making a decision.

Previous What does Cruzeiro need to have the best campaign in Serie B history?
Next Did the team hurt Danilo? Palmeiras lives repeated film with steering wheel