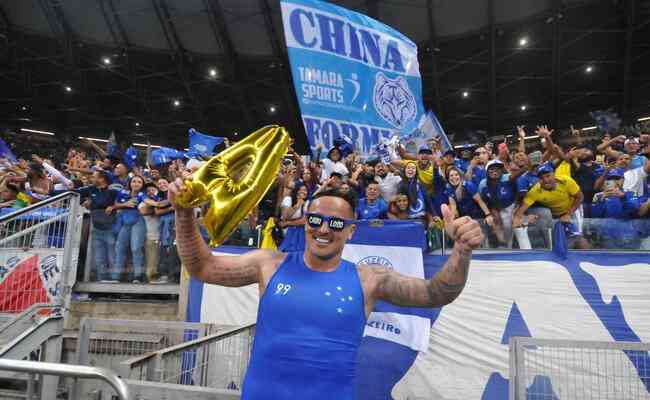 Cruzeiro equaled the scoring record in the first 30 rounds of Serie B since the current format was adopted (points running with 20 clubs) in 2006. With access virtually guaranteed, the celestial team has 65 points – the same number as Palmeiras got it in 2013.

See the ranking of the best campaigns in Serie B history by points scored in the first 30 rounds:

The celestial campaign in 2022 has 19 victories, eight draws and three defeats, with 41 goals scored, 16 conceded, a balance of 25 and 72% of the points played.

Palmeiras in 2013 are ahead in the tiebreaker, as they had won 20 times (one more than Raposa). There were also five draws, five defeats, 58 goals scored, 24 conceded and 34 of balance.

In the final eight rounds, leader Cruzeiro could even surpass the best campaign in the history of Serie B. The brand belongs to Corinthians, which totaled an impressive 85 points in 2008.

To surpass Timo’s numbers, Cruzeiro would need 21 points out of 24 possible – that is, seven victories by the end of the competition.

Cruzeiro is virtually assured in the 2023 Serie A. To mathematically guarantee the spot, the celestial team needs to beat Vasco this Wednesday (21). The teams face each other from 21:00, in Mineiro, for the 31st round.

Previous 2 amazing movies to watch on NETFLIX this week
Next iPhone 12 vs iPhone 14: find out if it’s worth switching phones | Cell