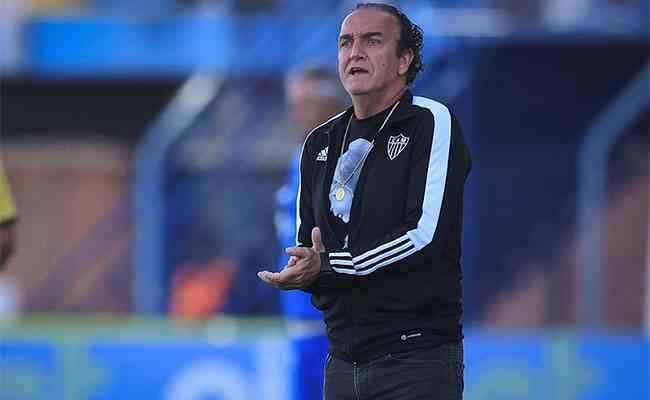 Cuca takes advantage of relegation zone on return to Atltico

Cuca was announced as Atlético’s coach on July 23 to replace Turco Mohamed. The coach, champion of the Brazilian Championship and the Copa do Brasil last year, arrived at Galo with the expectation of taking the team forward in the Copa Libertadores and leaving the team in a position to fight for the title in Serie A. But in just ten games , the team taking advantage of the relegation zone.

Cuca has led Galo in ten games since returning to the club. There are two victories, four draws and four defeats, an advantage of 33.3%, the same as Cuiab, 18th in the Brazilian Championship.

On his return to Atltico, Cuca was ahead of the team in the quarter-final elimination of the Copa Libertadores. In the first leg against Palmeiras, in Mineiro, Galo opened 2-0, but gave up the tie at the end. In the return match, Alvinegro could not win with two more on the field and ended up being eliminated on penalties.

Only the Brazilian was left for Cuca to try to take the Rooster to the dispute for the first positions, but that hasn’t been happening, especially due to the performance at home. With the coach, Atltico played three times at home and only scored one point. In last year’s campaign, for example, the alvinegro team only lost four points (one draw and one defeat) in 19 matches as home team.

The two victories won by Atltico with Cuca were against Coritiba and Atltico-GO, teams that fight against relegation, away from home. That’s why it was even more frustrating to lose to Ava, this Saturday, in Ressacada.

Galo was beaten 1-0, with a penalty goal by Bissoli. With the result, Ava broke a nine-game fast without winning, while Atltico could see the G6 teams open the gap in the classification.

Atltico will now have ten days to work and prepare for the confrontation against leader Palmeiras. The match will be held on September 28, at 9:30 pm, in Mineiro.