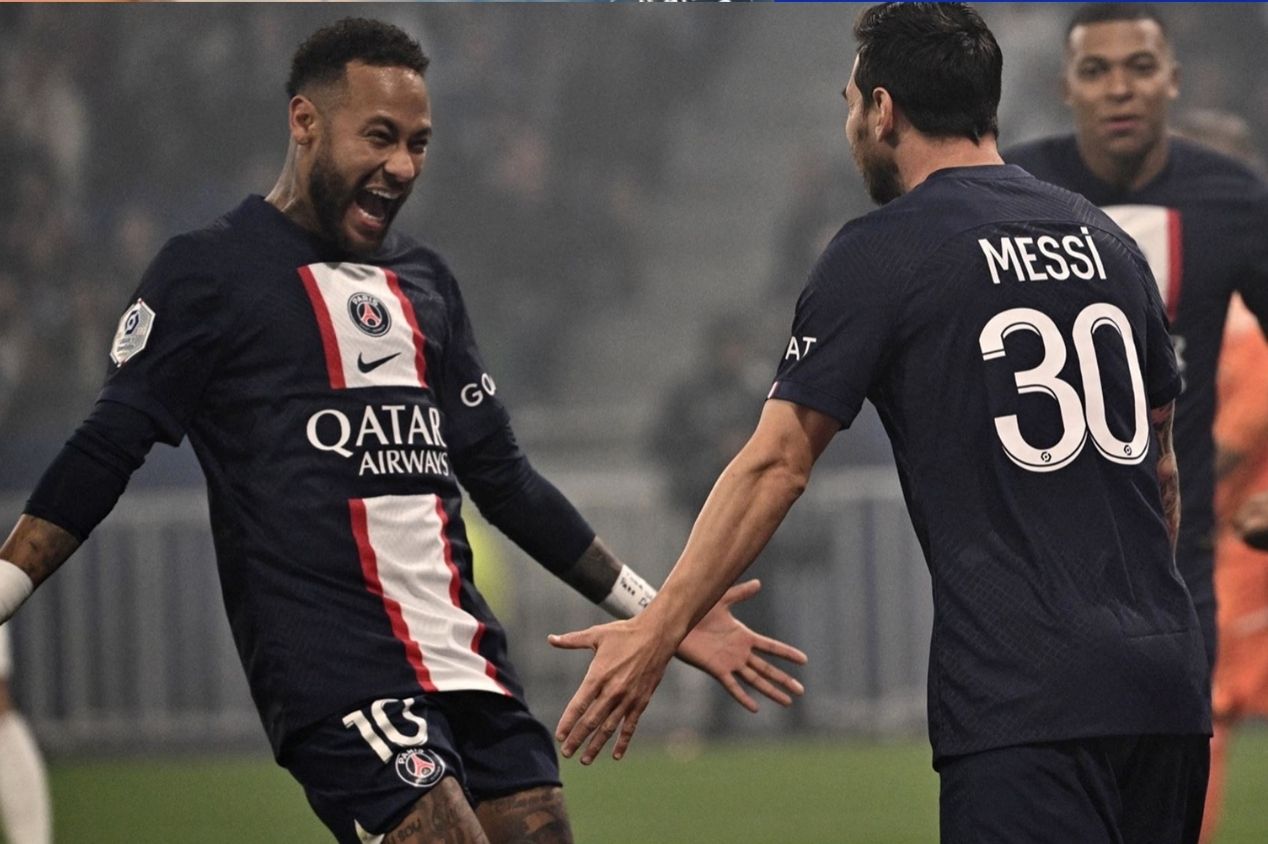 Fans are excited about the partnership between Neymar and Messi: “Appellation”

Despite not being brilliant, PSG secured three important points in the French Championship. Away from home, Neymar, Messi and company achieved a 1-0 triumph over Lyon, a victory that maintained their leadership in Ligue 1. Therefore, the only goal of the match came from the partnership between the Brazilian and the Argentine, a move that excited Internet users on social networks.

Flying ahead of the World Cup, Neymar, who has reached 100 games in Ligue 1, has reached his eighth pass since the start of the season. In this way, the tendency is for the one-two with Messi to reserve more genius plays, in view of the fit in the attack that still has Mbappé.

ONE MORE OF THE MNM TRIO! 🔥

After a table with Mbappé and Neymar, Messi invades the area and hits first to open the score for PSG!

Looking to upset Lyon’s defense, Neymar won praise from the daily Le Parisien. Suffering with fouls, shirt 10 managed to escape the strong marking to set up dangerous plays, but PSG was unable to increase the advantage. Even so, as Donnarumma continued without having his goal leaked, the team from the capital added 22 points in the French Championship.

“’For his 100th game in Ligue 1, the Brazilian assisted Messi. He risked some attempts, many defended by Lopes. Once again he was not spared by the opponents’ fouls’‘ exclaimed the diary.

See below the messages involving the performance of Neymar and Messi in Lyon vs PSG.

Neymar and messi together is a lot of appeal

the caram go from 7 players as if they were nothing

Another participation for Neymar’s goal. And Messi returned to his maximum level. Playing on a level that we’ve known him for a long time.

what a privilege it is to be able to watch lionel messi and neymar jr on the field pic.twitter.com/0NO89a66oW

Messi is so happy playing with Neymar 😍

Best in the world this year is between Neymar and Messi
The two will decide the title in this year’s World Cup semifinals.

perfect connection of the two in the entire play

I lack words to describe them.

They are few and I need so many. pic.twitter.com/7DVhmlhFEy

MESSI AND NEYMAR PLAYING TOGETHER IS A RELIGION

I have the greatest obligation/pleasure not to miss any Neymar and Messi game on the field. Awesome, I love these guys

Neymar and Messi working is out of this world. And there’s still Mbappe to break. PSG with Ramos fixing the defense becomes a favorite yes to the Champions League title.

Neymar and Messi are inseparable

Do you know why this duo works? Because they both respect each other. No ego and no one wanting to be better.