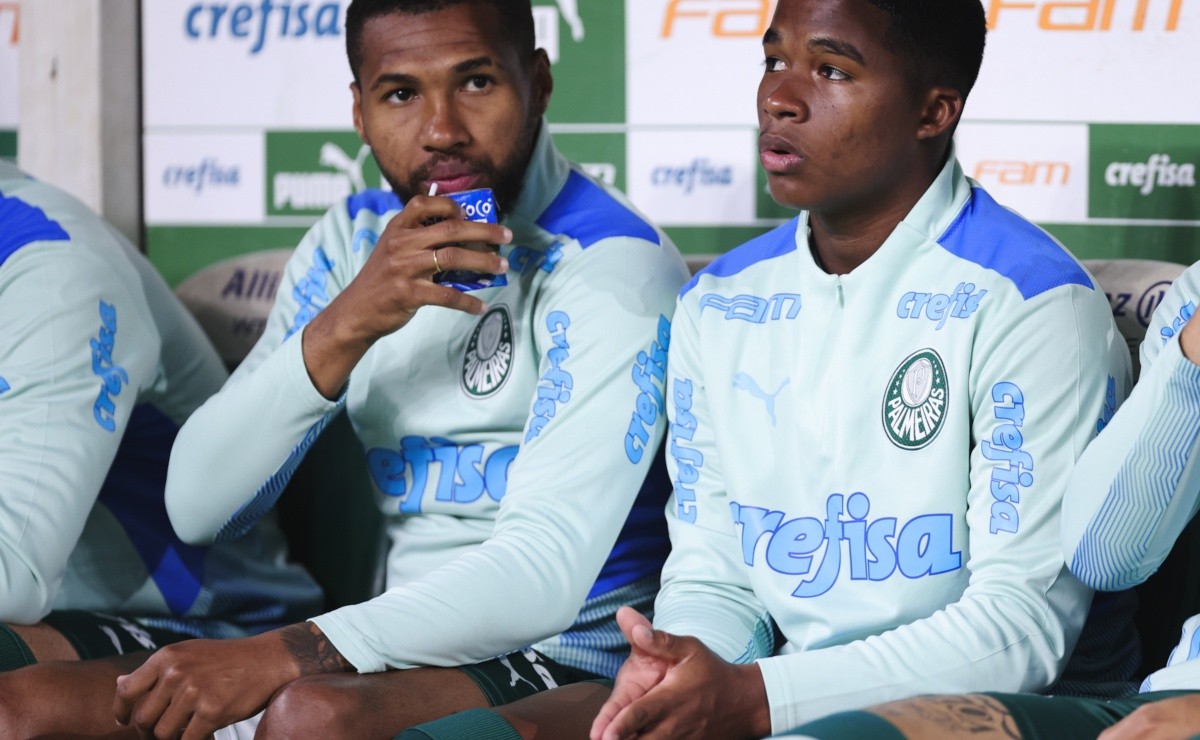 “I thought it better not…”; Endrick’s reason not to play is revealed and Abel exposes Palmeiras’ restriction

Palmeiras won the derby against Santos and took another step on the way to 11th Brazilian title. Despite the games that still remain for the team coached by Abel Ferreira in the competition, the stumble of some competitors encourages the supporters of Verdão. Which frustrated who was in the grandstand at Allianz Parque this Sunday (18) was Endrick’s stay on the bench.

The 16-year-old striker is the great Brazilian promise of recent years and has been attracting the interest of European giants. When asked about leaving Endrick on the bench, coach Abel Ferreira spoke about the club interference in managing the boy’s career. The coach further revealed that he wanted to move Endrick up to the pros before, but Palmeiras did not allow.

Abel was not happy with the questions about the 16-year-old striker. At the end of his answer on the subject, he asked the press to stop questioning about Endrick and that everything was clarified this Sunday. The coach even mentioned some forwards that the squad has, saying that the youngster will have space in the right time and within the Palmeiras plan.

“He is a centre-forward. We have Rony, we have Miguel (Merentiel), we have (Flaco) Lopez, we have Navarro and he (Endrick) is going to make his way. He is very calm, he is very mature, very hardworking, his opportunity will arise naturally and calmly, in God’s time. When it has to be, there’s no scheduled date. Do the normal way, we are very careful not to happen what happened with some to go and then have to fall (return to the basic categories). About him, I was very clear today and don’t talk to me about it again, I won’t talk about this player anymore. Endrick will follow the plan outlined by the Club”explains the Palmeiras coach.

Previous High School Musical: Will Zac and Vanessa Do a Series?
Next And now, Apple?! iPhone 14 Pro camera has issues with third-party apps