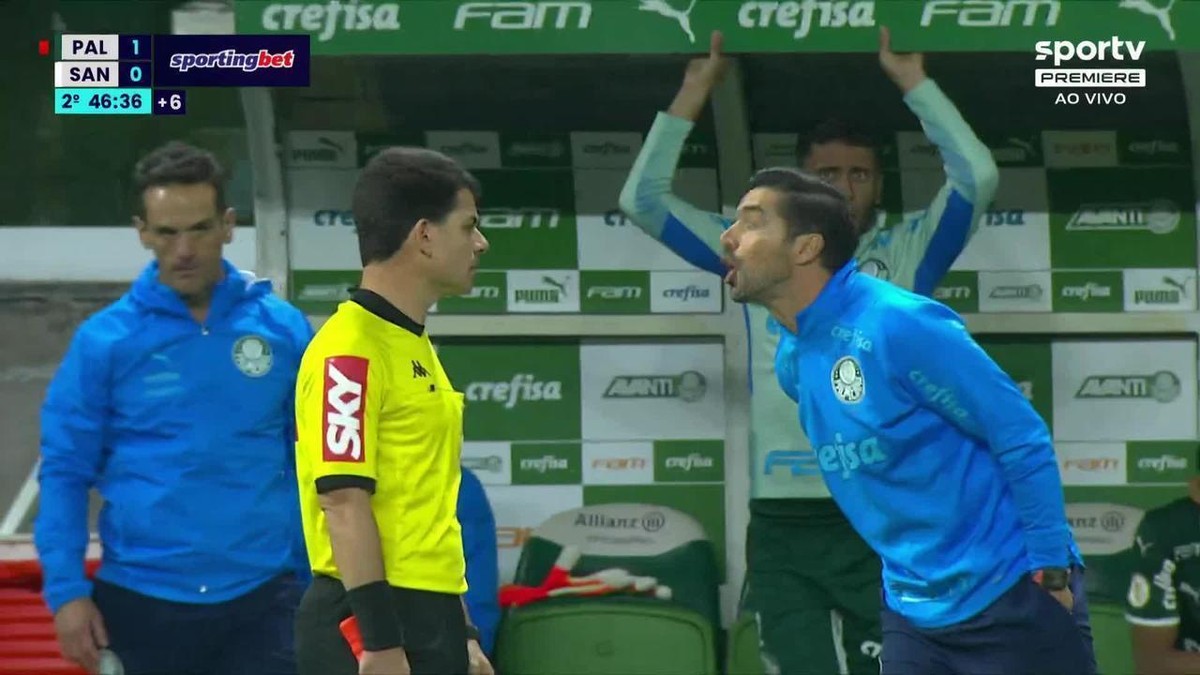 Palmeiras will not have four important players and coach Abel Ferreira for the match against Atlético-MG, away from home, for the 28th round of the Brazilian Championship.

Zé Rafael, Gabriel Menino and Gustavo Gómez are out after receiving the third yellow card in the 1-0 victory over Santos, at Allianz Parque, this Sunday. Abel Ferreira and Danilo were expelled in the classic and are also missing. 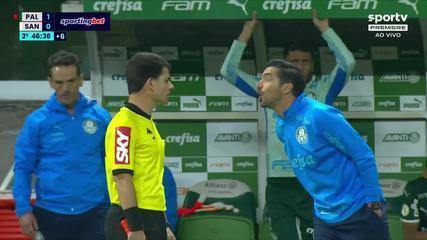 All were warned by the referee in the second half and will not be able to enter the field in the confrontation that will be played at Mineirão, on September 28, at 21:45 (Brasília time). 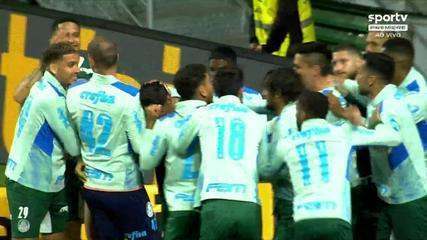 Best moments: Palmeiras 1 x 0 Santos, for the 27th round of the Brasileirão 2022

Zé Rafael was booked nine minutes into the final stage after a foul on Lucas Braga in an attempt to prevent his rival’s counterattack.

See too:
+ How was the classic between Palmeiras x Santos
+ Table and classification of the Brasileirão

Danilo was sent off five minutes later after stepping on Soteldo, who was walking towards the goal.

In the 29th minute of the final stage, it was Gabriel Menino’s turn to receive the yellow card. Gustavo Gómez, called up to the Paraguayan national team, also received a card in the final minutes. He should already be out of the confrontation because of the friendly with the national team.

Weverton, who will be with the Brazilian team for the friendlies against Ghana and Tunisia, should also not arrive in time for the confrontation. Marcelo Lomba is his immediate replacement.

Without the starting midfielder duo and the immediate reserve, Verdão has only Atuesta and Fabinho as options available in the sector, as Jailson is still in the recovery phase of a knee injury.

Coach Abel Ferreira received a red card and will also miss Palmeiras in the next round.