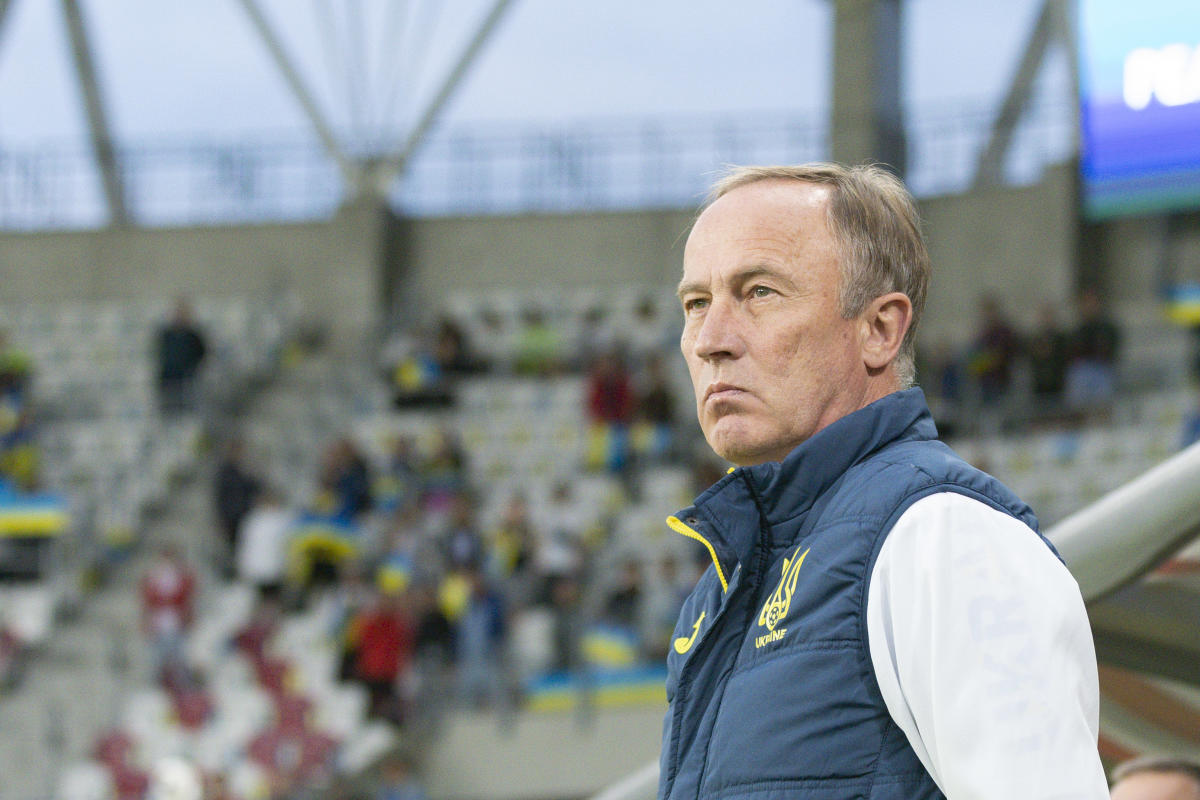 Russia wants Ukraine coach to be punished for talking about war

Russia is asking UEFA to ban the Ukraine men’s national team coach from football after he expressed a desire to fight Vladimir Putin’s invading forces.

The Football Union of Russia wrote to the governing body accusing Oleksandr Petrakov of discriminating against Russians and failing to remain politically neutral.

In a letter to UEFA’s control, ethics and discipline body, Petrakov is accused of violating codes of conduct by calling for Russians to be banned from international sport and talking about his hopes of joining the Armed Forces.

The latest comments were first made by Petrakov in an April interview with the Guardian. They were later picked up by Corriere dello Sport.

“I thought that if they come to Kiev, I will take a gun and defend my city,” Petrakov said. “I am 64 years old, but I felt it was normal to do this. I think I could defeat two or three enemies.”

Petrakov, now 65, said in the interview, which took place in Kiev at the height of the fighting, that he had spoken with a member of Ukraine’s government shortly after Russia’s invasion about joining the territorial defense. He was told that his age and lack of military experience made him reckless.

The Russian Federation alleges Petrakov’s comments violate FIFA and Uefa codes that prohibit “discrimination of any kind against a country” and seek to promote football “in a spirit of peace”.

A spokesman for the Ukrainian Football Association said: “When your country was attacked by inhumane invaders, [Petrakov] he was ready to defend his land, his wives and children.

Petrakov was praised in June for his conduct in Britain as his team ended Scotland’s hopes of qualifying for the World Cup at Hampden Park before losing in Cardiff to Wales.

It is worth remembering that Russian football clubs and national teams have been suspended from all competitions by FIFA and UEFA, but the ban does not cover individual players.

A UEFA spokesman said: “We cannot comment on individual cases. When complaints are received, they are dealt with in accordance with the provisions of the disciplinary regulation. We have no further information to provide at this stage.”

Petrakov has been praised by Ukraine’s President Volodymyr Zelenskiy after leading Ukraine to victory at the 2019 U-20 World Cup.

The national team manager, who replaced former Chelsea striker Andriy Shevchenko in August 2021, was distraught after losing in Cardiff but thanked the Welsh people for their support and wished Wales good luck in the World Cup.

Previous Emily in Paris: Season 3 is officially filming – Vogue
Next Cyberpunk 2077: The number of PC players quadruples, the game is close to the Top 10 Steam