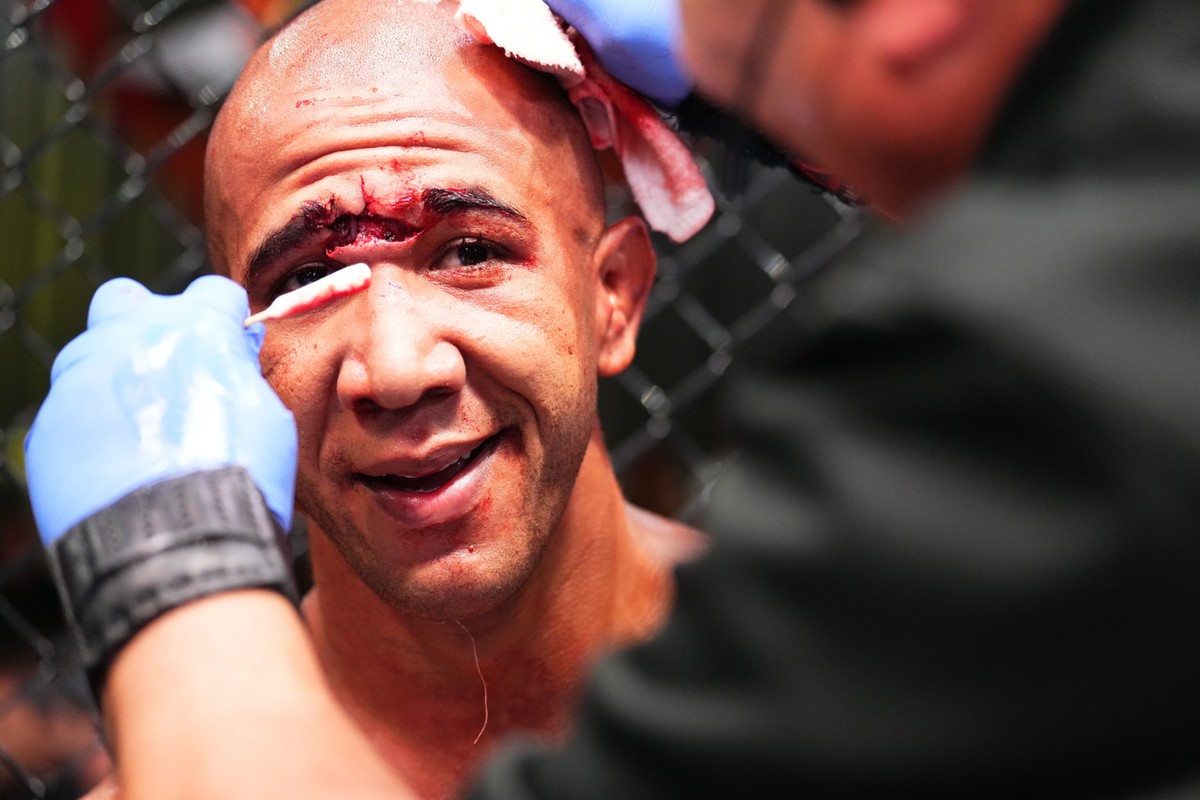 UFC: Gregory Robocop gets a deep cut on his face. Image is strong! | combat

The Brazilian fighter and the American opponent had a duel that would later take the “fight of the night” bonus, which yielded US$ 50,000 each. In the first round, Chidi Njokuani had the advantage when Robocop went into a takedown and took a knee against him, which opened the deep cut in his face. The Brazilian, quite uncomfortable with the bleeding, still tried to use takedowns, but the American was always able to get up, in addition to using good punches at speed. Until at the end of the partial, at a clear disadvantage, Robocop connected a powerful right that made Njokuani collapse. The Brazilian capitalized with more punches until the end of the round.

Click on the image below to see what the cut looked like after the fight, before the stitches:

The fight continued to accelerate on the way back to the second round. Robocop had more punches and, by shortening, got the takedown. On top, he punished with ground and pound, and Njokuani just defended, until the central referee correctly interrupted the fight.

Gregory Robocop reached five fights in the UFC, where he now has four wins and one loss. He beat Dusko Todorovic and Jun Yong Park, but then lost to Armen Petrosyan in a controversial split decision. Following, the Brazilian knocked out Julian Marquez and now Njokuani. His cartel has 13 wins and four losses.