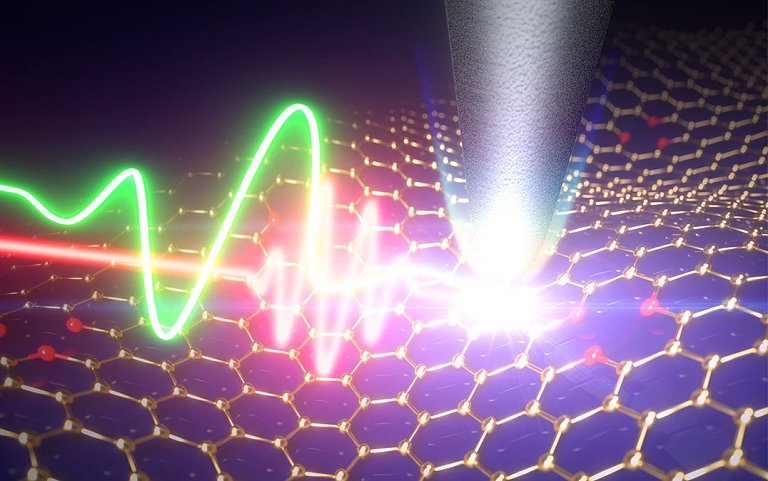 The electron microscope captures an image every 30 femtoseconds.
[Imagem: University of Tsukuba]

Have you ever imagined a camera capable of capturing a quadrillion frames per second?

Yusuke Arashida and colleagues at the University of Tsukuba in Japan not only imagined it, they built one.

They used an innovative but curiously simple arrangement to give a tunneling electron microscope the ability to capture images in sequence every 30 femtoseconds (10-15 second).

Using ultrafast pulsed laser techniques, the team improved the temporal resolution of image capture, moving for the first time from picoseconds to femtoseconds, which can greatly increase the ability to study extremely fast processes such as cellular processes or photosynthesis. .

For most applications, including recording curious videos for Youtube, a camera capable of recording frames in a picosecond – 1 trillionth of a second – is already much faster than necessary.

However, for scientists trying to understand the ultrafast dynamics of materials, such as the rearrangement of atoms during a phase transition or the brief excitation of electrons, this can be painfully slow.

“In condensed matter, the dynamics are generally not spatially uniform, but are strongly affected by local structures, such as atomic level defects, which can change over very short timescales,” added Professor Hidemi Shigekawa, the team’s coordinator.

Schematic of the optical arrangement that made it possible to reduce the time between photos.
[Imagem: Yusuke Arashida et al. – 10.1021/acsphotonics.2c00995]

The team designed a tunneling current microscope based on a method they call a sounding pump, which can be used over a wide variety of delay times between image collections.

In this technique, a “pumping” laser is used to energize the material, followed quickly by a “probe” laser, which takes the measurement. The delay time is controlled by moving mirrors that change the distance the probe beam must travel. At the speed of light, this translates into lag times on the order of femtoseconds.

The researchers predict that these microscope cameras will help in a wide range of materials science applications, such as designing new solar cells or nanoscale electronic devices.