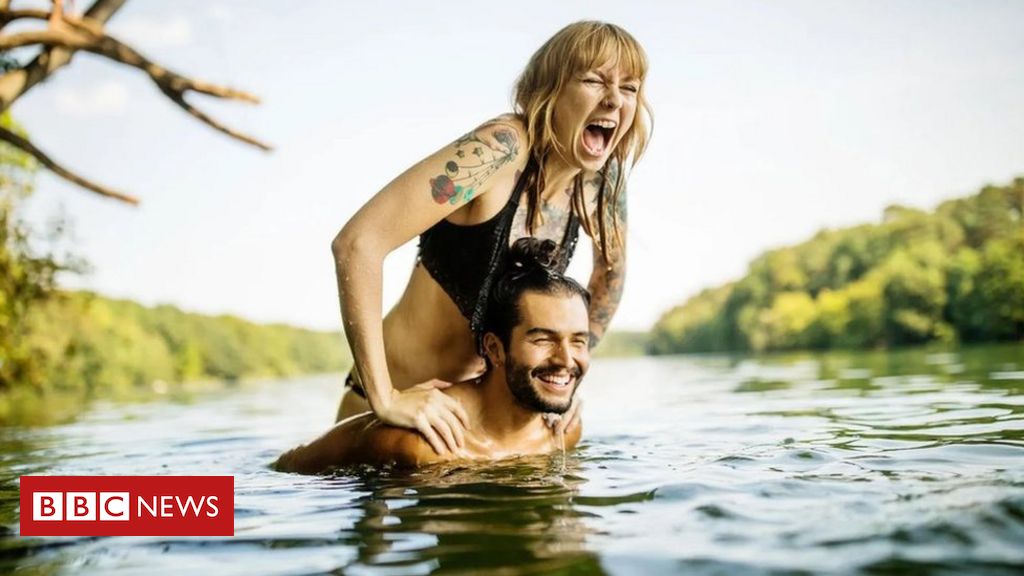 Gone are the days when watching a movie or having an ice cream was all a couple needed to establish themselves as a couple. Modern dating has changed over time, until it has become a delicate (and sometimes complicated) series of “firsts” for young people.

Research shows that the attitude of Generation Z (those born between 1995 and 2010; the years are approximate, because there is no clear consensus on this classification) towards dating and sex has evolved in relation to previous generations. They take a very pragmatic approach to love and sex, so they don’t prioritize romantic commitments in the same way as previous generations.

But that’s not to say they don’t have an interest in romance and intimate relationships. In fact, they are finding new ways to satisfy those wants and needs in ways that better fit their lives.

This change generated a new term in English – situationship (something like “being in a situation”), which exactly describes the gray area between friendship and love relationship.

And experts say the popularity of this difficult-to-define stage of dating has soared among Gen Z.

“Currently, these agreements address some kind of need for sex, intimacy, companionship – whatever – but they don’t necessarily have a long-term horizon,” said Elizabeth Armstrong, a professor of sociology at the University of Michigan in the United States. Her research focuses specifically on sexuality and “situations.”

And people are increasingly adopting this new relationship classification. The term situationship started to gain traction in English at the end of 2020, until reaching record Google searches in 2022.

According to Armstrong, interest in “situations” is worldwide and independent of ethnicity, gender and sexual orientation. The creation and continued growth of this expression, especially among young people, reveals a lot about how Gen Z is redefining the meaning of love and sex differently than the generations before it.

No need to ‘give into something’

A “situation” is an informal arrangement, typically between two people who share physical and emotional connections, outside of the conventional idea of ​​a committed and exclusive relationship.

In some cases, “situations” are restricted to a certain time and by the idea that a casual agreement is the best option at that time. It could be the case of two college students in their final year, for example, who don’t want to progress to a committed relationship, as new jobs can take them to different cities after graduation.

Armstrong argues that the “situations” are popular because they challenge the “relationship elevator”: the idea that intimate partnerships need to have a linear structure in order to achieve conventional milestones such as living together, engagement and marriage.

The concept of the “situation” contradicts “this notion that being with someone in something that will go nowhere is a ‘waste of time'”, says the teacher – a feeling that, according to her, generation Z is increasingly embracing.

People who adopt these agreements voluntarily choose to enter the gray area of ​​undefined relationships. According to Armstrong, they believe that “the ‘situation’, for some reason, works for the moment. And for the moment, I’m not going to worry about having something that ‘gets into something’.”

Research confirms these observations. In interviews with 150 undergraduate students, sociology professor Lisa Wade at Tulane University in the United States noted that Gen Z is more reluctant to define the relationship or even admit that they want its progress.

Wade says his research has shown that “hiding cards is not unique to young people these days,” but Gen Z is more willing to hide their feelings.

On TikTok, videos with the hashtag #situationship have been viewed over 839 million times. There are also many references in pop culture. The term “situationship” appears in popular TV dating shows such as the British Love Island UK and in songs like Situationshipby Swedish millennial singer Snoh ​​Aalegra.

“We joke, me and my friends, that we’re all living the same life,” says Amanda Huhman, from Texas, USA, whenever she and her friends compare observations about their “situations.”

The 26-year-old Huhman documented on TikTok his experience in a “situation”. From her own interactions and the engagement she has observed, she believes that this type of agreement is common. “I think it’s becoming a very popular part of dating culture, at least for Gen Z and Gen Z. millennials (born between 1981 and 1995) younger.”

Huhman has been in what she describes as a “situation” for more than a year. And, when she posted her experience on TikTok, she got around 8 million views and tens of thousands of comments—many of them from people sharing their own situations.

Huhman is a health consultant and her work is remote. She travels a lot and moves to new cities where she lives for a few months at a time. She claims that being in a “situation” offers more freedom and autonomy.

“Our dating culture these days is very chaotic and confusing,” believes Huhman. “[A geração Z] lives this… busy lifestyle and I think we’ve kind of adapted dating to that.”

Finding love in today’s times brings a number of challenges. The pandemic, for example, has completely changed the way people meet partners and date. And the large-scale shift to online dating also brings its own difficulties.

Furthermore, many young people are simply not intentionally emphasizing dating as they were in the past. The climate crisis, the unstable economy with rising inflation and the current political and social upheaval have made young people more involved in activism and seeking their personal, professional and financial stability first.

“Young people would say that relationships distract them from their educational and career goals – and that it’s best not to overcommit, lest you sacrifice your own life path for someone else,” says Wade.

Because of this, “situations” may be the best option for Gen Z youth who want to explore their romantic and sexual identities without jeopardizing other commitments. This phenomenon “diversifies the options available to a person,” according to Armstrong, and has made it increasingly normal to opt for this gray area rather than avoid it.

But it is clear that this agreement – obscure by definition – carries a certain precariousness and even some degree of risk.

Theoretically, “situations” can act as a haven for “radical honesty,” according to Wade, when two people open up about what they really want and agree to the terms of a transparent situation.

But in practice, it can be difficult to align the priorities of the two people, and “situations” can end badly when the two parties are out of tune about what they want out of the situation. More often, she says, this happens when a person is ready to move on to a commitment, but fear of change can prevent the two from even discussing the possibility.

In any case, in today’s dating world, the growing interest in “situations” indicates a shift in the way young people can redefine the progress of love and sex – accepting that their feeling is a satisfying middle ground that many people from previous generations used to avoid.

As for Huhman, she is perfectly content to live in the gray area.

“It’s my choice, it’s a decision I made and I’m happy. It’s working for me,” she says. “If people are comfortable and it feels right to them, don’t worry about expectations.”

Previous 5g signal will be available in these cities from today!
Next Boy takes creative poster for the game between América-MG and Corinthians and receives a gift from Cássio