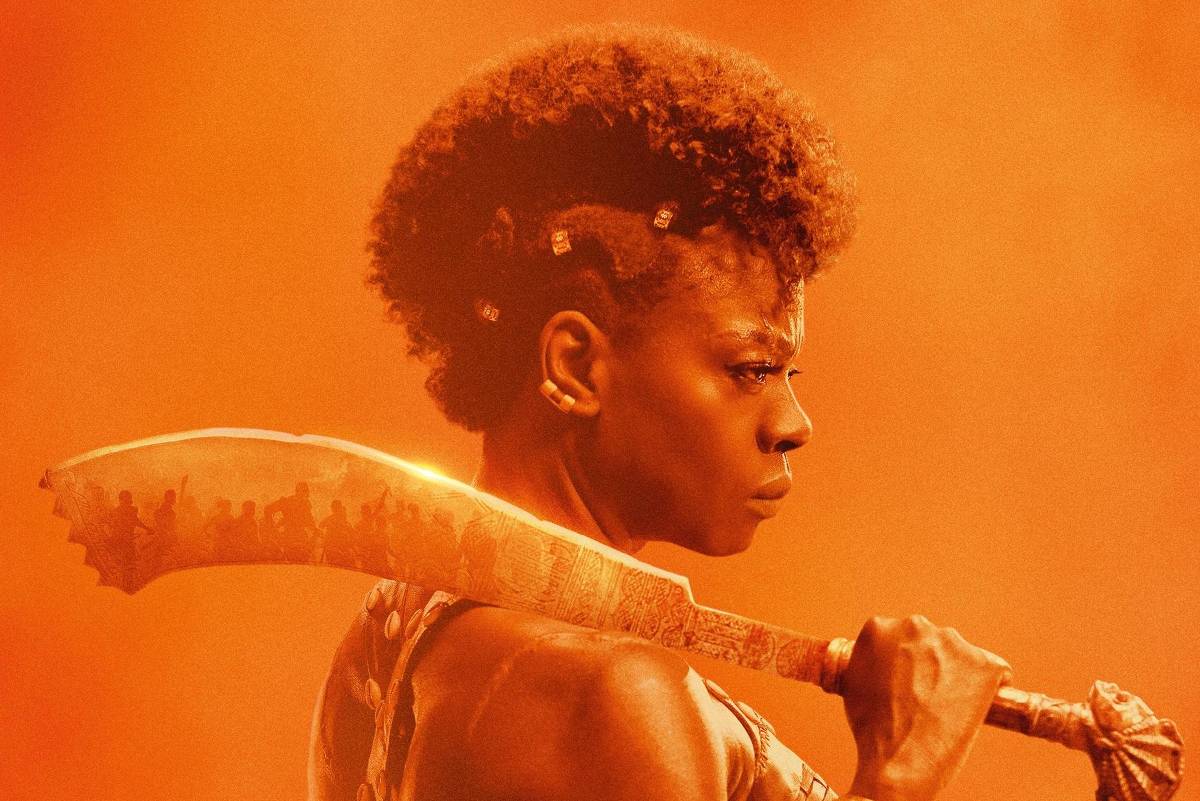 Almost as difficult as the battles that the warriors of “The Woman King” face was getting Viola Davis’ new film off the ground. The premiere does not, after all, have the blockbuster profile that traditional Hollywood seeks. For starters, it stars almost entirely women, and, reinforcing the resistance that the script would encounter, they are all black.

It’s a scary movie for the industry, the actress and producer has been saying in interviews with director Gina Prince-Bythewood. They spent six years looking for who would fund the project and, if it weren’t for the box office success of “Wonder Woman” and “Black Panther”, it might never have been produced, believe the duo.

“When the opportunity to make this movie came, I thought, will Hollywood ever be ready? Well, we had to wait for these movies to change the game. Then it took Viola’s fame and my experience in another movie of action, then the pieces finally fell into place”, says Bythewood, who directed “The Old Guard”, so successful that it will become a franchise.

“The King Woman” is, after all, a US$ 50 million blockbuster — the equivalent of more than R$ 260 million —, with special effects, action sequences, sets and costumes as far-fetched and grandiose as those of the superhero movies. heroes. It would be difficult enough to secure the budget under normal conditions, but the premise of the plot alone was enough to stop the film from many studios.

The long journey back to Africa in the early 19th century, to what is now Benin, and tells the true story of the ahosi, warriors who protected the ancient Kingdom of Dahomey — yet another meeting point with “Black Panther”, as the Wakandan milaje were inspired by them.

Viola Davis plays their leader at a crucial moment for the kingdom, as the king, played by John Boyega, has come under pressure to end his participation in the slave trade to the Americas. This is how, in real history and on screen, Dahomey got much of his wealth, selling blacks captured from other tribes to Europeans.

The idea for the film came during a trip of one of the producers to Benin. Developing the story, however, was a challenge, because there were few documents, films, books and articles on the subject.

Bythewood thought that if “Black Panther” could attract audiences by tapping into parts of this true story, a film exclusively about Dahomey could as well. More: if “Braveheart” and “Gladiator”, two inspirations, proved that civilizations of the past yield great modern spectacles, why have African peoples never seen themselves on screen on this scale?

“This story has been ignored, silenced, as have many others that are outside the Hollywood norm. The fact that we now have ‘The Woman King’ and ‘Black Panther’ coexist is a true miracle.”

With a box office of US$ 1.3 billion, or R$ 7 billion, the Marvel feature was a key piece to prove that there is an audience hungry for representation. Since 2018, several studios have been funding projects that follow this line.

Similarly, efforts have increased to diversify who creates the projects that Hollywood shoots. In the case of “The King Woman,” not just one black woman directing one of the biggest budgets of the year, but other women and blacks in commanding positions behind the scenes, where they are rarely seen.

Polly Morgan does the photography, Terence Blanchard does the soundtrack, Terilyn A. Shropshire does the editing, Akin McKenzie does the art direction, Gersha Phillips creates the costumes, and so on. It was something important for Viola Davis to also agree to produce the film.

In a video interview, she says that she has heard many talk about the “cultural importance” of “A Mulher Rei”, but she refutes the speech. “For us [negros], it’s just right. This is our normal. That’s what we’ve always known how to do. These people have spent their lives training for this. You are facing a historic moment, but simply because you are finally realizing our potential.”

In addition to Davis and Boyega, the cast is also headed by Lashana Lynch, from “007: No Time to Die” and “Captain Marvel”, in addition to Sheila Atim and Thuso Mbedu, from the series “The Underground Railroad”. In the film, Mbedu plays a young orphan who begins training to become an ahosi. Her fictional relationship with the head of the group runs parallel to the surrounding historical setting.

For Brazilians, it will be possible to capture, here and there, a few words in Portuguese and several mentions of Brazil. As some of the main financiers and beneficiaries of the African slave trade, the Portuguese are present in “A Mulher Rei”, bidding in a market that today arouses horror.

There is a Portuguese character and a Brazilian character, played by Hero Fiennes Tiffin and Jordan Bolger, who are actually British. Maybe that’s why the film’s publicity tour will pass through Rio de Janeiro at the beginning of this week.

Davis landed on Rio de Janeiro for a launch party for “A Mulher Rei” and, even before the trip, said that Brazil is an important part of the history of blacks and racism and that, therefore, it could not be ignored by the plot.

Despite the visit, his first to the country, with an air of tourism, it is part of a very serious effort to take the public to the cinemas. “This movie needs to make money, and that leaves me conflicted. If it doesn’t, what is that going to mean? That black women can’t lead the world at the box office. That’s it. Period,” she says.

“That’s not how it works for white films. If one fails, they make another one. So it comes down to the people who go to the movies, not me or my job. I don’t want them to go because of the ‘ cultural impact’ that he has because he is black, but because he entertains like any other. If whites and blacks are really equal, then I challenge the public to prove me – not for my career, but for the world and the cinema we want from here forward.”

Previous Weverton jokes about ‘bullshit’ with Soteldo in the classic Palmeiras vs Santos: ‘He was going to lose out’
Next José Aldo makes a deal with the UFC and retires as an MMA legend