President Jair Bolsonaro spoke this Tuesday (20) at the opening of the General Assembly of the United Nations (UN), in New York (USA), and used part of the speech to take stock of the actions of his government, criticize managements and cite policies for women and actions in the pandemic.

By tradition, Brazil is the first country to address the debate session since 1955 (see details below). Before Bolsonaro, the UN Secretary General, Antonio Guterres, and the President of the Assembly, Csaba Korosi, spoke.

Bolsonaro is a candidate for re-election. In a speech lasting about 20 minutes, he cited actions such as the creation of Auxílio Brasil, the reduction of taxes that led to the drop in fuel prices and the privatization of state-owned companies.

In second place in polls of voting intentions, behind Lula (PT), Bolsonaro said that the government ended the “systemic corruption” that, for him, existed in the country, and cited the allegations of corruption involving Petrobras, revealed by investigations of the Lava Jato operation.

“In my government, we rooted out the systemic corruption that existed in the country. Only between the period from 2003 to 2015, when the left presided over Brazil, Petrobras’ indebtedness due to mismanagement, political subdivision and embezzlement reached around US$ 170 billion. The person responsible for this was unanimously convicted in three instances. Whistleblowers owed US$ 1 billion dollars and we paid the American Stock Exchange another billion for shareholder losses. This is the Brazil of the past “, declared Bolsonaro.

This is the fourth time Bolsonaro has addressed the UN General Assembly. In 2020, the event was virtual due to the pandemic, and the president sent a recorded video. On previous occasions, the speeches were marked by the defense of Brazilian sovereignty in the Amazon and by fake news about Covid.

The war in Ukraine began in February of this year, when Russian military troops invaded the country. Several Ukrainian cities were bombed, civilians and soldiers died, and Bolsonaro never condemned the attitude of Russian President Vladimir Putin.

“In the face of the conflict itself, Brazil has been guided by the principles of international law and the UN Charter. Principles that are also enshrined in our Constitution. We defend an immediate ceasefire, the protection of civilians and non-combatants, the preservation of critical infrastructure for assistance to the population and the maintenance of all channels of dialogue between the parties in conflict”, Bolsonaro declared at the UN this Tuesday.

The president, who said he defended a “lasting and sustainable” solution, also declared that he believes that the solution to the “conflict” in the region will only be achieved if there is dialogue between those involved.

“I urge the parties, as well as the entire international community, not to miss any opportunity to end the conflict and ensure peace. The stability, security and prosperity of humanity are at serious risk if the conflict continues,” he added. .

During his speech, Bolsonaro said that Brazil has tried to “avoid blocking the channels of dialogue” between those involved in the conflict in Eastern Europe caused by what he called “polarization” between the actors. And he added that the Brazilian government is “against diplomatic and economic isolation.”

“The consequences of the conflict are already being felt in the world prices of food, fuel and other inputs. These impacts put us all against the Sustainable Development Goals. Countries that presented themselves as leaders of the low carbon economy have now started to using dirty sources of energy. This is a serious setback for the environment,” he said.

In all, world leaders from 193 countries are expected to meet at the General Assembly, including Ukraine’s President Volodymyr Zelensky, authorized by the plenary to participate remotely due to the war in the region. 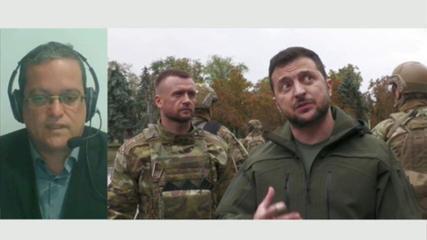 In addition to making the opening speech, according to the Ministry of Foreign Affairs, Bolsonaro should meet with the Secretary-General of the United Nations, António Guterres, and with the presidents of Poland, Andrzej Duda, and of Ecuador, Guilhermo Lasso – both, right-wing and conservative.

Bolsonaro traveled from London to New York on the afternoon of this Monday (19) – the president and the first lady, Michelle Bolsonaro, were in the capital of the United Kingdom for the funeral of Queen Elizabeth II. The presidential entourage should return to Brasília this Tuesday, at the end of the official agendas.

The Minister of Foreign Affairs, Carlos Alberto França, should remain on US soil and, according to Itamaraty, will have “meetings with counterparts from several countries and multilateral events of groups to which Brazil is a part.”

Also according to the Itamaraty, the Brazilian delegation will participate in meetings on “themes such as sustainable development, education, ethnic minorities, elimination of nuclear weapons, peace operations, Security Council reform, conflict in Ukraine and mediation”.

The theme of the 77th UN General Assembly is “A watershed moment: transformative solutions to interconnected challenges”. The so-called “high-level week” of the event – ​​when heads of state, ministers and secretaries participate – extends until next Monday (26).

Interview before the speech

Upon leaving the hotel in New York, Bolsonaro gave an interview to journalists. Among other points, the re-election candidate defended government actions and had repercussions on electoral polls that show him in second place in terms of voting intentions, behind Lula (PT).

“The population really wants the continuity of our government. I understand that it is in the first round for us. The polls are worthless. They got everything wrong in 2018. And now it obviously potentiates the other side, which cannot take to the streets even to take a soda at the bar”, declared Bolsonaro. 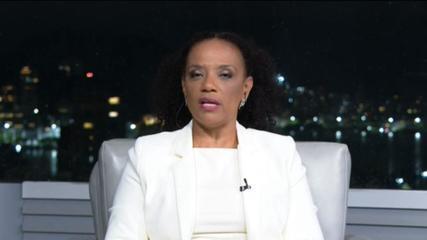 Flávia, on Bolsonaro at the UN: ‘You chose or managed to get closer to partners that are not relevant’

Brazil is first to speak

The tradition was not followed until 1983 and 1984, when the then President of the United States, Ronald Reagan, was the first to use the microphone.

In general, the US speaks next to Brazil, in the position of “host country” of the UN General Assembly. The order of the other countries follows other criteria, including the hierarchical level of who will make the speech (head of state, minister or ambassador).

Before Bolsonaro, two representatives of the UN itself should use the microphone this Tuesday: the secretary general of the organization, António Guterres; and the president of the 77th Assembly, Hungarian diplomat Csaba Kőrösi.

in 2019in the first year of government, Bolsonaro used the tribune of the General Assembly to defend Brazilian sovereignty over the Amazon and say that the country would not make new land demarcations for indigenous people.

At that time, even before the pandemic, Brazil was on the international news thanks to the increase in deforestation and fires and the progressive dismantling of environmental legislation.

in 2020the first year of the pandemic, Bolsonaro participated in the event from a distance and said that Brazil was “victim” of a “brutal” campaign of disinformation about the Amazon and the Pantanal.

The president also said that the press in Brazil had “politicized” the virus and that the isolation measures – which were authorized by the Federal Supreme Court and adopted by local governments, in the absence of the federal government – “almost” brought the country into “chaos”. Social’.

Already in 2021last speech so far, Bolsonaro distorted data on the environment and the Brazilian economy and defended, in the UN plenary, the use of drugs known to be ineffective against Covid in “early treatment” protocols.

Bolsonaro also took a stand against restrictions adopted at the time, by several countries, against people who refused to take the vaccine. 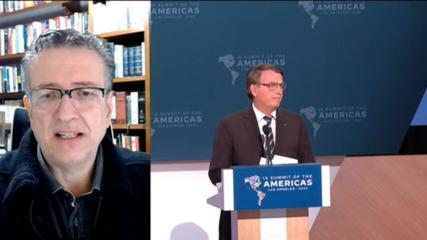 Carlos Melo: ‘The international community is very suspicious of Bolsonaro’