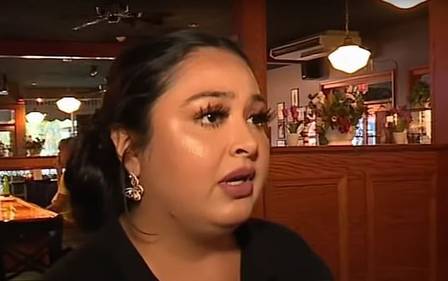 customer asked for money back

One tip of US$ 3 thousand (R$ 15.5 thousand) left to waitress Mariana Lambert at a restaurant in Scranton, Pennsylvania (USA), became a headache that ended up in court.

A few months ago, waitress Mariana Lambert was surprised when she saw that the $3,000 in service had been added to a bill of only US$ 13.25 (R$ 68.50). But the joy turned sour when, surprisingly, the customer asked for his money back.

After a heated argument between the owner of Alfredo’s Cafe and the customer on social media, the restaurant decided to bring the client, identified as Eric Smith, to justice.

According to Best Life, the restaurant’s managers were initially suspicious when Eric tipped so generously, despite only ordering a Stromboli. According to Alfredo’s Cafe, the customer said he was part of a charity movement known as Tips for Jesus.

“It meant a lot to me because everyone is having a hard time. It really touched my heart. I still can’t believe it, I’m in shock.”said the waitress at the time.

“A little over a month ago, we got something in the mail saying that Eric was contesting the tip charge. We thought someone was actually trying to do a good thing. It wasn’t.”

Alfredo’s Cafe management hoped it was all just a big misunderstanding when they contacted Eric. The restaurant had already advanced the US$ 3 thousand to Mariana, but ended up running out of money, as the payment ended up being canceled by the customer.

In view of this, the owner of the restaurant ended contacts with Eric and took the case to court.