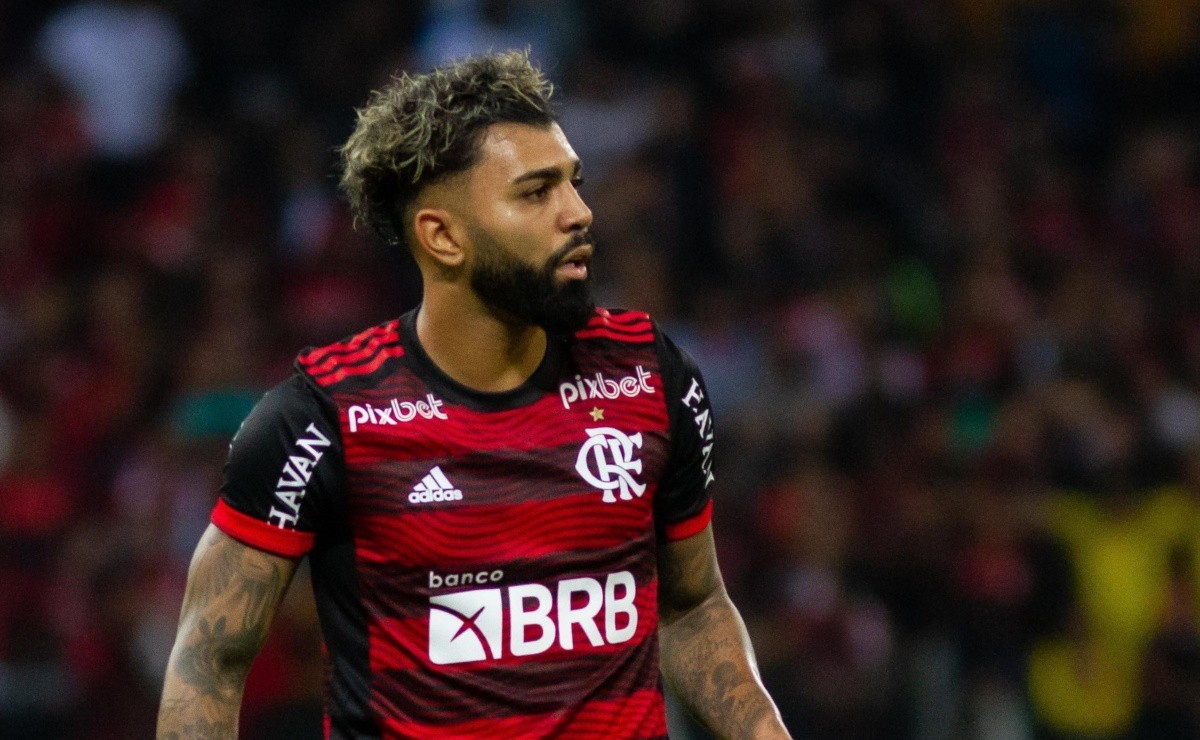 “God save him from such envy”; Milton Neves again disturbs Gabigol on the web and flamenguists come out in defense of the striker

The journalist evaluated that the Flamengo striker is the most boring player in the history of football and angered Flamengo fans on the web.

Flamengo lost the classic to Fluminense by 2-1, last Sunday (18), at Maracanã and practically waved goodbye to the chance to win another Brazilian Championship title. In a controversial game, Mais Querido failed to take advantage of the chances it had and is now 12 points away from leader Palmeiras, with 11 games remaining in the national tournament.

To make matters worse, one of the forwards is not having a good phase and Dorival Júnior will have to recover him for the finals of the Copa do Brasil against Corinthians and Libertadores, against Atlético Paranaense, in Guayaquil, Ecuador: Gabigol. In addition to having stopped swinging the nets, the player is not having a good time in front of the referee and has been starring in some scenes that have not only angered the fans, but also some journalists. Many of these 9 shirt plays have made the striker receive a yellow card in almost all duels.

Who lost patience with the attacker once again was the commentator Milton Neves. The journalist used his Twitter profile to complain about the attitudes of Flamengo’s number 9 on and off the field.. The professional said that the athlete is the biggest football bag in our country, and he shared the opinion of many internet users on the web.

“Gabi Ex Gol, the biggest bag in the history of the ball. Unbearable!”, fired Milton Neves. Minutes later, the journalist used the same video to poke the Flamengo shirt 9 again, who is currently not experiencing a good phase of the season. “Your referee, the beque over there, called me ugly, arrogant, irritated, boring and that I only score easy goals. Kick him out, or buabuabuaaaaa’”joked Milton.

Flamengo fans didn’t take long to counter the journalist’s criticism and defend shirt 9. “God forbid Gabriel from all envy and all evil… Unbearable even to have these low-level sports journalists”, said one fan. “Hey, Milton Neves, you keep talking bad about Gabigol and Flamengo there. Your rooster is a marvel, right”, mocked another fanatic flamengo.

Previous ‘Barbie’: Margot Robbie says she felt humiliated by the release of set photos – Who
Next Foldable iPhone may have self-repairing screen