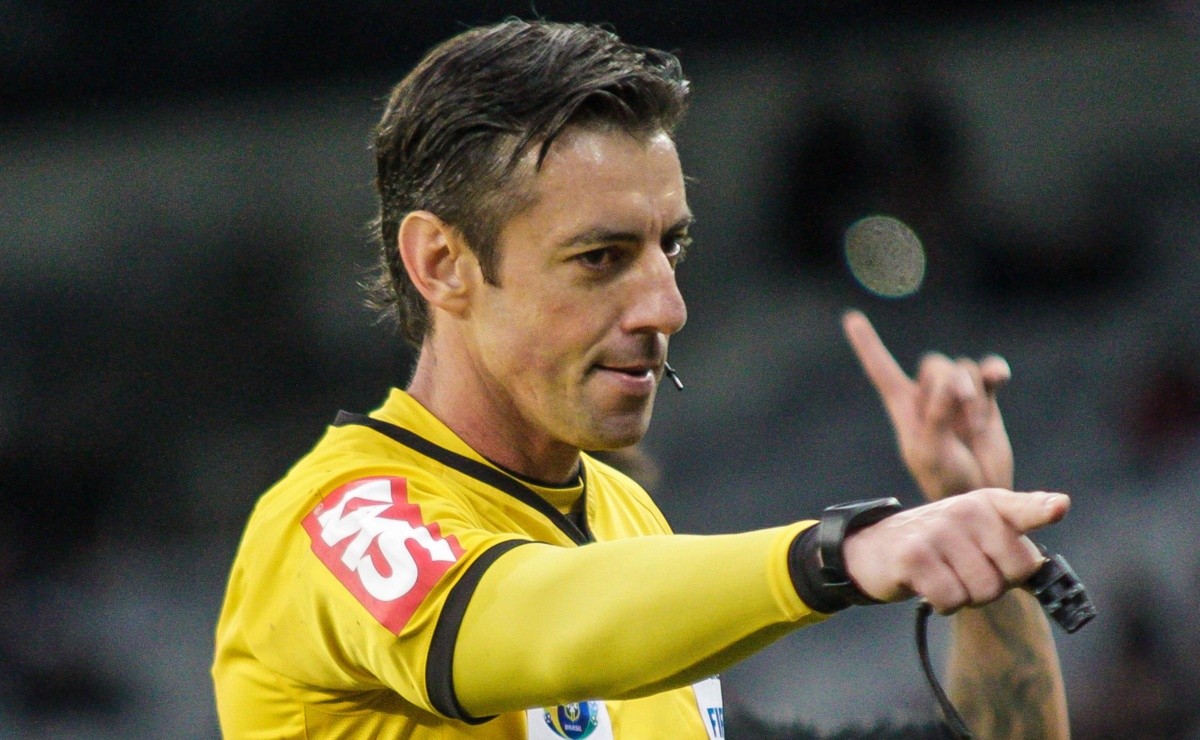 “Head and hand on the neck”; CBF ‘excludes’ penalties and VAR audio with Claus about expulsions is exposed to Flamengo

Some moves that generated controversy in Fla-Flu ended up not appearing, generating revolt from Mais Querido fans.

O Flamengo entered the field last weekend against Fluminense, in the classic that moves Rio de Janeiro a lot, even more so because both are in good form. The team led by Dorival Júnior, qualified for the Libertadores and Copa do Brasil finals, however, was defeated by 2 to 1.

However, within 90 minutes, several moves caused controversy and complaints, with a penalty scored, others not awarded, expulsions and a lot of discussion, especially after the final whistle. On social media, for example, fans of both teams debated a lot about situations that ended up dividing opinions.

all in all, 5 red cards were distributed by Raphael Claus: Marinho, Manoel, Everton Cebolinha and Caio Paulista, in addition to David Braz, on the bench. As a result of VAR assistance, the audio between the booth and the field referee was released by the CBF, reaching the ears of Flamengo fans. In this case, only involving the red card for the last 2 mentioned.

During the video, in the conversation between those involved, clearly it is notable that VAR requests that Claus go to the cabin to analyze the fight between Cebolinha and Caiowho found each other outside the core in the throw, with a headbutt and hand on the neck, which ended up being decisive for the final decision to be made and both to go “to the shower” earlier.

VAR: “Then he tries to separate there. Hold it, Claus. Give the head. It has a neck. The other slaps. Claus, I recommend a review of possible red, okay? Of aggression there outside the dispute of the ball. Flamengo’s number 11 and number 70, ok. It’s an action well outside the dispute for the ball, okay? And I’ll show you the action, then its location. It’s a headbutt and an arm roll around the neck“.

Claus: “Caio goes for the headbutt and Everton goes because he took the neck, ok? Grabbed his neck. You and Gaius. Gaius headbutted you. He headbutted Cebolinha. The two went. He headbutted and Chives grabbed him in the neck“.