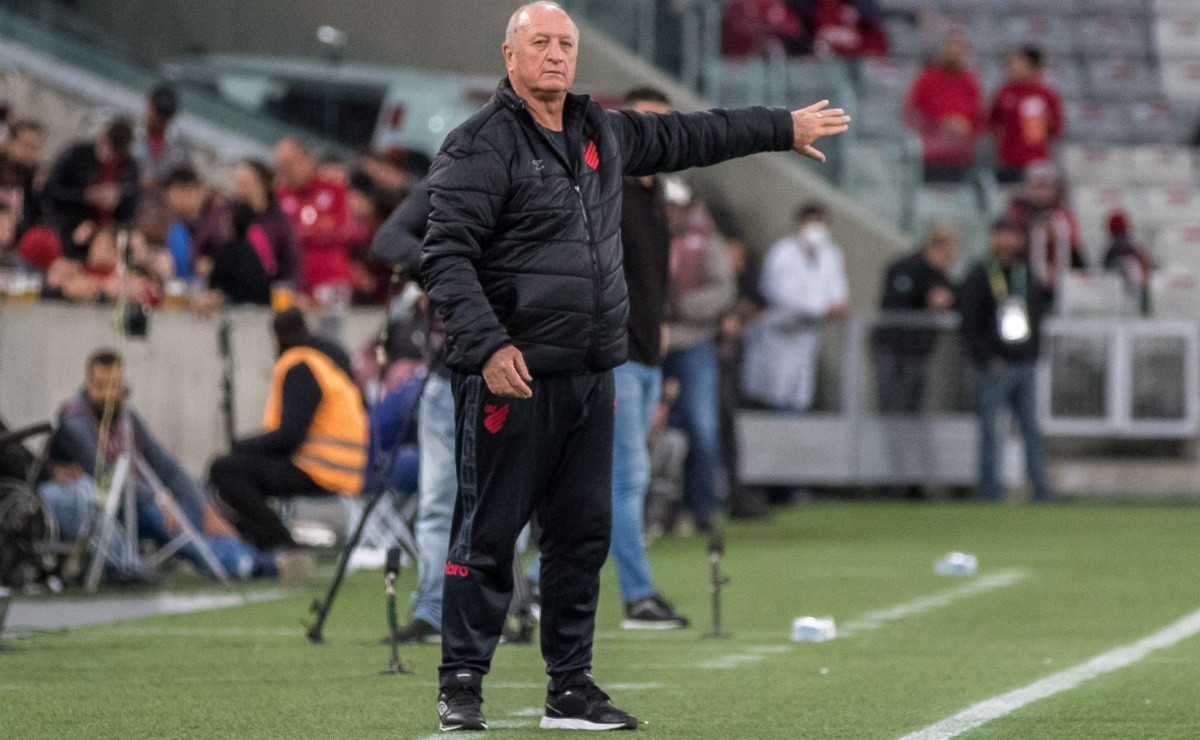 “If you do… we won’t be superior”; Felipão delivers strategy to beat Fla in the Libertadores final

Athletico Paranaense can make history in 2022. Rubro-Negro de Curitiba qualified for the second time since its creation for a Libertadores final and will decide with Flamengo. The rival from Rio de Janeiro worries the Hurricane, mainly because of the strength it has gained in recent months. However, the technician Luiz Felipe Scolari showed that it is possible.

Despite the setbacks in the Brasileirão, such as the draw in the last round with Cuiabá, Felipão defends that Athletico can be Libertadores champions against Flamengo. The professional admitted the position that the Club is in, behind the Rio rival, but said that the posture is what will make the difference. According to him, doing the ‘simple’ is not enough.

“Amazement we all had, the city of Curitiba. We reached a final, all together, in a Libertadores final. We know what we have in our hands, we have to know how difficult it is, and how much we have to fight and do differently to be superior. If (Athletico) does the simple, the normal, the balanced like the others, we will not be superior in any game”says Felipe.

Felipão also brought updates on Pedro Henrique’s injury. The Hurricane coach said that if it is just a cut, as he thinks it is, the recovery will be in a short time. The payback period, in this case, would be comfortable looking towards the decision of the 29th of Octoberin Ecuador.

“It was a concern, but after it was sutured, we could see his foot well. He probably has that recovery shortened to seven, eight, ten days. It seems to me that it was more the cut than the twist. If so, we’re not worried. Let’s see the next few days. From my experience, I don’t think it’s a big deal for the final.”communicates the coach of Athletico-PR.