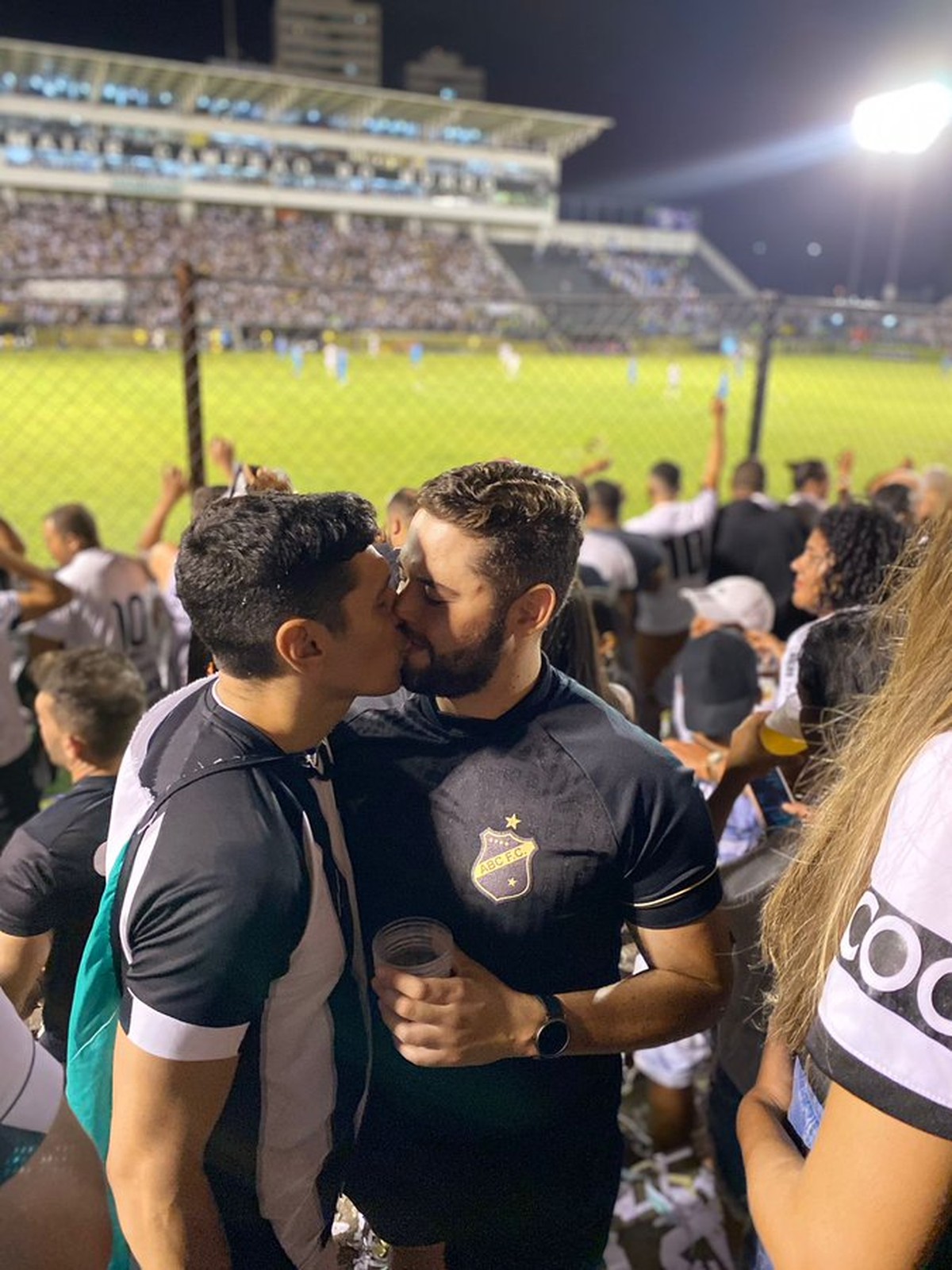 A photo in which two ABC fans kiss in the game that earned the team access to Serie B had repercussions on social networks and exposed yet another case of the presence of homophobia in football – and in society.

It all started with the post made by Jean Lopes on Sunday night, recording the kiss with her boyfriend Dioges Junior in the Frasqueirão stand, during the match against Paysandu, held on Saturday. He used the caption “Amor na Frasqueira” – as the ABC fans are called – and received more than 15,000 “likes”.

The image soon began to be shared in groups of messaging applications, in most cases, accompanied by prejudiced terms.

– Since I opened my closet door and left, I never wanted to hide who I am from anyone, much less I want to go back there. The terms fag, faggot, fresco, baitola etc, don’t affect me. I even answer – wrote Dioges on a social network after the repercussion of the photo.

– When we take pejorative terms and transform them into forms of treatment, homophobes lose their arguments. Then they ask themselves: ‘how are we going to piss off gays now?’ And, with that, they lose the fun of the jokes – he added.

Later, Dioges also reproduced the photo with her boyfriend (see below), praising that “Here is the people’s club, a giant team, my ABC is bigger than any prejudice. Frasqueira belongs to EVERYONE and for ALL ALVINEGROS. It was beautiful to follow this whole season, and now we are heading to the Brazilian Serie C championship after 12 years”.

Journalist Ilana Albuquerque, an ABC fan, was shocked to find that the photo was being sent by other fans in a clear act of homophobia.

– Like many abecedists, I also received this photo and I was incredulous to realize that it was an attempt to ridicule the club’s fans. It’s unbelievable the person thinks that this is still a reason to be ashamed of someone. Let’s live and let live. Homophobia kills – posted Ilana.

The loving couple, on the other hand, received many messages of affection and respect for diversity. “Proud to share the bleachers with you! You are always welcome. Everyone fits here” and “ABC is love” were some of the comments.

Previous ?It’s a chance for us black women to be seen?, says Viola Davis – 09/19/2022
Next What would a smartphone that could last 10 years look like? It exists but is only sold in Europe