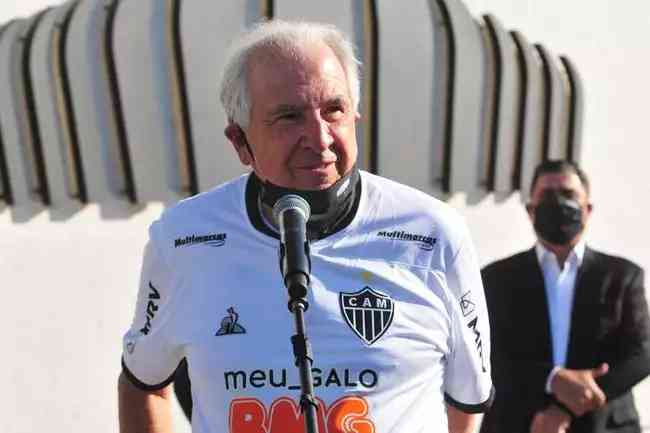 Atltico’s main patron, businessman Rubens Menin said that the project led by the 4 Rs (in addition to him, Rafael Menin, Ricardo Guimares and Renato Salvador) will end in 2026.

In an interview with the website “Inteligncia Financeira’, Menin stated that the first step upon joining the club was to improve management. He admitted that the job is very difficult, since Galo has the biggest debt in Brazilian football, valued at more than R$ 1.1 billion in May.

“I saw that things in the athletic They weren’t going well, I’ve always been a counselor at Atltico, but far away, I started to get closer and saw that I needed a gesture. It wasn’t me, we are a group of Atletico fans who are still together today, we are many, and we decided to improve the management of Atletico”, he said.

Menin highlighted that the 4 Rs project will end in four years. He did not explain what the organization of the club will be when his group leaves Cidade do Galo, but, possibly, Atltico should negotiate the SAF shares with a company specialized in the sports area.

“We started to call consultants and we are halfway through the project, which will end in 2026. We wanted to implement a new management in the Atltico that, thank God, has already borne some fruit. selfless people who are giving Atltico hours and hours of work will make many people happy if this 2026 project is completed and works out,” he said.

With the group headed by Rubens Menin, Atltico experienced the most victorious season in history, in 2021, when it won the Alvinegro Triplet (Campeonato Mineiro, Copa do Brasil and Campeonato Brasileiro). In addition, the club will build the MRV Arena, which is expected to cost R$950 million – part of the money will come from a bank loan.