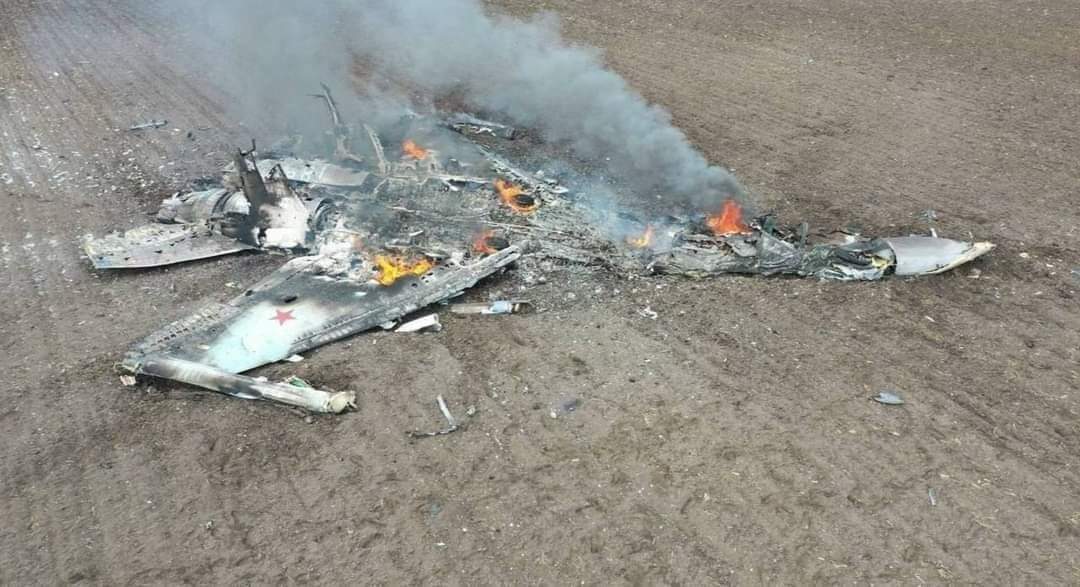 The general estimated that Ukraine retains around 80 percent of its air force seven months after the war.

Ukrainian air defenses have shot down at least 55 Russian fighter jets since the start of the war in late February, a US general said on Monday, saying the huge losses are one of the main reasons why Russian combat and bombers did not play a major role in the conflict.

This lack of sky protection was one of the big surprises of the war, as most analysts expected Russia to quickly establish dominance over Ukraine’s airspace in the early days of the invasion. This failure allowed the Ukrainian air force to regroup and survive largely intact. Hecker estimated that Ukraine retains about 80% of its air force seven months into the war.

At the Ukrainian Defense Contact Group meeting at Ramstein Air Base in Germany this month, one of the “big orders” from the Ukrainians was more SA-10 (S-300) and SA-11 (Buk) air defense systems. ) to fend off Russian drones and aircraft, Hecker said.

The US does not produce or use the missiles, so the onus is on European allies to supply them to Kyiv.

One thing that is unlikely to arrive in Ukraine anytime soon is the US-made F-16 fighter jet, which Hecker said would not arrive for two or three years after any political decision to send them, due to training and logistical issues. The general would not count on sending F-16s, however, saying “people are starting to think more long term” about how to equip Ukraine for a war he said would likely last for years, not months. POLITICO reported last week that officials are holding initial discussions on sending the jets to Ukraine, along with Patriot missile batteries.

But aid depends on decisions made by politicians in Washington and Europe’s capitals, leading to delays in some weapons that Ukrainians have insisted for months are critical to their survival. There is growing pressure on Germany, in particular, to allow third countries to send German-made Leopard tanks and artillery systems to Ukraine, something Berlin has so far refused to do.

There is a similar apprehension within the White House, which is refusing to send long-range missiles to High Mobility Rocket Artillery Systems, for fear that Ukraine will start hitting targets inside Russia. Current missiles can travel about 50 miles, as opposed to the 180-mile range of missiles that Ukraine has been asking for.

These self-imposed restrictions on aid have frustrated Kyiv and others who want to more quickly and fully equip Ukraine to hit Russian forces harder. For now, at least, “Ukraine has what it needs to survive and fight and try to protect its sovereign country without turning this into a Third World War,” Hecker said.

The general acknowledged that the US is providing Ukraine with “time-sensitive” intelligence for Ukraine, but insisted the Americans are not targeting them.

Specifically, the US transmitted information about the location of Russian supply depots and logistics centers within Ukraine, Hecker said. “We would go over where some of this equipment was, and then it was up to them whether or not they wanted to engage it,” he said.

In the early days of the war, Ukrainian forces were having a hard time hitting these targets, which were behind the front lines and out of range of much of their artillery. “But then they got HIMARS,” he said.

EDITOR’S NOTE: According to Oryx (@oryxspioenkop), there would be 56 Russian fixed-wing aircraft shot down by Ukraine so far:

Previous Most powerful laser ever produced by Lockheed is delivered to the US Army
Next To believe in the miracle of redemption, movie on Netflix will calm your spirit and make your soul lighter