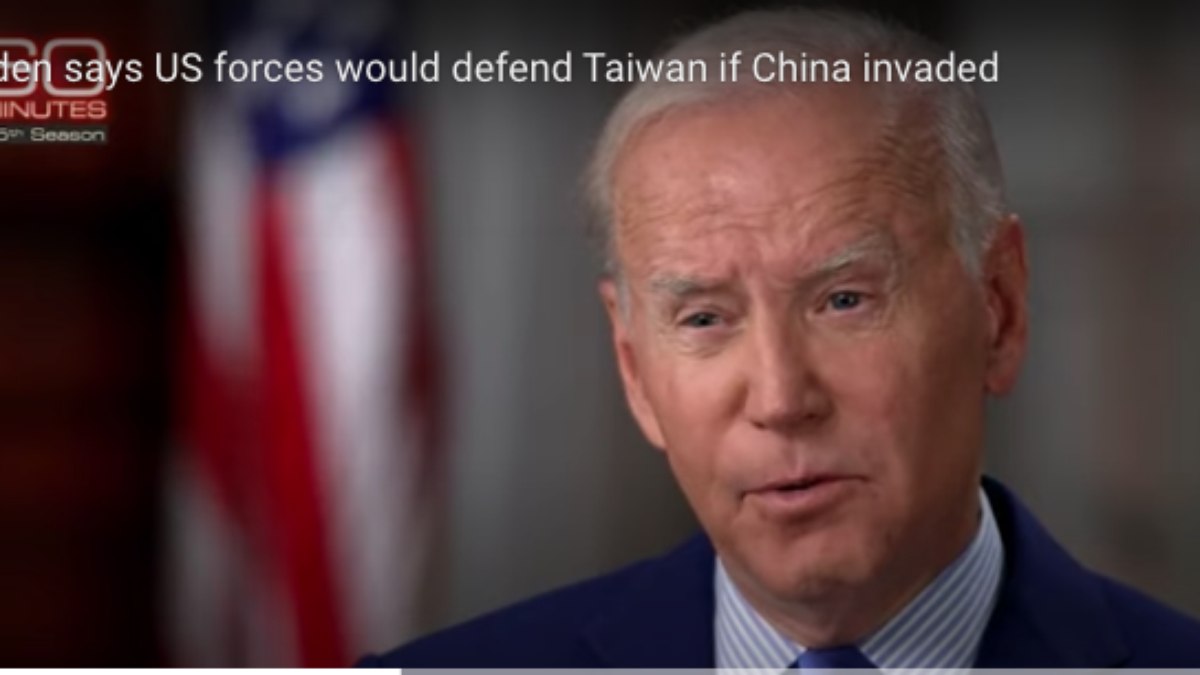 US President Joe Biden said during an interview on CBS’s 60 Minutes program that aired on Sunday that US forces would defend the self-governing island claimed by China in the event of a Chinese invasion.

When asked to assess and opine on the situation between the two countries, Biden agreed that there was a Chinese invasion of the island.

“Yes, if indeed there was an unprecedented attack.”

The presenter then asks Biden to confirm if what he meant was that ‘unlike Ukraine, would US forces, US soldiers, defend Taiwan in the event of a Chinese invasion?’

After the interview, a White House spokesperson said US policy toward Taiwan had not changed. In response, the Chinese Foreign Ministry said that China had presented “stern representations” against the US.

The Foreign Ministry spokesperson added that “the US remarks […] severely violates the important commitment not to support Taiwan independence and sends a seriously erroneous signal to Taiwan’s separatist independence forces”.

Mao Ning told a news conference that China is “…willing to make the greatest sincere efforts to fight for the prospect of peaceful reunification, at the same time, we will never tolerate any activities aimed at dividing the country and reserve the option of taking all necessary measures”.

At the other end, the Taiwanese Ministry of Foreign Affairs expressed through a note a “sincere gratitude to Biden after affirming the solid security promise of the US government to Taiwan”.

The statement further said that to protect Taiwan’s regional stability, the country would “resist authoritarian expansion and aggression and deepen the close security partnership with Washington and other like-minded governments.”

Tensions over the Taiwan Strait have escalated again after a controversial visit to Taiwan by US House Speaker Nancy Pelosi in August. That visit led China to hold its biggest military exercises in Taiwan.

The US is required by federal law to ensure that Taiwan has the means to defend itself, but the law does not specify whether US forces would be sent into combat, for example.

Biden, who is in Britain for the funeral of Queen Elizabeth II on Monday, had already made a similar comment in May of this year when asked if he would be willing to get involved militarily to defend Taiwan: “Yes, that is the commitment that we assume”.

Biden reiterated during the interview that the US does not support Taiwan independence and remains committed to a “One China” policy in which Washington officially recognizes Beijing, not Taipei.

Previous Functioning and value of the cheapest streaming service alternative
Next ‘The Resident’ Season 6 Preview: Conrad Realizes A Patient’s Condition Is Much More Serious