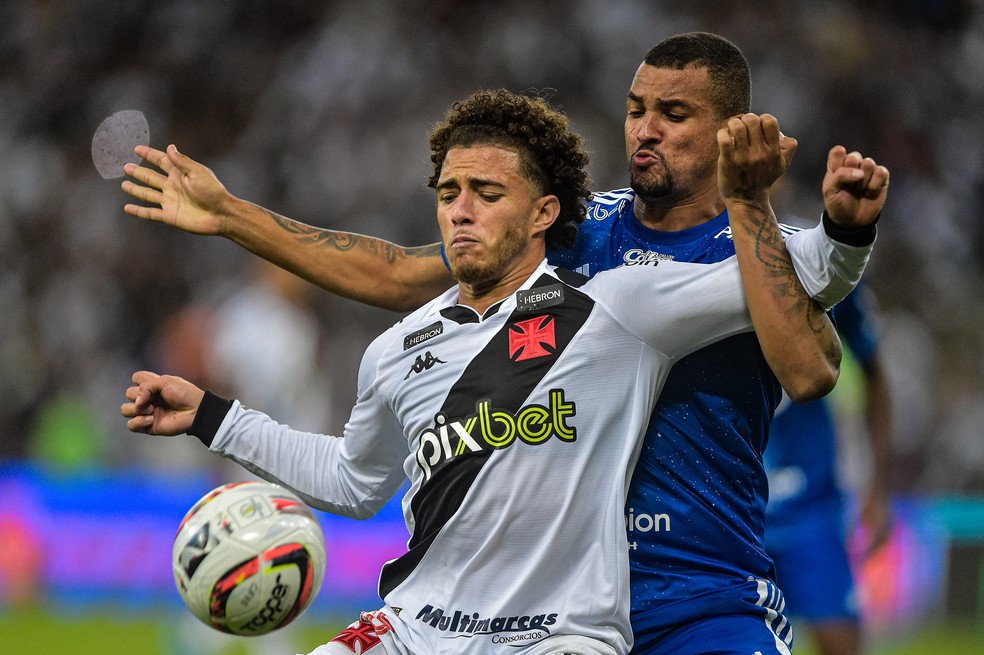 This Tuesday, the 31st round of Série B begins. With each club having only eight games to play (four home and four away), the first definitions are already beginning to appear.

Starting with leader Cruzeiro, who can mathematically confirm his return to Serie A, on Wednesday, if Vasco wins at Mineirão. Just one of the many direct confrontations to come. Whether in the dispute for access or in the fight to escape relegation.

At the top of the classification, the 31st round will still face Grêmio and Sport, in Porto Alegre, this Tuesday, in another direct dispute for the G-4. To define which games will be highlighted, the ge considered only the teams with a chance of access or fall of more than 10%, according to the mathematics department of the Federal University of Minas Gerais.

With 12.3% of access possibility, Sport is the team that will have more direct confrontations. Of the eight games that remain for the Pernambuco team, four are against opponents who have the same objective. It is worth remembering that, for Rubro-Negro, this sequence had already started in the last round, when they beat Bahia 1-0, in Ilha do Retiro.

After this Tuesday’s duel against Grêmio, Leão will face Cruzeiro and Vasco, both as home team, in addition to Londrina, as a visitor, between the 34th and 36th rounds.

A Raposa, possibly already in Serie A, and also with a good chance of having already secured the title (or of securing it precisely in the game against Sport).

The only one of the five clubs most directly linked to the dispute for Serie A that was not Brazilian champion, Londrina, with a 29.2% chance, comes right after with three “six-point” matches.

In addition to the aforementioned duel against Sport, the people of Paraná will face Vasco, in the next round, away from home, and in the 34th, Grêmio, at the Café stadium. A sequence that will be decisive for the goals of the club, which has not played in Serie A since 1982.

Like Londrina, Grêmio also has three direct confrontations for access, two of them as home team. In addition to this Tuesday’s match, against Sport, Tricolor will also face Bahia in their arena, for the 35th round.

Thus, the only game of this size that will be played away from home will be the duel against Londrina, at the Café stadium, for the 34th round. Grêmio has an 86.2% chance of returning to Serie A, according to UFMG.

Currently closing the G-4 and with a 60.1% chance of access, Vasco will have their two direct duels in the next two rounds. One of them also applies to Cruzeiro, in the aforementioned game this Wednesday, at Mineirão, which can guarantee the access of Raposa.

In the next round, the Cariocas will have a “decision” against Londrina, in São Januário. Cruzeiro, in turn, will also face Sport, in Recife, for the 34th round, possibly already in Serie A.

In the fight against the fall, there are eight clubs with a risk above 10%, according to the Federal University of Minas Gerais. Thus, until the end of Série B, there will be a total of 11 games involving two of these clubs. Only the 33rd round will not have any direct confrontation.

Penultimately placed and with a risk of 73.8%, the Worker will have half of his games remaining against opponents who are also at the bottom of the classification. Three of them at home: Vila Nova (32nd round), Brusque (35th) and Novorizontino (38th). The only game as a visitor will be against Chapecoense, in the 34th round.

Novorizontino, which appears with a 14.1% risk of relegation, has just the opposite, with three of the four direct confrontations away from home. Starting with the duel from São Paulo this Tuesday, against Guarani, in Campinas.

In addition, Tigre visits Brusque, in the 36th round and closes the competition with the aforementioned game against Operário, in the interior of Paraná. At Jorge Ismael de Biasi, his only opponent at the bottom of the table is the lantern Náutico, in the 35th round.

Currently outside the relegation zone, Guarani and Chapecoense will still have three “six-point” duels until the end of Serie B. One, precisely between them, in the last round, at Brinco de Ouro, in Campinas.

With a risk of 54.7%, Bugre still has at home the aforementioned duel against Novorizontino, this Tuesday. Away from home, he visits CSA in the next round.

Chapecoense, which currently has a 13.4% risk, welcomes Operário in the 34th round, and Náutico in the penultimate round.

Four teams still under threat of relegation will have only two direct duels, each, until the end of Serie B. The only one between them is valid for the penultimate round between CSA and Vila Nova, at Rei Pelé, in Maceio.

CSA, with a current threat of 55.9%, also at home, still receives Guarani, in the next round. Vila, on the other hand, whose percentage of fall reduced to 27.9% when leaving the Z-4, also visited Operário in the 32nd round.

Inside the relegation zone and with a 67.5% risk, Brusque faces Operário, as a visitor, in the 35th round and in the following they receive Novorizontino.

Finally, the lantern Náutico, with a 90% chance of playing in the C Series in 2023, makes its last two direct clashes away from home, against Novorizontino, in the 35th round and Chapecoense, in the 37th.

Previous ‘The Resident’ Season 6 Preview: Conrad Realizes A Patient’s Condition Is Much More Serious
Next Change the same bad habit that Elon Musk decided to DELETE from life