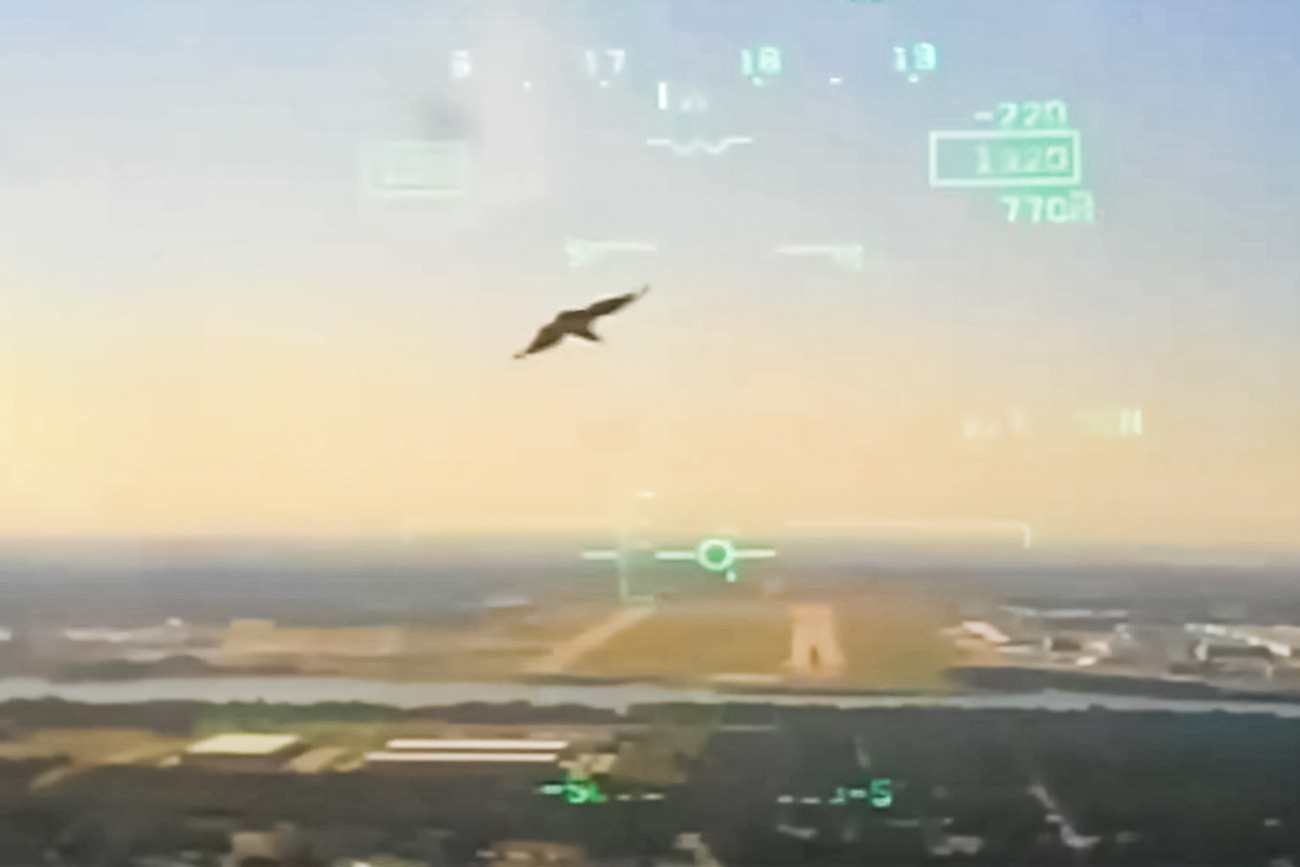 At the end of last week, a video emerged showing, from a camera in the cockpit, the moment when a plane crashed in a residential area a few seconds from the runway, after ingestion of a bird by the engine.

The crash in the following video happened on September 19, last year at approximately 11:00 am local time as the United States Navy’s T-45C Goshawk jet trainer aircraft was approaching Fort Worth Base, in Texas:

According to the US Navy, the trainer aircraft, assigned to Training Air Wing 2 at Naval Air Station Kingsville, Texas, crashed at Lake Worth approximately two miles northeast of the airbase.

Faced with the ingestion of the bird by the engine at low altitude and speed, there was no way to reach the runway and the two pilots ejected from the aircraft. The pilot is heard saying he would try to make it, but later said he couldn’t.

The instructor pilot left in stable condition, while the student naval aviator was left in serious but not life-threatening condition. Both were transported to medical facilities for evaluation.

The student had his parachute caught in power lines, having been electrocuted, so he was in critical health, while the instructor landed nearby.

According to Fox4News, the accident damaged three houses. Chris Sellers’ family was the most impacted. The jet engine was in their backyard. He was sitting with his 9-year-old daughter very close to the point of impact.

Mark Sellers, Chris’ father, was shopping with his wife at the time of the accident. Two months after the accident, the family said they were frustrated with the time it took to clean up the area and still shaken by what happened. “It was very scary,” said Mark. “We could have lost Chris and my granddaughter.”

Previous Startup from Ceará bets on automation to boost solar energy market
Next What does it take to get a good night’s sleep?