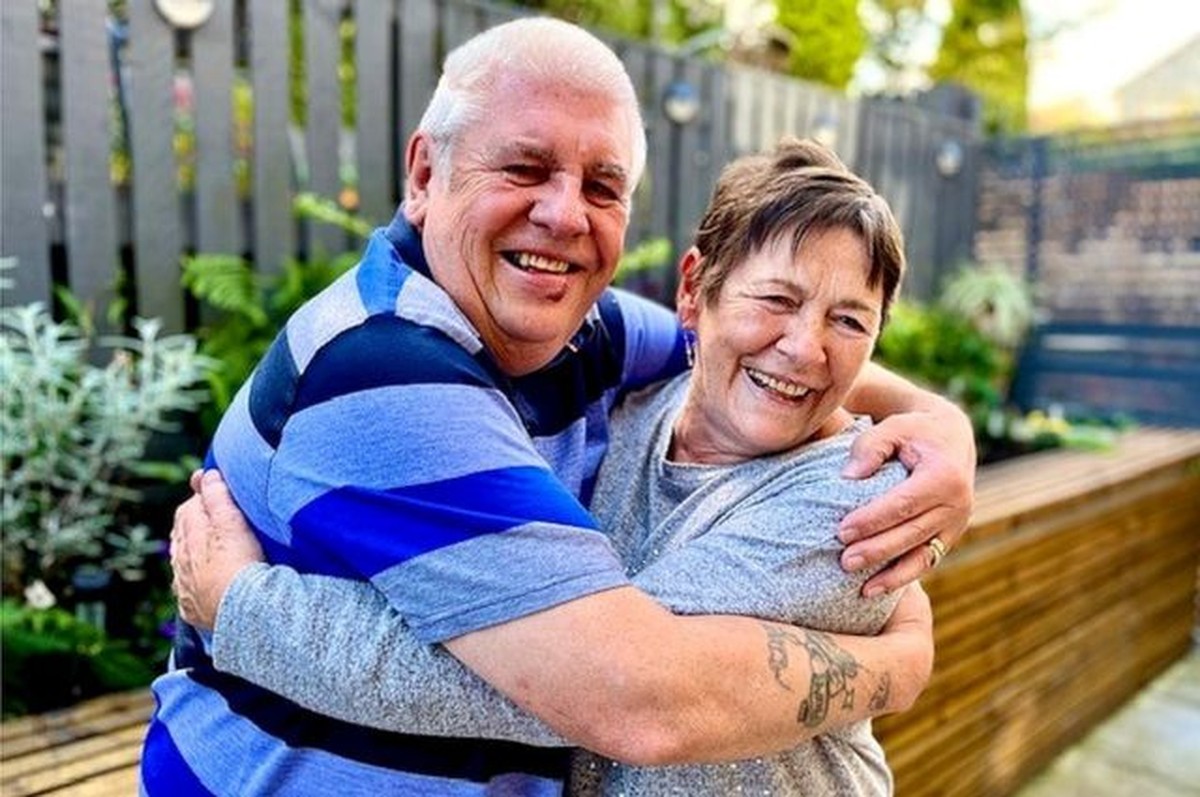 Some believe that finding a better half is something that is written in the stars.

But couple Jim and Margaret Mitchell have more reason than most to believe in fate.

Their paths first crossed in an incident shortly after birth—and a chance meeting nearly two decades later made them lifelong companions.

They’ve just celebrated their 50th wedding anniversary — and they celebrate the series of coincidences that led to their union.

The mothers of Jim and Margaret Mitchell noticed that there was something different about their newborn children right away.

The two were born at Lennox Castle Hospital in the Scottish city of Lennoxtown, in the north of the United Kingdom, within a day of each other — on 17 and 15 September 1952, respectively.

At the time, the maternity ward made a mistake: the nurses briefly delivered the babies to the wrong mothers.

“Both mothers were called Margaret. Hence the confusion of midwives who changed the babies”, says daughter Margaret, who turned 70 last Thursday (15/09).

Margaret with her mother as a baby — Photo: MARGARET MITCHELL/via BBC

This was just before the babies started wearing a name bracelet, but the mothers realized the mistake within minutes.

Jim moved with his parents in Arden, south Glasgow, and Margaret moved with her family in Knightswood, to the northwest.

“A friend was getting married and had a reception at his apartment in Queen’s Park, Glasgow,” says Jim, a retired engineer.

Jim had long hair and was ‘different’ from the guys Margaret used to date — Photo: MARGARET MITCHELL/via BBC

“We chatted at the reception. I thought she looked fabulous in that beautiful dress, so I worked up the courage to ask her out.”

“I was so glad she accepted because she was the prettiest girl in the room.”

After two months of dating, the mothers began to suspect that there was something familiar in the story.

“It was Jim’s mother who remembered the episode at the hospital. She put together several details and realized: our birthdays were very close, my last name was Rafferty and my father was a police officer”, explains Margaret.

The two moms finally met for the first time since swapping babies at the maternity ward — and they marveled at their children’s romance.

Jim and Margaret were married in 1972 — and now live in East Kilbride, outside Glasgow. They are retired, with two children, a granddaughter and a teenage grandson.

Last Friday (16), on the date between the anniversary of the two, they celebrated 50 years of marriage.

Margaret, a former sales executive, believes that if it weren’t for fate, she might never have chosen to date Jim.

“He was different from the guys I went out with. He had really long hair, but he was kind and considerate and totally different,” she recalls.

Starting the day with breakfast in bed, they told the BBC’s Good Morning Scotland radio show their secrets to a long and happy marriage.

“It’s just about getting along and enjoying each day as it comes,” says Margaret.

Previous Reports+: How to find out who unfollowed you on Instagram using the app | Productivity
Next Sexual abuse scene in new Marilyn Monroe biopic causes controversy on the networks – Monet