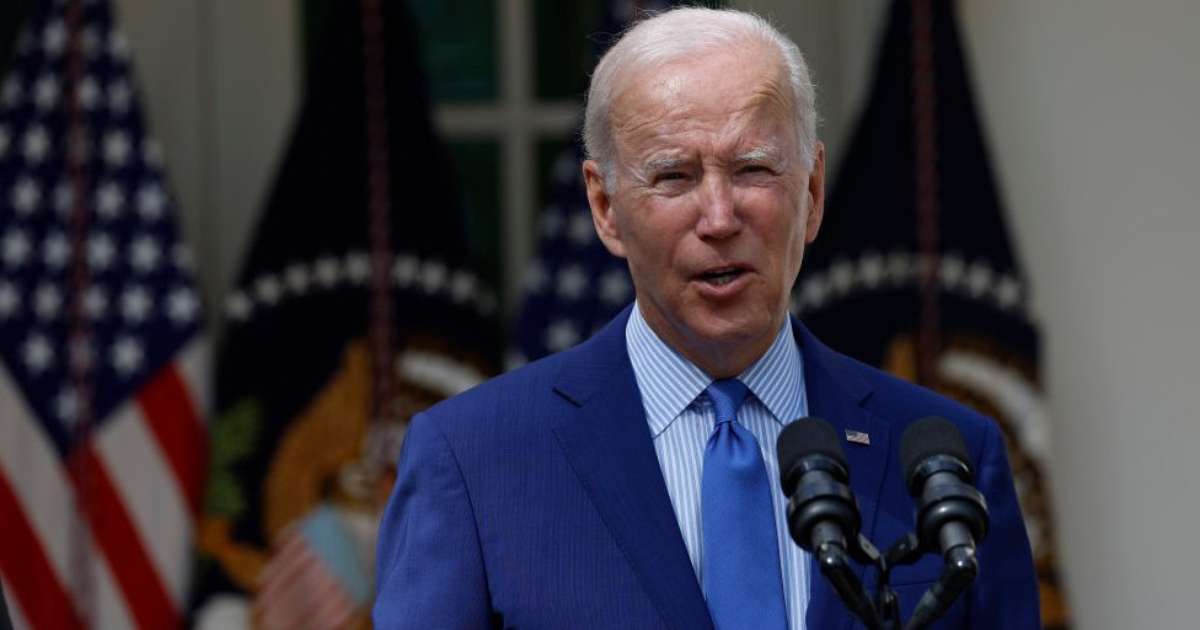 with more than 400 deaths a day from the disease, Biden says the pandemic is over in the US

The president Joe Biden declared the end of the pandemic in the United States, even as the number of Americans dying from Covid continues to rise.

“We’re still working hard, but the pandemic is over,” Biden said in a televised interview.

Statistics show that more than 400 Americans, on average, are dying from the disease every day.

In an interview with CBS’s 60 Minutes, broadcast on Sunday (9/18), Biden said the situation is improving rapidly, although much work still needs to be done to control the coronavirus.

The interview was partially filmed in the hall of the Detroit Auto Show, an auto show, where the president gestured towards the crowd.

“If you notice, nobody is wearing masks,” he said.

“Everyone seems to be fine and in good shape… I think [a situação] it’s changing.”

On Monday (19/9), US government officials told the media that the president’s recent comments do not signal a change in policy and there are no plans to lift the public health emergency because of covid-19 in the country.

In August, US authorities extended the public health emergency, which has been in effect since January 2020, until October 13.

To date, more than a million Americans have died from Covid-19.

Data from Johns Hopkins University show that the daily moving average of deaths in the United States is currently over 400, with more than 3,000 deaths recorded just last week.

In January 2021, more than 23,000 Americans died from infection with the coronavirus in a single week.

About 65% of the total US population is considered fully vaccinated.

Some federal vaccination mandates remain in effect in the US — including mandatory doses for healthcare professionals, military personnel, and some non-US citizens entering the country.

Some members of the opposition criticized the president’s comments. Former Secretary of State Mike Pompeo wrote on Twitter: “Biden now says ‘the pandemic is over’ but is expelling tens of thousands of healthy soldiers from the military with the Covid-19 vaccine mandate.”

Public health officials have expressed cautious optimism in recent weeks and understand that the world is approaching a pandemic recovery, but continue to urge people to be careful.

On Monday, Dr Anthony Fauci, head of the US National Institute of Allergy and Infectious Diseases, acknowledged that the situation had improved.

But in remarks made at an event held in Washington, DC, he said the daily death rate remained “unacceptably high”.

“We’re still not where we need to be if we want to ‘live with the virus,'” Fauci said.

The expert also warned that new variants of the pathogen could emerge, especially in the coming winter months.

The US recently authorized new vaccines that protect more against the recent versions of the omicron variant, which are currently dominant in the country. Federal health officials urge Americans to keep their booster doses up to date.

Last week, the director-general of the World Health Organization (WHO), Tedros Adhanom Ghebreyesus, declared that the world “has never been in a better position to end the pandemic”.

He also said that “it is already possible to see the end of the pandemic”.

Covid-19 continues to have a significant impact on the US economy. Last week, the National Bureau of Economic Research estimated that the disease had reduced the country’s workforce by about half a million people.

Biden also believes the pandemic has had a “profound” impact on Americans’ mental well-being.

“The pandemic has changed people’s attitudes about themselves, their families, the state of the nation, about that of communities…”, he listed.

“It’s been a very difficult time,” he confessed.

To date, more than 6.5 million people have died from Covid since the beginning of the pandemic worldwide. The United States has the highest number of deaths, followed by India and Brazil.

– This text was published in https://www.bbc.com/portuguese/internacional-62967216

Previous What would a smartphone that could last 10 years look like? It exists but is only sold in Europe
Next Olivia Wilde on Florence Pugh: “We work really well together”