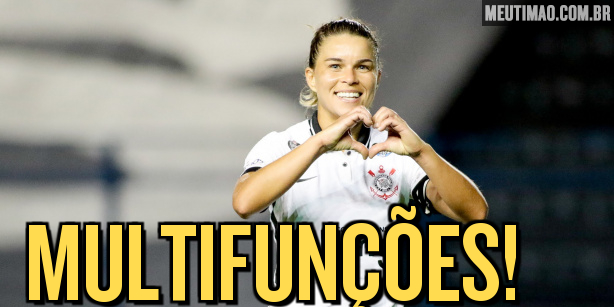 Corinthians side announced as Globo commentator for the World Cup

Corinthians already has a confirmed representative at the World Cup in Qatar, at the end of this year, even if outside the four lines. Left-back Tamires, from Timão’s women’s team, was announced as a commentator for Rede Globo for the World Cup.

Tamires will be one of three representatives of women’s football in the broadcast booths. In addition to her, striker Cristiane and former midfielder Formiga were confirmed as part of the team dedicated to games in Qatar.

In total, there are 500 names involved in the programming of the global broadcaster for the World Cup. The names announced this Tuesday alternate in the programs and broadcasts on TV Globo, SportTV and ge.globe.

The novelty, however, should not be the center of attention for Tamires throughout this week. It is worth remembering that the Corinthians women’s team decides the Brazilian Championship of the modality next Saturday, at 2 pm, in the final against Internacional, at Neo Química Arena.

Previous Larissa Luz meets Viola Davis for an exclusive interview with ”Saia Justa” this Wednesday, on GNT
Next “Bitcoin Pharaoh” has 72 hours to deposit BRL 19 billion in court account